Oscars 2022: Netflix at the top of the nominations

Over the years, original productions from the Netflix streaming platform have taken up more and more space at the Oscars.

Rewarding the “best” films of the past year, the 94th American Academy Awards took place on March 27th. For the results it will be in another news, since here we focus on the nominees.

In the list, Netflix Originals had 27 nominations, down from last year's record 35, but enough to top all other Hollywood studios. Not bad when you remember that the first and only film on the streaming platform was nominated in 2014. Not bad also when you know the hostility of some industry professionals who wanted to ban Netflix from the prestigious competition.

As for awards, Netflix won its first Oscar in 2018 with the documentary Icarus, then three more the following year with the film Roma. Little lull in 2020 with two prizes, then resumption of hostilities in 2021 with no less than seven victories. Source: Statista 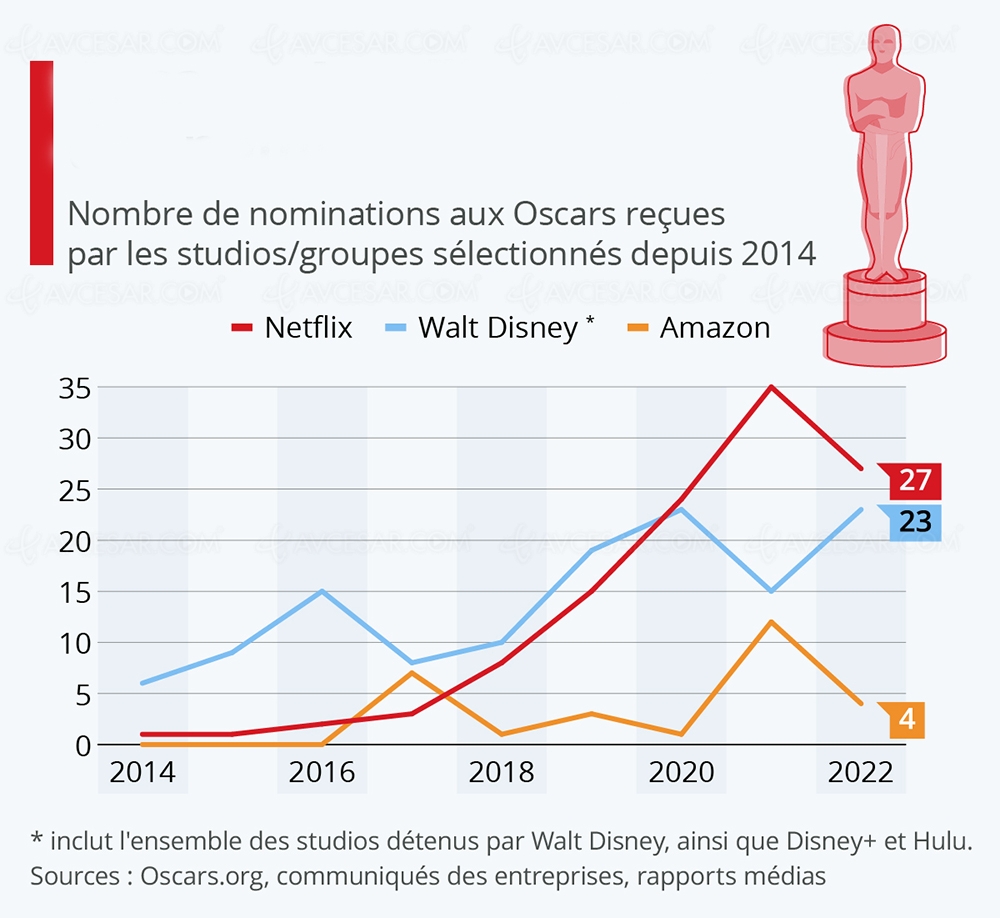