20 million reports for The Boys season 3 trailer, the buzz is on the right side

We are only at the stage of the trailer, which season 3 of The Boys is already causing a sensation and shocking in shambles.

Hard to believe that fans of The Boys are among the 20 million reports registered on Youtube following the release of the trailer for season 3 of Amazon Prime Video's flagship series.

After having seen the first two seasons (The Boys seasons 1 and 2), normally, we know that the series is not in the lace, that it squirts, that it loads and that it scatters like a puzzle in many episodes. And that the third season should be no exception to the rule.

In reality, this trailer only illustrates what the series is: a particularly trashy and enjoyable adult program. And rather than experiencing these 20 million reports as a bad buzz, the series' com team puts them squarely in the spotlight via an offbeat Tweet (see below). We had to be daring… but with a nice additional publicity stunt.

The Boys season 3 will debut on June 3, 2022 on Amazon Prime Video with the first 3 episodes. A new episode will then be unveiled every Friday, until the season finale scheduled for July 8. 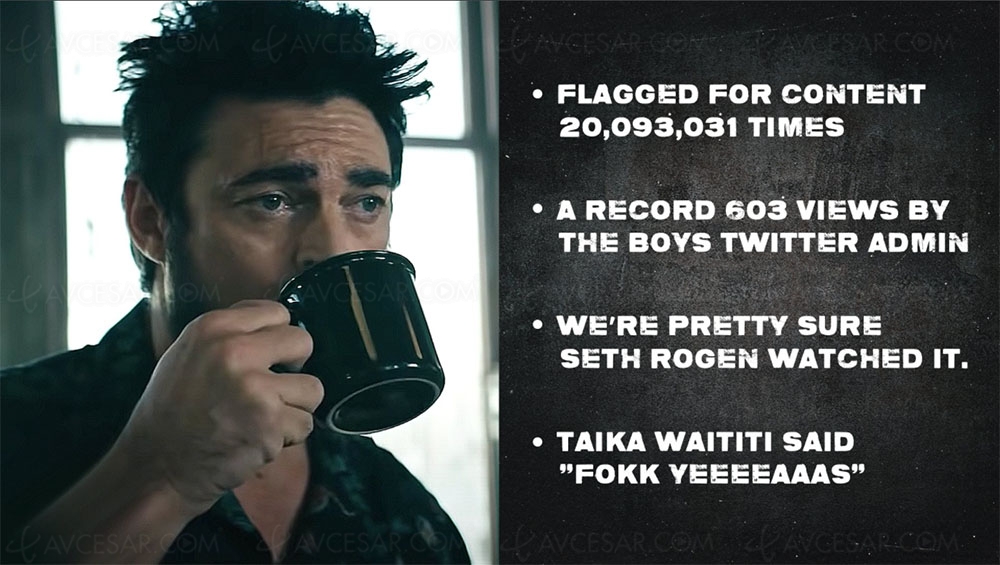