Break the sound barrier (in Japan)

If you pass by Kamiyama in Japan, take a look at this artistic installation, an encounter between local tradition and modernity.

Installed in Kamiyama in the Tokushima prefecture in Japan in January 2017, but apparently still in place, this torii - traditional Japanese gate - has the particularity of being made of used enclosures. The setup even has a Bluetooth transmitter to stream the music of your choice and even a mic input if you're in the mood for karaoke.

For the record, this “electroacoustic sculpture” was originally designed by American artist Benoit Maubrey for the 2015 Kobe Biennial, and subsequently found a second life in Kamiyama. If you ever pass by… 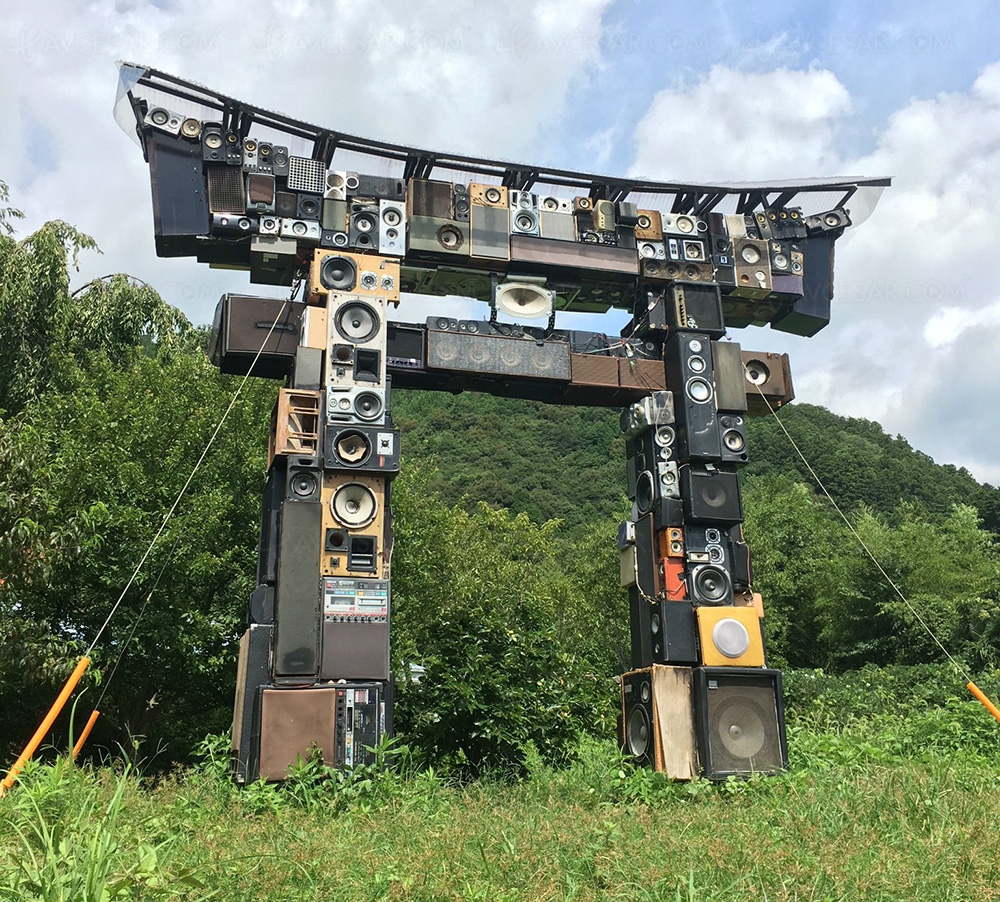