Face ID and Touch ID integrated under the iPhone screen

New indications as to the strong interest of Apple to offer in the future an iPhone whose screen would occupy the entire facade.

Filed in December 2018 by Apple and recently published, a patent entitled Transmission, reception through screen, or capture through micro-optical elements describes how the brand wants to place sensors behind the screen of a smartphone, rather than on edges as is currently the case.

Face ID and Touch ID are in one screen…

More precisely, Apple mentions the Face ID (facial recognition) and Touch ID (fingerprint recognition) sensors, carefully avoiding naming them. The document clearly states that it is a question of placing (and therefore hiding) these sensors behind the screen. The light would then pass (in one direction and the other) through transparent openings on all the layers that make up the screen.

Thickness of the next iPhones on the rise?

Where some sensors would be positioned completely under the screen, others could be integrated into invisible perforations. Apple specifies that such sensors should not be perceptible on the surface of the screen. The company admits that such technologies could ultimately increase the thickness of the screen.

Down with the notch!

All this to say that the firm is interested - if it was still necessary to specify it - by a total occupation of the screen on the front of its devices, the various sensors being hidden below, or in the same material of the screens , for an even more elegant aesthetic (farewell notch). 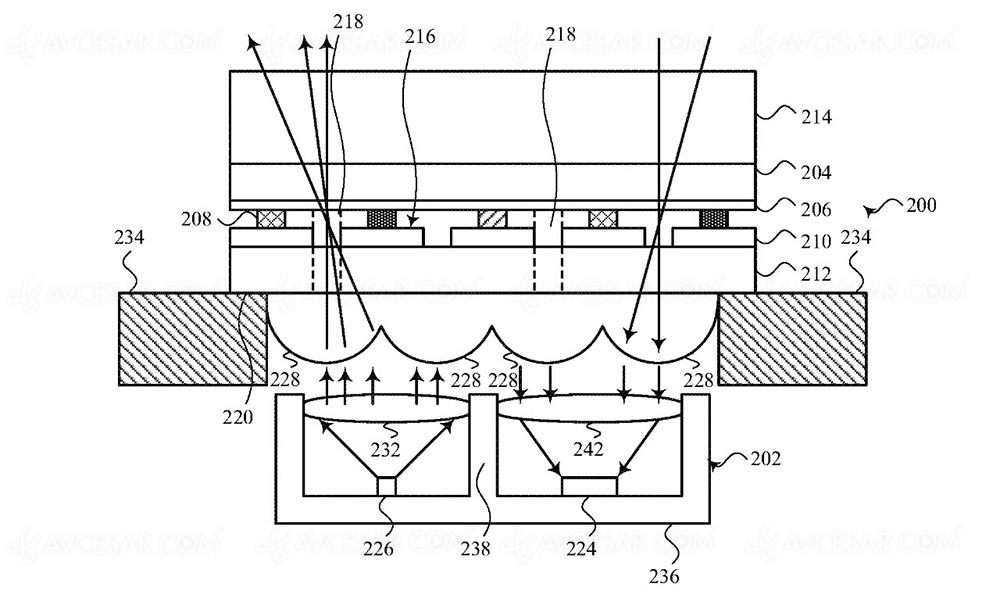