After the single folding of the Galaxy Z, Samsung could soon launch the double folding for smartphone screens. 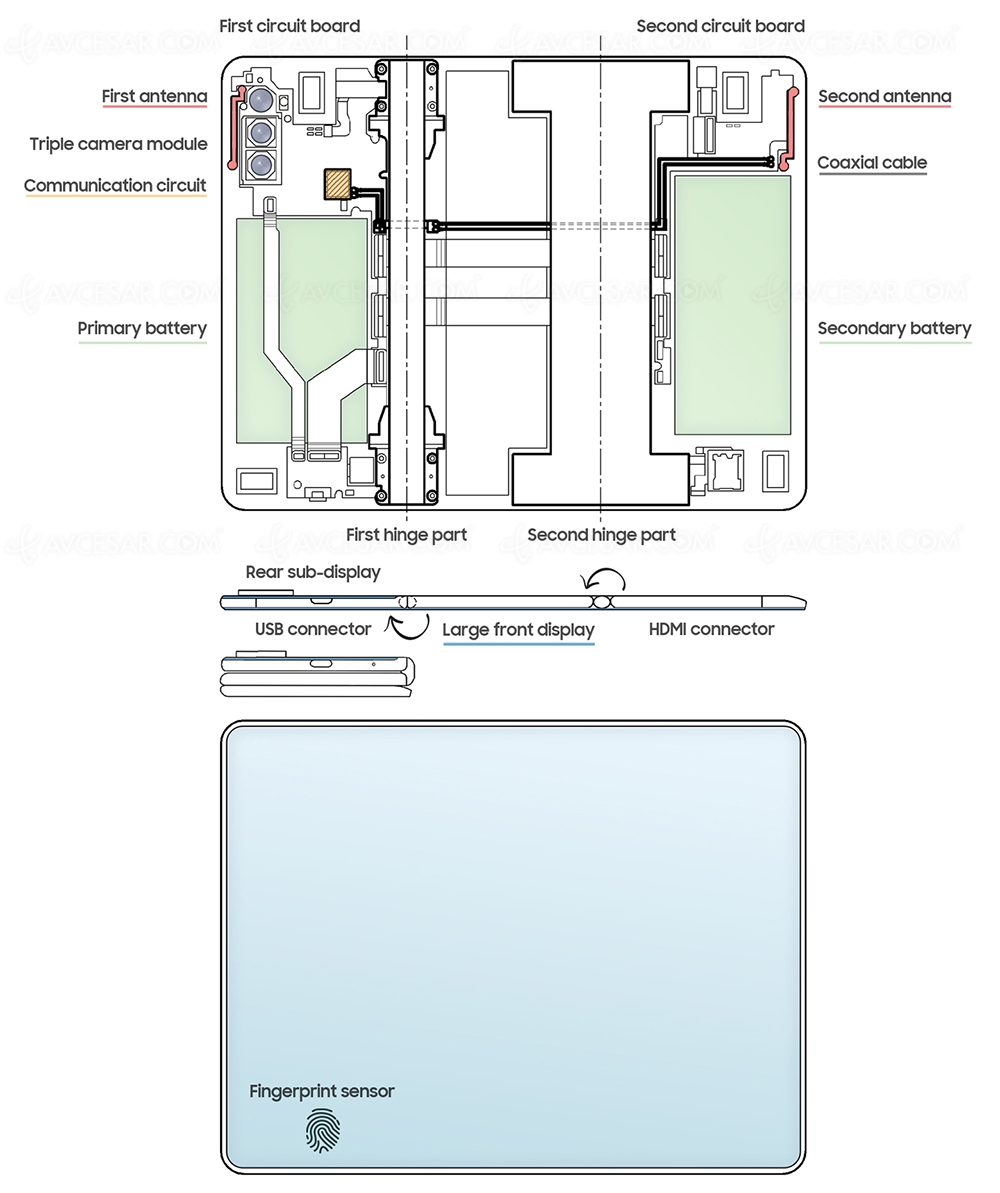 The device folds thanks to two hinges with opposite folds, giving the whole a Z shape when fully folded / unfolded. The patent gives more details, like the camera hidden under the screen, S Pen compatibility, and even an HDMI connector. As a reminder, patents do not provide definitive information on the final functionalities of a product, but allow us to give big clues about its design and its potential functioning.