31.12.2021 • 18h25
The Chinese manufacturer Hisense has just announced a few hours ago that the next CES show in Las Vegas 2022 which opens its doors next week will be the opportunity to unveil a world preview of an 8K Ultra HD Laser TV. The Hisense UH8 and Hisense U7H TV series are also expected.
The Asian brand is digging its furrows in the field of very large images with its Laser TVs, ultra-short-throw video projectors equipped with a TNT tuner. Capable of displaying diagonals between 80 '' (203 cm) and 120 '' (305 cm), all the models present in the range are of Ultra HD 4K obedience. 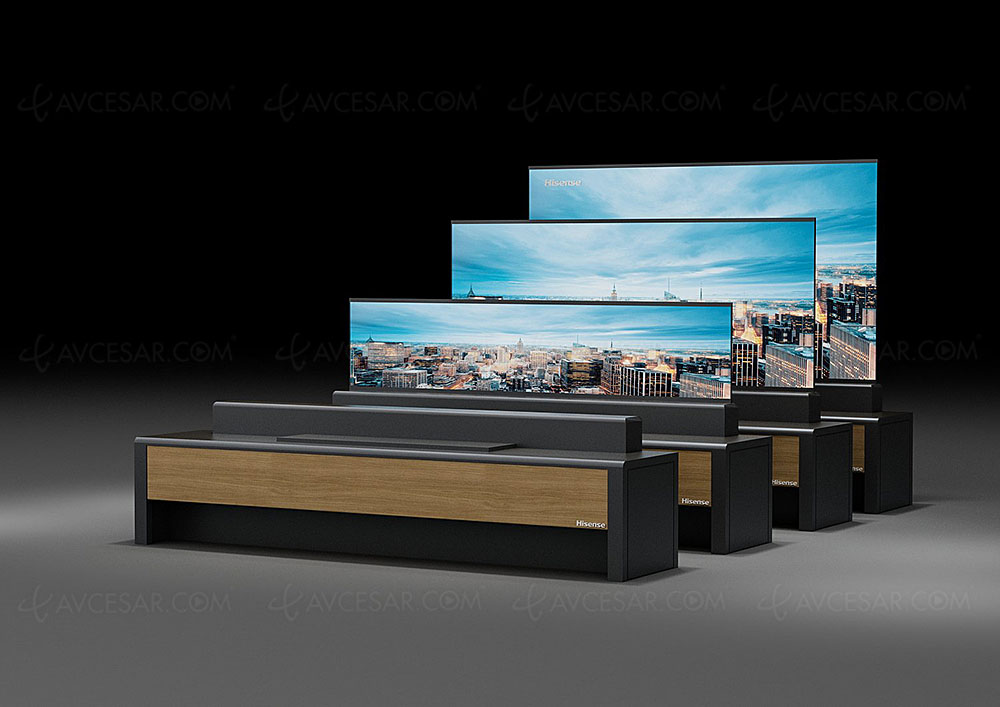 Hisense Laser TV 8K However, Ultra HD 8K definition will make its debut in Laser TV products with a specimen presented at CES in Las Vegas from January 5. We do not know anything more about this product, so we will have to wait for the opening of the show to collect more details about it. Namely, on the brand's Twitter account were posted two photos, the first showing the Hisense stand still under construction while the second uses the principle of the LG OLED65R1 roll-up TV adapted to Laser TV (see photo above). As a reminder, Hisense had already presented such a concept at CES in Las Vegas 2020 (see our CES 20 news> Hisense Self Rising Laser TV "roll-up" screen: video demonstration). If the brand does not make any other comments, its presence in a post (cf. Tweet below) evoking an 8K model legitimately and logically suggests that it is the latter. To be confirmed, however, after visiting the Hisense stand. Hisense UH7 and Hisense UH8 QLED TV As for televisions, if the exhibition of new Oled references is planned, Hisense also announces the QLED U8H and U7H series, again without further details. One info on the other hand, a new 8K TV should also appear on the stand. More details in a few days. 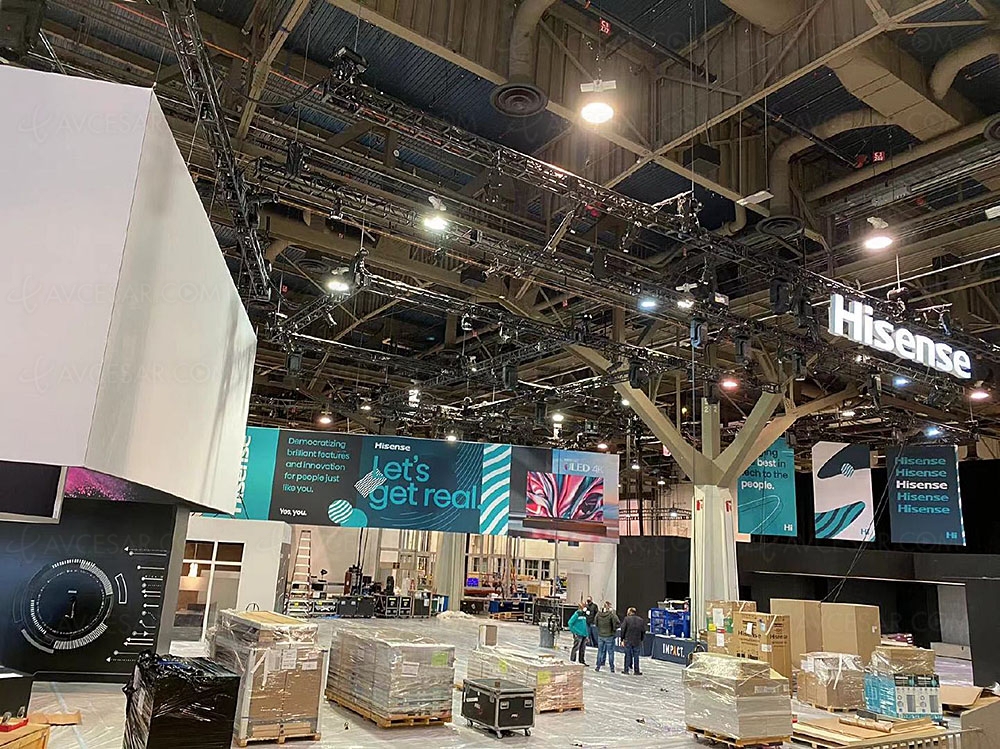