Star Wars Pod Racer racing (or almost) is only a few years away from becoming an official sport.

At the CES show in Las Vegas 2022 from January 5 to 8, the French company Maca will present the Carcopter, a real flying Formula 1 in development for several years. Yes Yes !

Final prototype scheduled for the end of 2022

More specifically, a model and an augmented reality experience of the device will be presented. A 1/3 scale prototype has been operational since 2019, and the final prototype - capable of accommodating a pilot - will be presented in the second half of 2022.

Carcopter in support of Formula 1?

Flying vehicle running on hydrogen, the Capcopter is already arousing the interest of several F1 circuits in France, Italy and the United States, interested in organizing flying machine races in the first part of F1 competitions, from 2024. After the sporting events, Maca will distribute its Carcolpter to individuals (wealthy, that goes without saying), then to professionals for logistics transport. 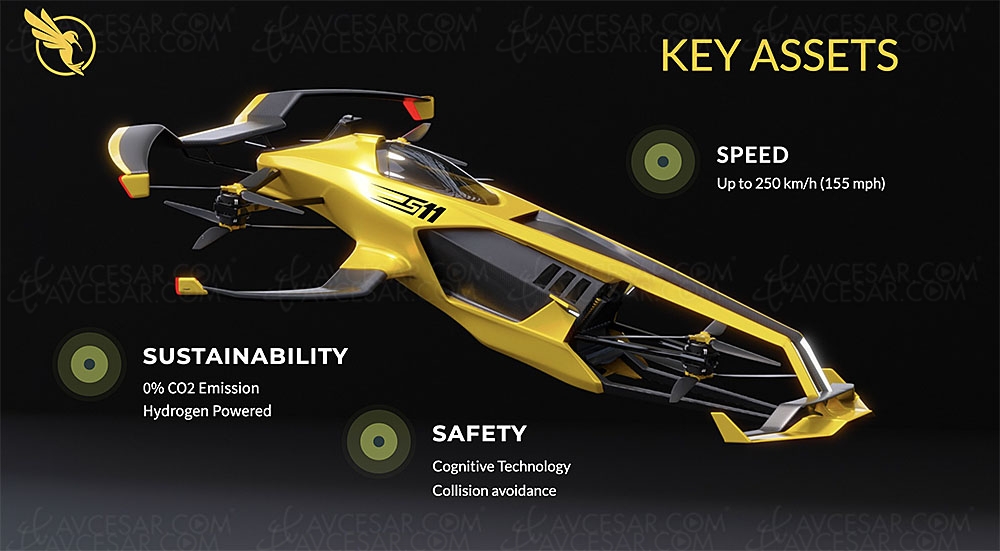