Concept image and video of an incredible smartphone of the future, based on real patents from Chinese manufacturer Vivo.

In collaboration with Let's Go Digital, designer Technizo Concept was inspired by a patent filed in June this year by Vivo, describing a smartphone crammed with incredible technologies. We start with the possibility of unfolding / folding on three axes, to form either a smartphone a little thicker than the average, or a large tablet in 16/9 format. 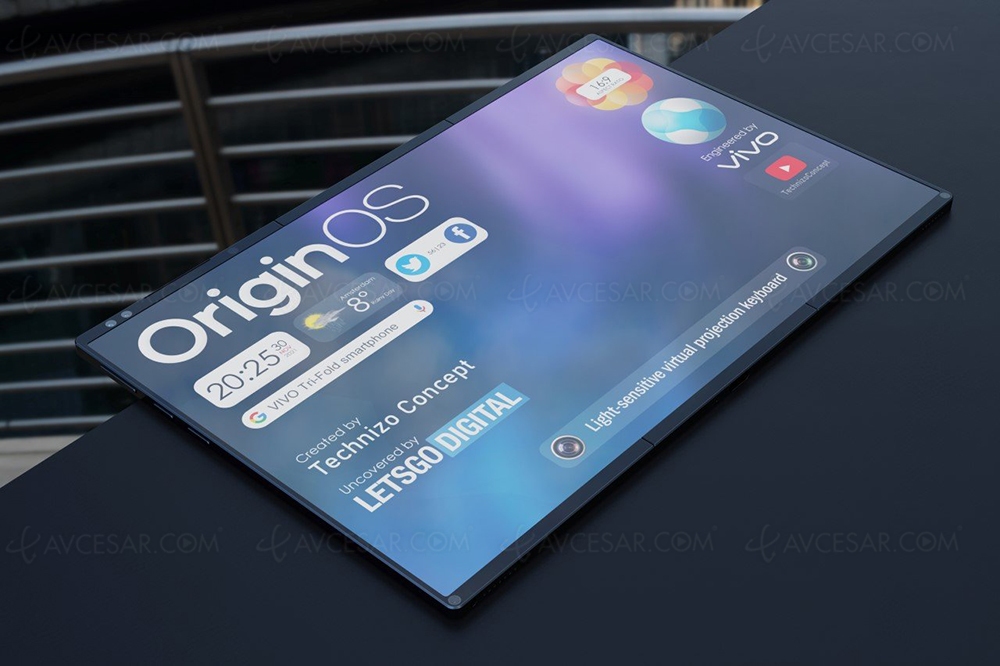 There are also two small projectors at the bottom of the tablet, displaying a keyboard on a flat surface when the device is placed on its edge (see images below and below), probably using 'a retractable support. Naturally, this holographic keyboard can be used thanks to a technological witchcraft that other manufacturers are already exploring since Samsung already filed a similar patent in 2016. This project is thus similar to a real auxiliary laptop, easy to carry and usable when your main machine is not at hand. 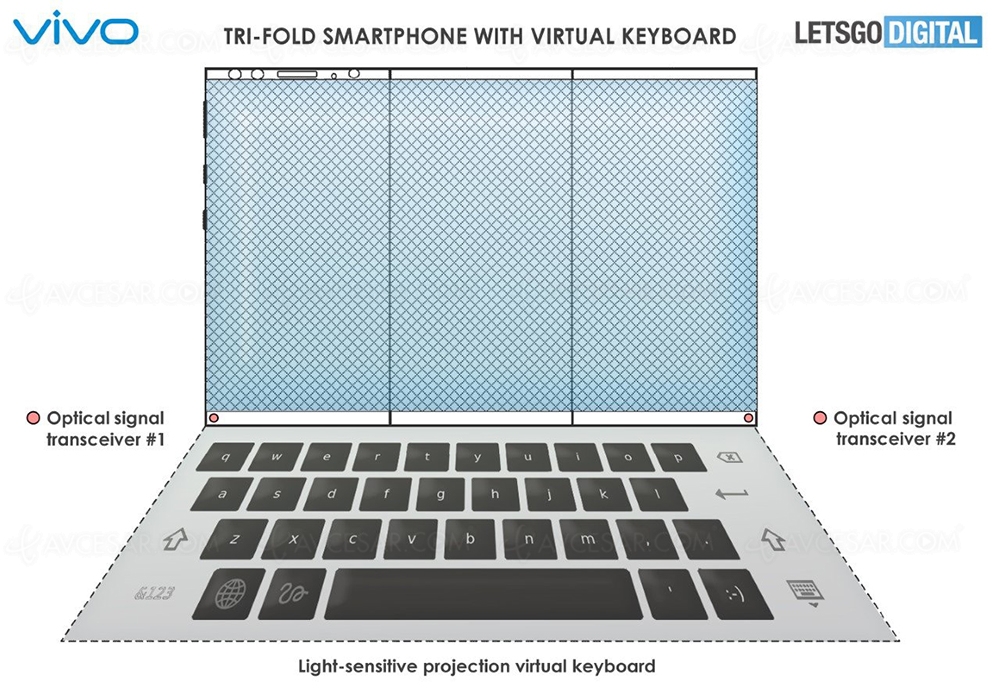 As always, remember that patents do not confirm that a product is in development, but allow us to give big clues as to the directions explored internally by its manufacturer. 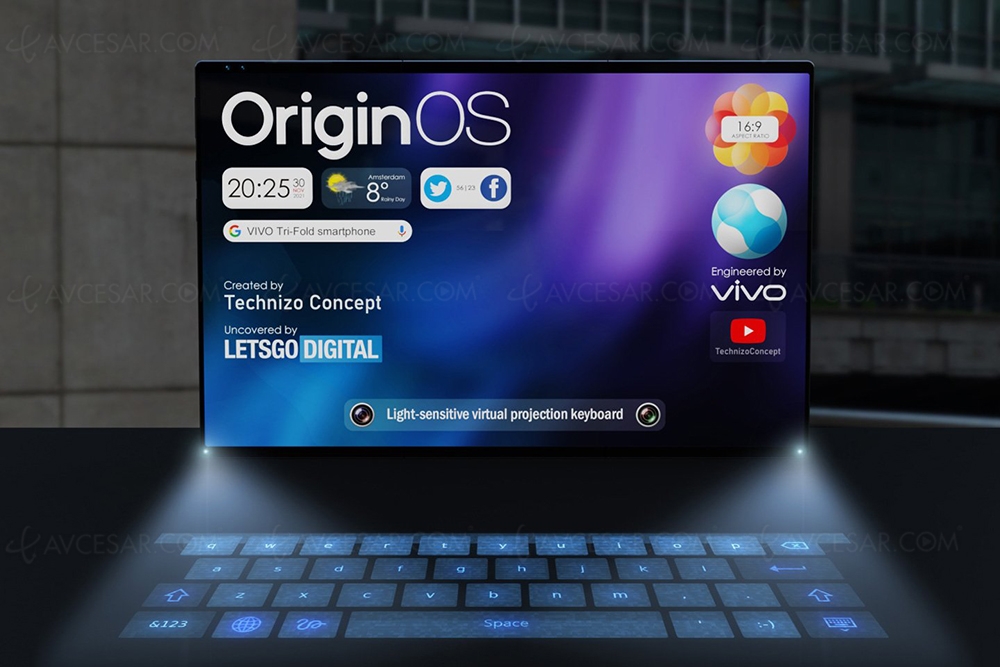