James Cameron has unveiled some new unseen photos of Avatar: Pandora, the sequel to Avatar.

More than ten years after the phenomenal triumph of Jame Cameron's debut opus, the Avatar sequel is terribly long overdue, and news and photos are sparingly revealed.

Things become clearer however in the last issue of Entertainemnt Weekly with a first image unveiled in which we can see James Cameron and Edie Falco (General Ardmore) inside a man-made plane. On the second shot, we discover the director directing actors in a giant swimming pool, on the third, an underwater aquatic ballet, and the fourth shows how to tame a sea creature.

Kate Winslet and Vin Diesel on the bill 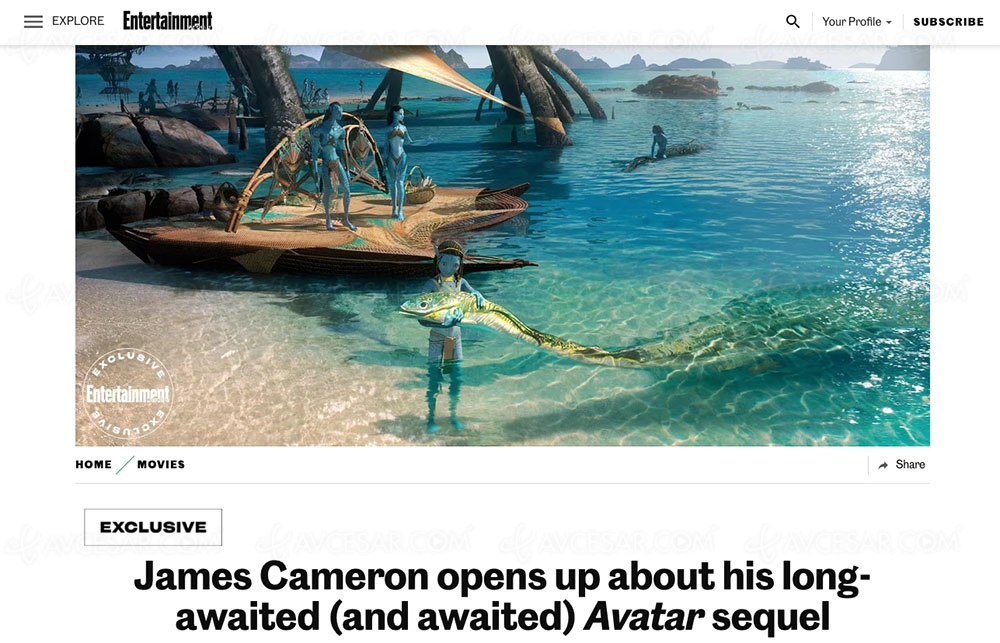