Unsurprisingly, the GAFAMs (again) take all the dollars

Bringing together the big tech companies Google, Amazon, Facebook, Apple and Microsoft, the acronym GAFAM should perhaps change to be called GAMAM, since Facebook is now called Meta. But let's move on.

The topic of the day concerns the combined turnover of these giants which amounts to 1350 billion dollars between September 2020 and September 2021, for a net profit of 300 billion. The surge in the tech economy linked to the health crisis is of course not for nothing. Thus, compared to the previous twelve months, Microsoft posted 43% growth, Amazon 51%, Meta 59%, Apple 65% and Google 98%.

Statista amused himself by relating the profits of each company to a number of dollars earned per second. So, over the past year, Apple has generated the margin of $ 3,000 per second! The rest of the results in the illustration below. 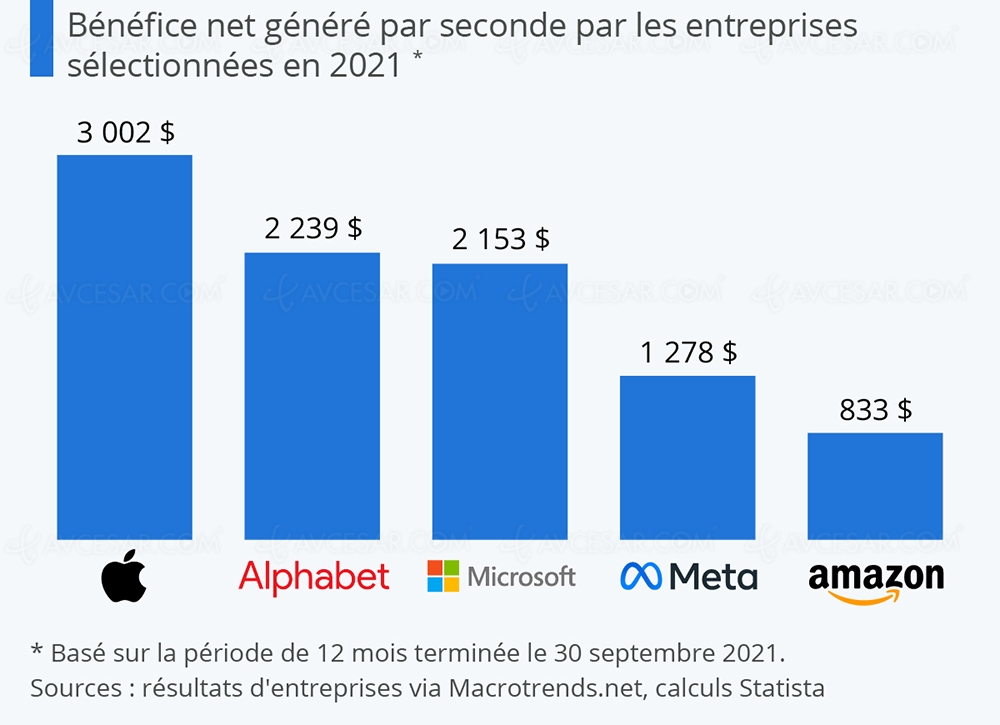