Canceled, the “small” Samsung Micro LED televisions (76 '' and 88 ''), should return to the fore next year with other diagonals.

Samsung announced the arrival this year of 76 '' and 88 '' Micro LED TVs, before simply and purely canceling the first one. But, as already announced in our columns, the company could launch in 2022 Micro LED models smaller than the already existing 99 ”and 110”.

Samsung Electronics would have asked AUO and Samsung Display to manufacture 12.7 '' TFT LTPS (Low-Temperature Polycrystalline Silicon) panels for Micro LED TVs. Until then, the company used PCB (printed circuits) for its specimens, and the process will be simplified with TFT LTPS technology. The principle remains the same, several 12.7 '' panels are assembled in a matrix to achieve the desired screen size.

Samsung would thus release in 2022 Micro LED models 114 '', 101 '' but also 89 '' (as already mentioned, the 89 '' should correspond to the 88 '' model initially announced). As a reminder, the advantages of Micro LED technology are far superior to those of Oled, but the prices are still too high to ensure sufficient competitiveness. Source: The Elec 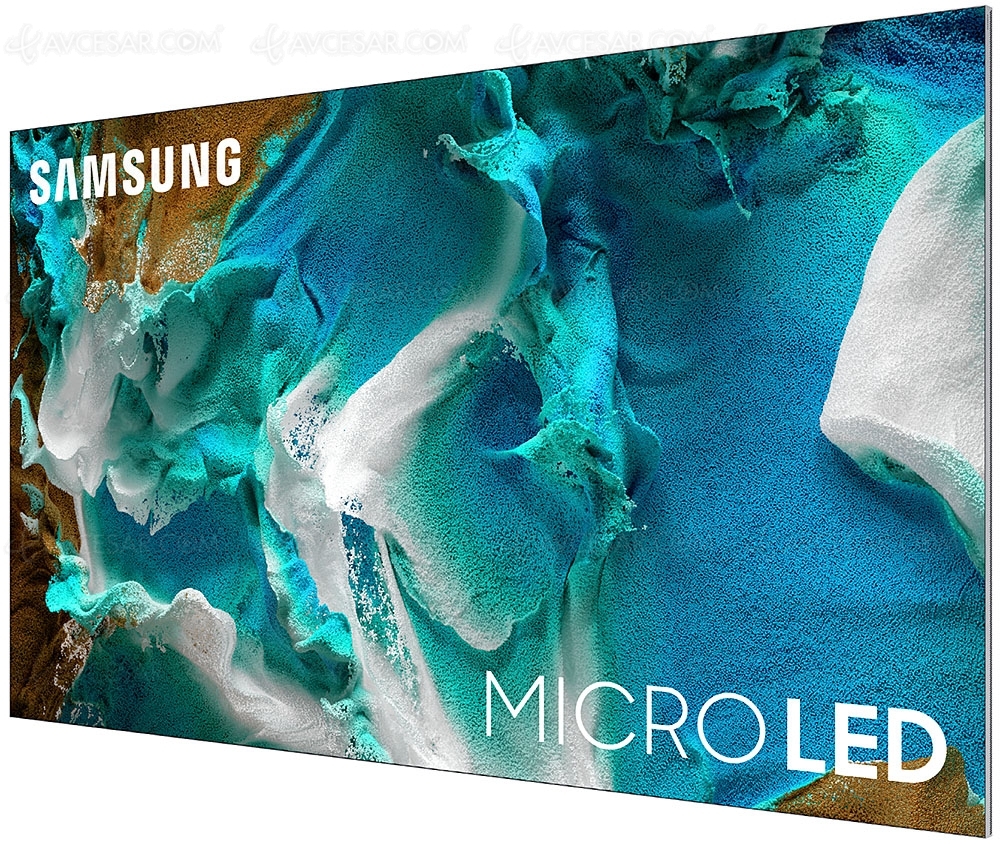