The Taiwanese founder Mediatek presented a few days ago its latest high performance chip which will be at the center of many 8K Ultra HD TVs from 2022, the MediaTek Pentonic 2000.

Taiwanese MediaTek recently introduced its latest processor - the Pentonic 2000 - which will be found in high-end 8K Ultra HD televisions from next year. As a reminder, MediaTek processors are already used in more than two billion televisions on the world market.

The first model of its kind to be manufactured with the TSMC 7 nm engraving process, the Pentonic 2000 is compatible with UHD 8K 120 Hz screens, and up to 144 Hz for optimized management of latest generation PCs and consoles. Its processor for AI (artificial intelligence) allows advanced Upscaling, that is to say capable of improving the resolution of the image.

Note the support for Picture-in-Picture (PiP) and Picture-by Picture (PbP), allowing the display of a video wall from multiple sources on a large 8K screen. 6E and 5G Wi-Fi compatibilities facilitate 8K streaming, or simultaneous streaming from multiple sources. Finally, the new chip will also integrate an adapted motion compensation.

It is also the first processor to feature Versatile Video Coding (VVC) H.266 encoding, enabling improved compression, essential in these times when streaming is king for accessing content. Finally, note the HDR compatibility Dolby Vision, Dolby Atmos and even AV1. Namely, Mediatek announces that its latest processor will deliver about 30% more power, or about 55% decrease in power consumption at equal power.

“The Pentonic 2000 places MediaTek at the forefront of smart TV design with its ability to provide consumers with rich and crisp images, bright screens and crisp sound, as well as a smart and intuitive user experience,” said Dr Mike Chang, Corporate VP / Managing Director of Smart Home Business Group at MediaTek. We are delighted to mark this final milestone in our long history of working with TSMC and look forward to more technological advancements to come. ” Speak to Dr. Kevin Zhang, SVP / Business Development at TSMC !!! ! “By adopting TSMC's N7 process, MediaTek is bringing technology capable of supercomputing living room applications to deliver the next generation of multimedia experiences to consumers,” said Dr. Kevin Zhang, SVP / Business Development at TSMC. We are proud to once again work hand in hand with MediaTek to deliver the leading product in the digital television world. ” 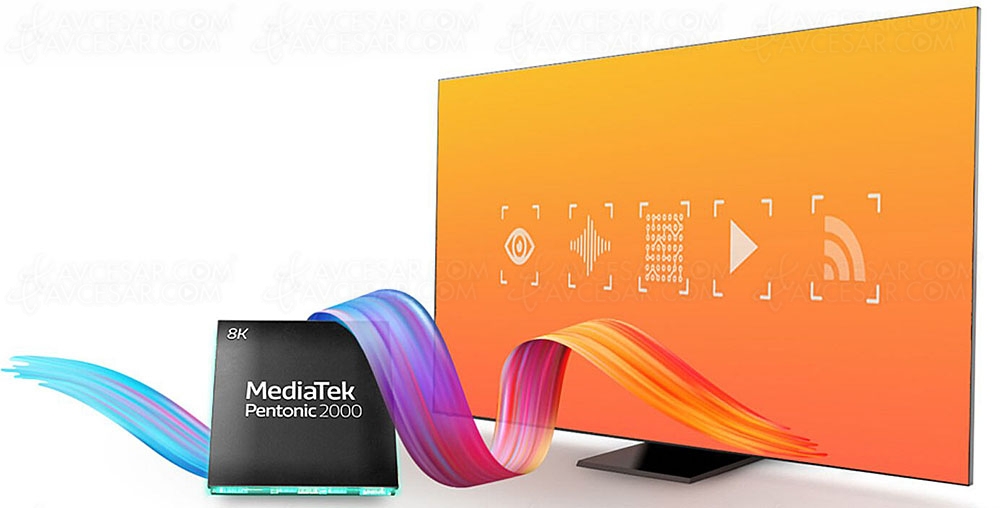