Top 10 Most Profitable Licenses of All Time

Disney monopolizes the ranking of the biggest cultural franchises, even if the first two places are still occupied by Japanese characters.

Appeared in a GameBoy video game in 1996, Pokémon still tops the list of the most lucrative licenses of all time with $ 105 billion in revenue to date. The second place goes to another Japanese creation, Hello Kitty, which has accumulated some 85 billion dollars.

Disney occupies half of the Top 10

In third place comes Winnie the Pooh belonging to Disney, an empire well established in this Top 10 since it is also represented there by Mickey Mouse, Star Wars, the Disney Princesses and even the Marvel Universe. In this regard, compared to the 2019 ranking, the Marvel Universe has gained ground to pass the enormous Mario of Nintendo and Harry Potter. The Disney Princesses have also gained popularity to overtake the Japanese hero Anpanman in this Top 10. Source: Statista 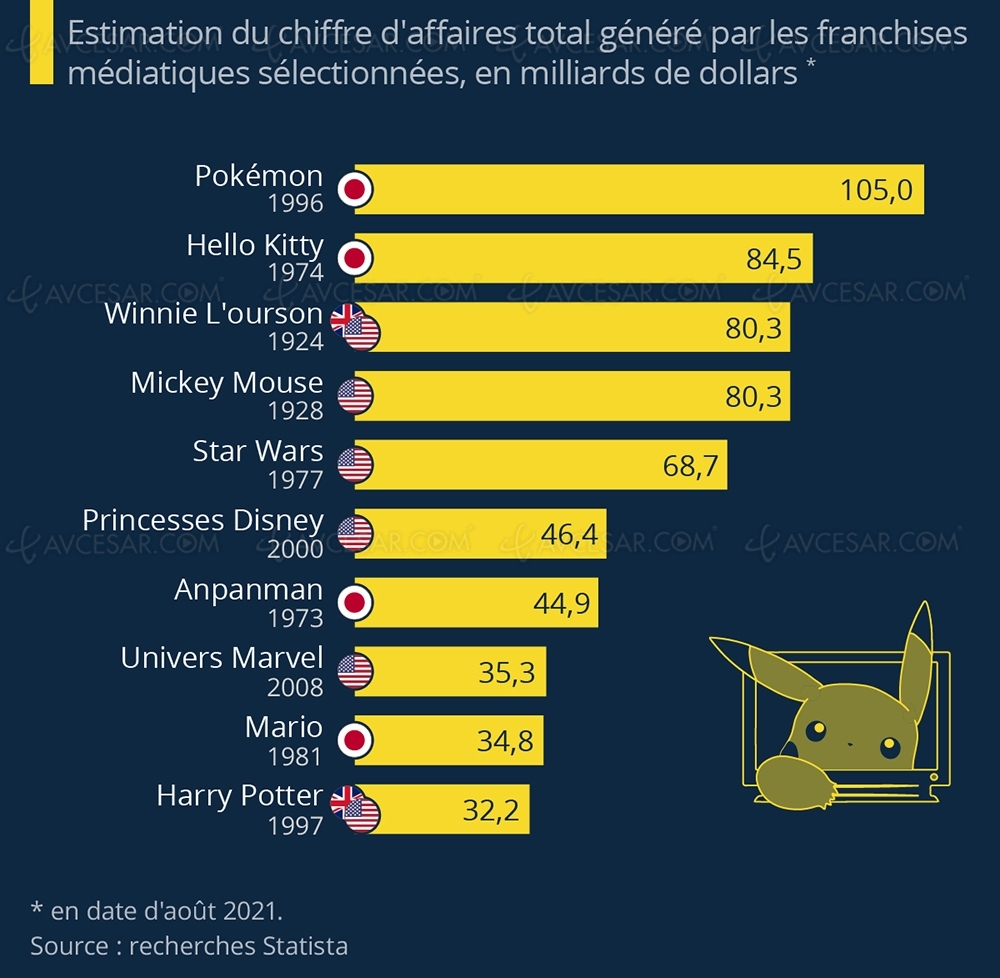