An Xbox Series X Collector personalized with the image of the famous Italian luxury house Gucci has just been released, notice to the super-rich.

On the occasion of the twentieth anniversary of the Xbox brand (first console launched in November 2001), Microsoft has teamed up with the luxury house Gucci to publish an Xbox Series X Collector.

Limited to 100 pieces and numbered, the console is decorated with the famous laser-engraved "GG" monogram. GG, these are the initials of Guccio Gucci, but also of “Good Game” meaning “well played” in gamer language. The Xbox is accompanied by two controllers, also in Gucci colors, and a stylish case to carry everything. Available from November 17 in the brand's stores at a target price of $ 10,000. 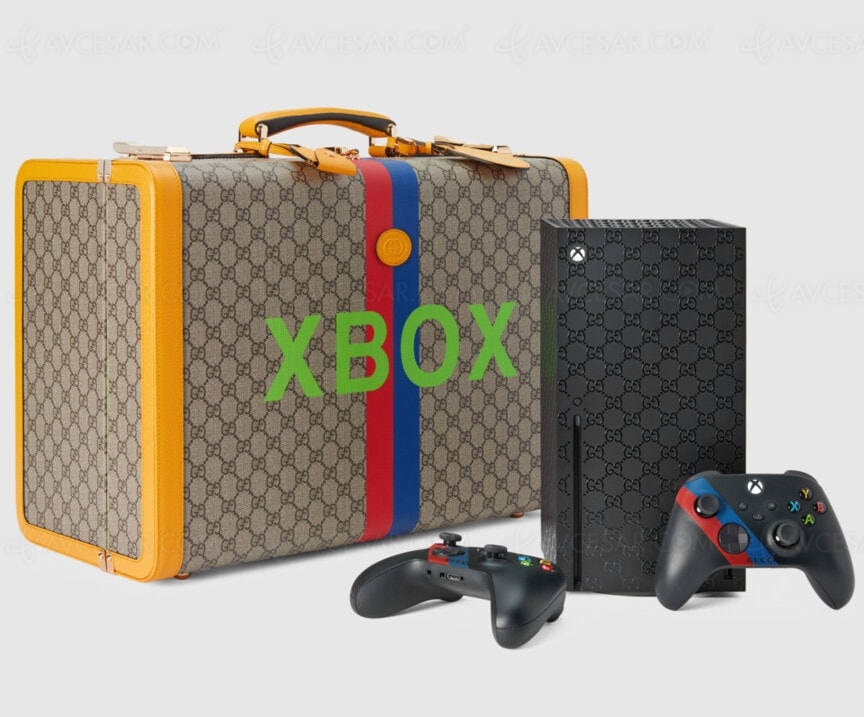