Netflix video games on Android and even iOS

Netflix now offers video games to its subscribers, even on iPhones and iPads with their AppStore, which is known to be restrictive for this type of service.

Compulsory use of Netflix games on iOS

The offer is currently limited to a handful of games -Stranger Things: 1984, Stranger Things 3: The Game, Shooting Hoops, Teeter (Up), and Card Blast- reserved for subscribers, and should expand to over time. To adapt to the restrictive policy of the AppStore, Netflix games can be accessed directly there, and once downloaded can only be used if you log into your Netflix account.

Also note that, if you are not, iOS games offer you to subscribe to Netflix via in-app purchase, which is a percentage for Apple in the event of payment. An interesting novelty knowing that Netflix had stopped offering its subscriptions through its application in 2018, precisely to avoid paying a margin to Apple. However, the subscription is limited to the Standard offer (limited to two simultaneous screens in 1080p quality) billed at € 13.49 per month. And at the time of writing, once the offer has been subscribed, it is impossible to modify your subscription… 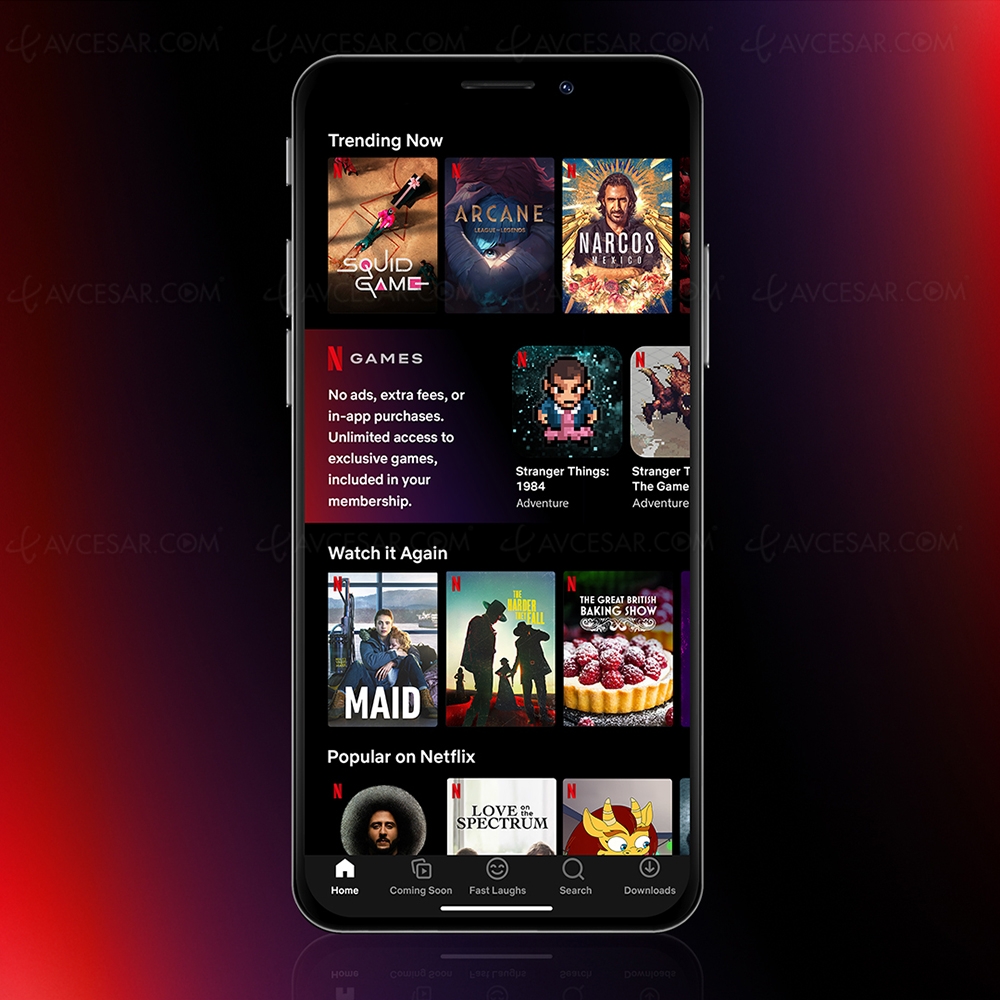