Record broken for the distribution of Tesla cars

The year 2012 is a long way off, when Tesla only distributed 2,600 electric cars worldwide. The company, which launched its first vehicles in 2009, delivered nearly 500,000 cars worldwide in 2020. And in 2021, this record is already largely broken since 627,000 Tesla have already been distributed in one quarter of the end of the year. .

The company estimates that it will be able to reach around 750,000 cars by the end of December. And as a reminder, more than 200,000 vehicles of the brand were sold in the second quarter, then 240,000 in the third. Overall, the performance is to be welcomed, especially given the shortage of electronic chips which also affects the automotive sector. Illustration: Statista 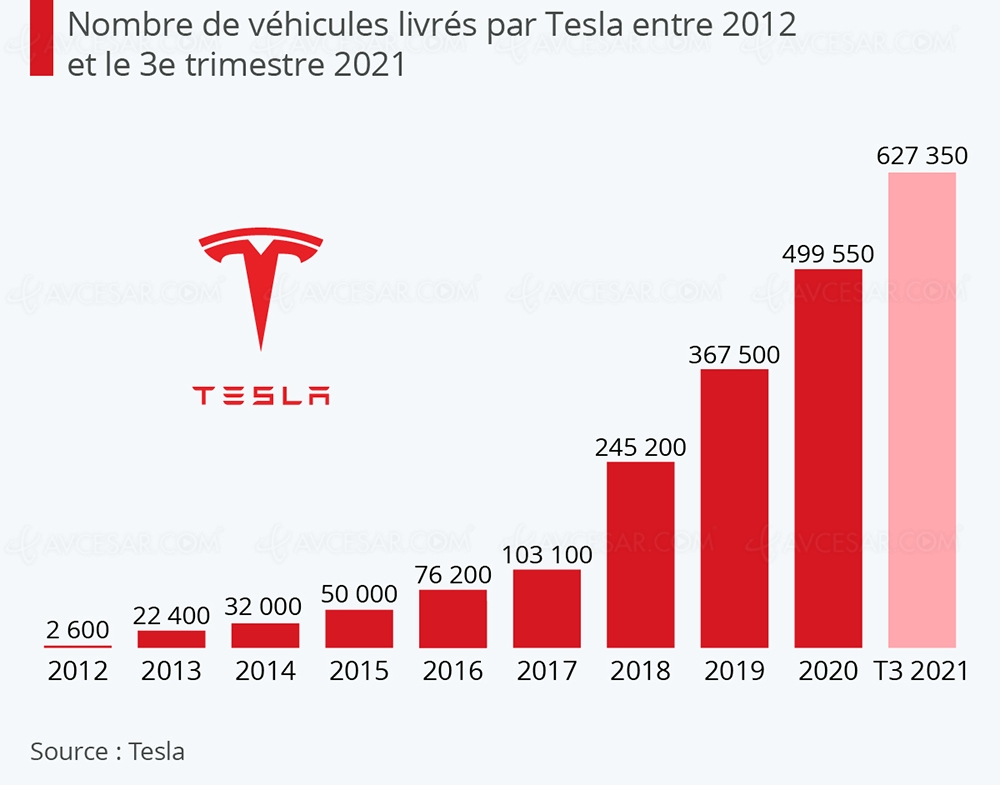