Born of an internet joke, the Xbox Series X mini fridge can be booked now.

With a capacity of up to 12 cans, the Xbox Series X mini fridge will be available at Micromania in December, in time for the holiday season. Displaying colors and textures reminiscent of the Microsoft console, it is also equipped with a USB port to charge your devices. Reservations are already possible, for an indicative price of 99.99 euros.

Why an Xbox Series X fridge?

But why this fridge? Small historical reminder: last year, when Microsoft unveiled the appearance of its future console - the Xbox Series X, still not marketed therefore - the internet did not take long to ridicule it. Due to its monolithic shape, the machine was quickly compared to a refrigerator (lol). But rather than hide in a corner struck by shame, Microsoft took the opposite view by outright announcing the very limited series production of an Xbox stamped refrigerator, a giant replica of the Xbox Series X with connectors and the logo Xbox that light up.

Then last April, in the final against Skittles in a popularity competition led by Twitter, Xbox had promised to market to the public an Xbox mini-fridge in case of victory. Thing promised thing due, thank you internet. 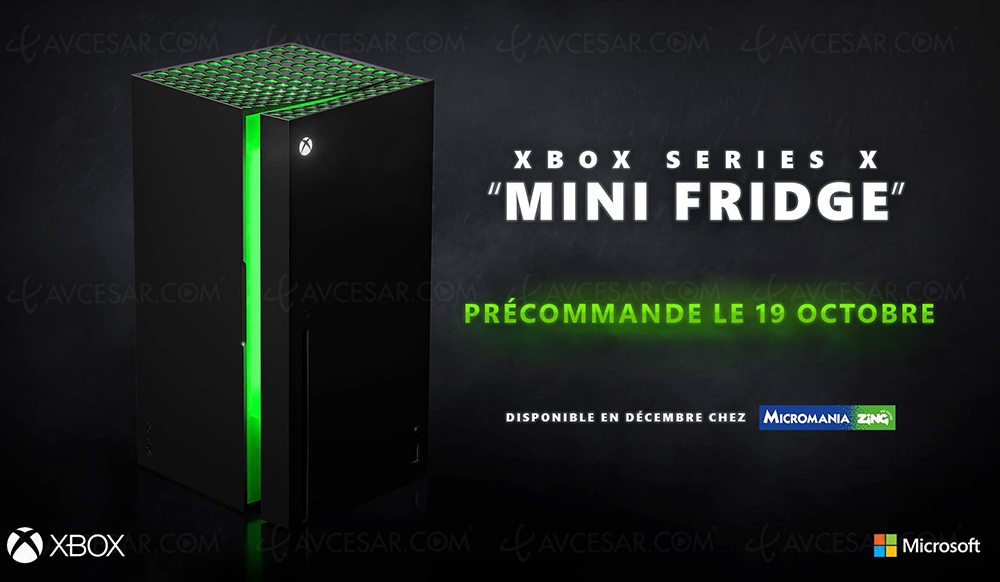