Do you underestimate the time spent on iPhone?

Absorbed by the screen, most of the users do not see the time fly by on their smartphone.

Last August, online gaming site Solitaired conducted a survey of nearly 700 iPhone users, asking them how much time they estimate they spend on their mobile per day. They were also asked to send a real-time screenshot, available in Device Settings.

65% of users underestimate the time spent on their smartphone

It turns out that 65% of users underestimate this time, thinking they spend an average of 3 hours and 42 minutes per day, while the real average time is 5 hours and 42 minutes, which is two hours more. The survey also asked them which apps they thought they used the most, and 52% couldn't answer specifically. These results show how much we automatically use our smartphones without even thinking about it.

The real numbers show that social media apps are the most popular, with each person spending an average of one hour and 23 minutes on them per day. TikTok and Twitter are the champions with an average of 1.6 hours per day each. 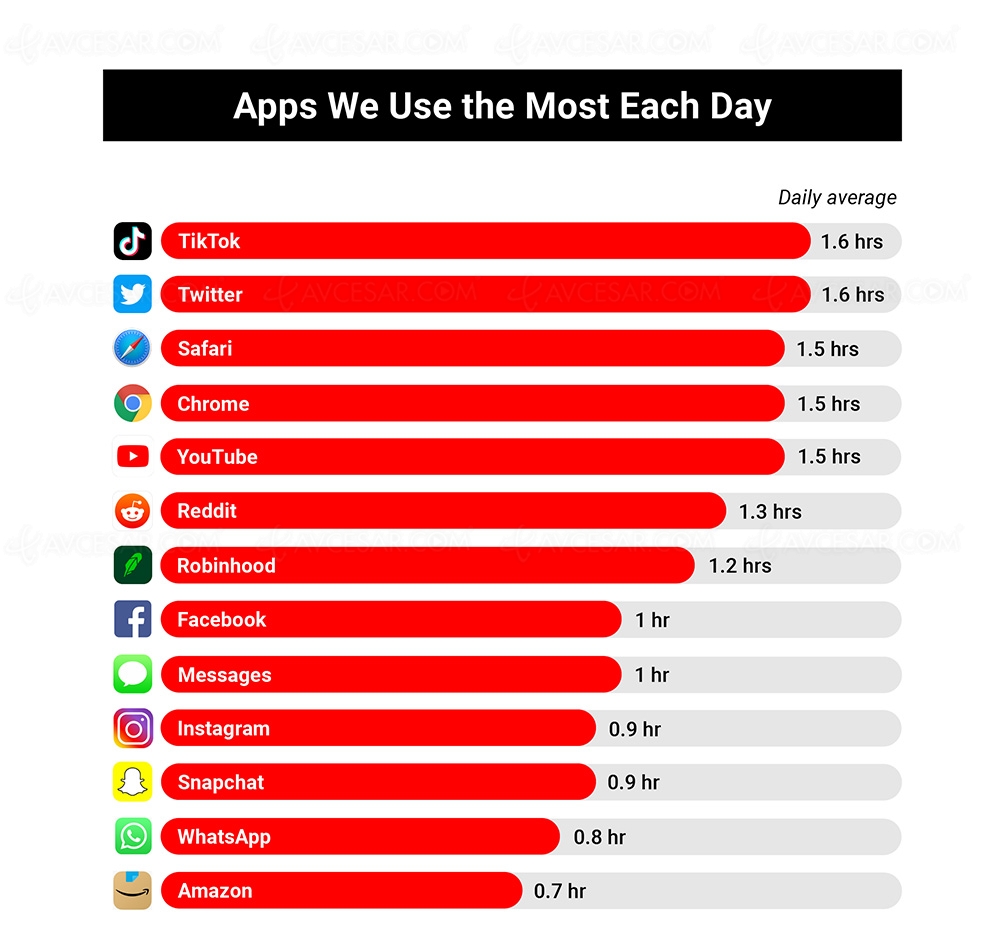