The saga of QD Oled technology developed by Samsung Display, the manufacturer of screens from the Samsung group, is on the way to finding a positive outcome in the TV market after many ups and downs which were almost fatal.

We are not going to go back over the history of the development of QD Oled screens and its many reversals of the situation that we have been talking about in our columns since 2018 but rather look to the future which promises to be rosy for this new display technology. which combines organic diodes (Oled) and Quantum Dots nanocrystals. Cu Tech Corporation unveils Samsung Display's QD Oled TV production The latest information comes from the financial communication of the South Korean company Cu Tech Corporation, a supplier of semiconductors and electronic components, on the occasion of its next IPO scheduled for October 8. These, relayed in the online magazine The Elec, report the delivery to Samsung Display of materials necessary for the establishment of five production lines of printed circuit boards (PCBA) used in the manufacture of QD Oled televisions. . 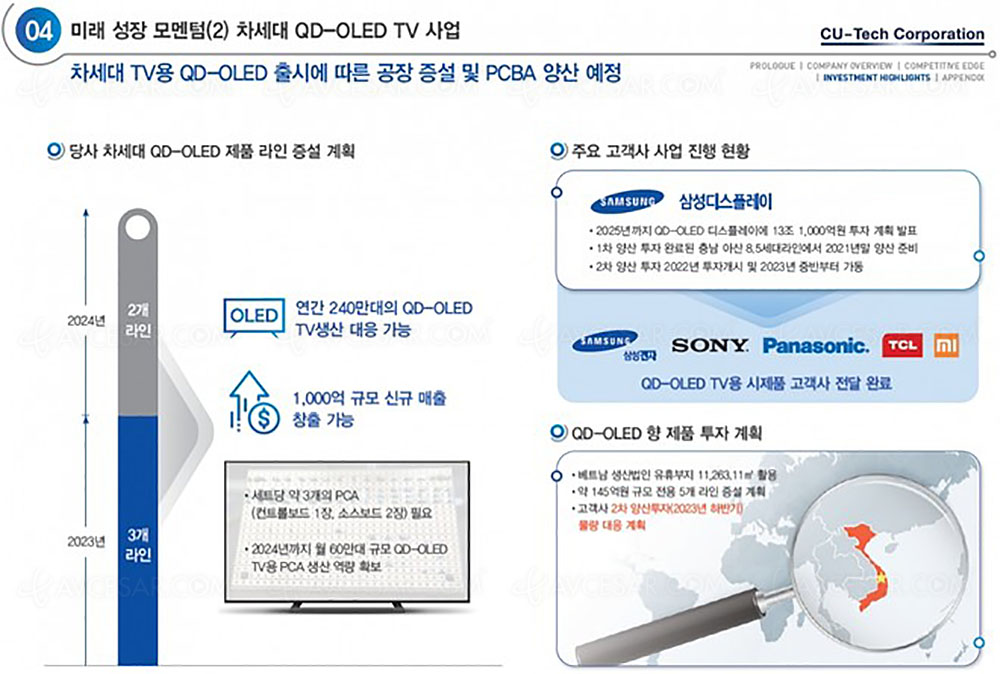 QD Oled TV panels made in Vietnam Also during this speech, Yoo Hee-sung, the boss of Cu Tech Corporation said that the start of QD Oled TV production within Samsung Display is scheduled for the end of 2021, on the Q1 line. of the Asan factory in Vietnam. We also learned from his mouth that Samsung Display has organized all this for a long time with a first investment as early as 2019. Likewise, the documents presented to analysts also mention a new tranche of investment from 2022. TV QD Oled Samsung, Panasonic, Sony, TCL and Xiaomi in 2022? Finally, the Cu Tech Corporation roadmap provides for a significant increase in QD Oled production with 2.4 million TV panels in 2024. Last precision, one of the documents presented by Cu Tech Corporation reveals the customers already interested in the technology (see visual above) and which should be among the first to offer this type of television on the market. These are of course Samsung Electronics (see our news TV QD Oled Samsung 55 '', 65 '' and 70 '' presented at CES Las Vegas 2022), Panasonic, Sony, TCL and Xiaomi. To this list, the editorial staff of AVCesar.com adds the name of Philips (see our news TV panels QD Oled Samsung Display also under study at Philips), but it seems that the latter has not yet decided to go further. As mentioned in the Samsung news link above, the next CES show in Las Vegas 2022 in January should logically see the presentation to the world of the first QD Oled TVs. 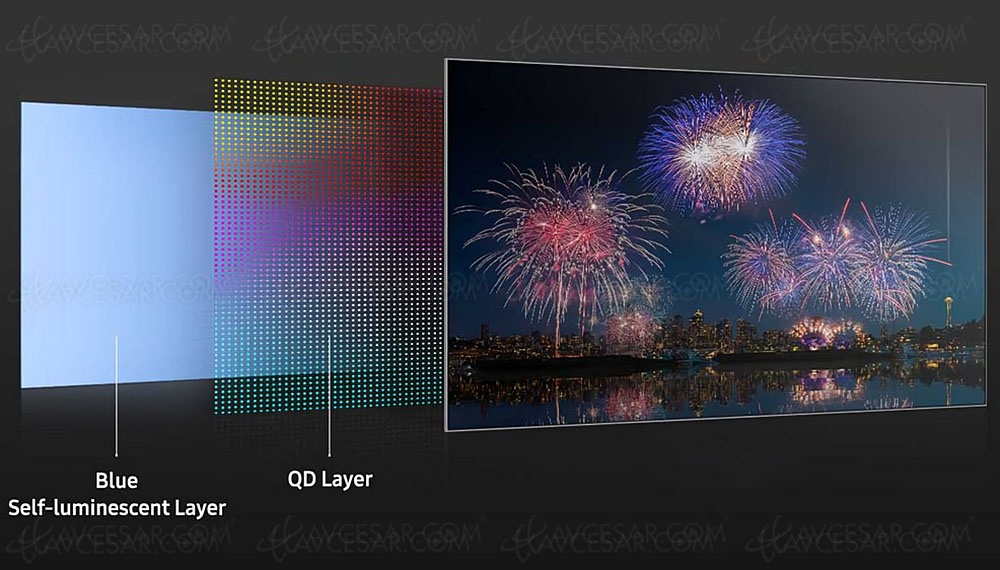