Despite its sales success, the iPhone generates less and less public interest as the years go by.

The Statista site has measured the buzz generated by Apple smartphones since 2007 by relying on data from Google trends. Basically, how many people have Google searched for the term “iPhone” each year.

Naturally, the figure was at its lowest in 2007, when the first iPhone was released, then gradually rose until it reached a peak in 2012 for the iPhone 5. This maximum popularity, quantified at 100%, then descended over time. releases of the following versions to reach a little over 50% for the latest models marketed, iPhone 12 and iPhone 13.

iPhones that are too predictable?

These results stem in part from the economic recession caused by the health crisis, but the lack of major innovations from one year to the next is also to be pointed out, the public anticipating the fact of being less and less surprised as new versions are presented. Note that in parallel, the turnover generated by iPhones still tends to climb. Like what, the buzz… 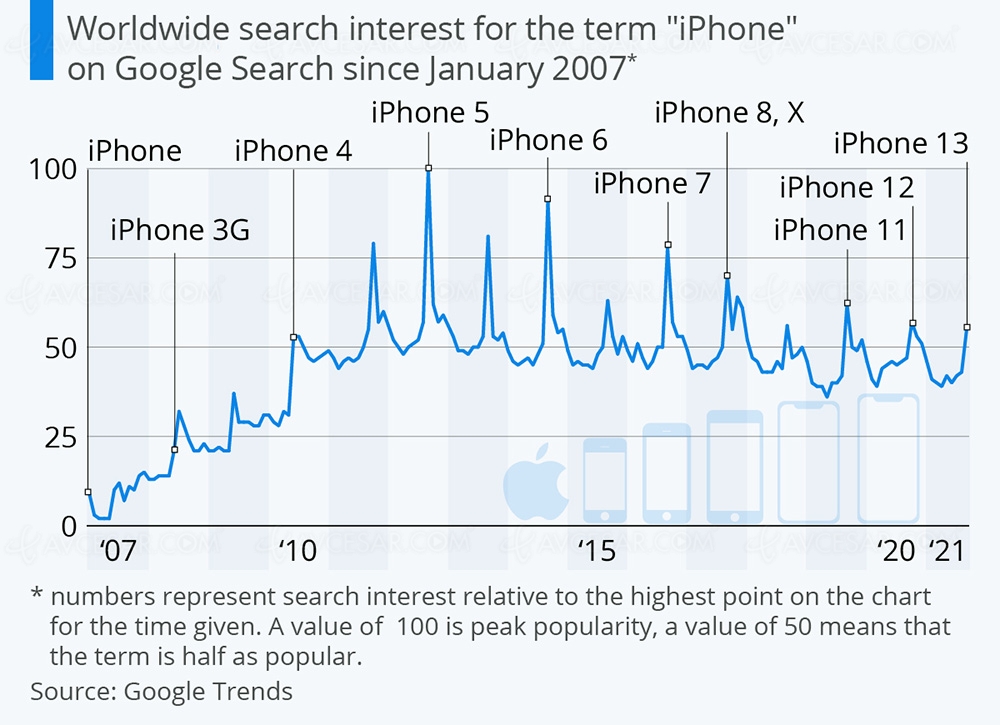