Apple's explosion since the turn of the century

Evolution of Apple's turnover by sector over the last twenty years…

To say it, Apple has literally changed its face since 2001. A respectable name in IT after being a major pioneer in this sector, the company has today become a technology giant that has revolutionized so many areas that it has changed the face of the world.

You will find below a graph compiled by Statista detailing the evolution of Apple's turnover in the various segments that the company occupies: computers, services, wearables and of course iPhone and iPad. Also note that the turnover of Apple was in 2001 of 5.4 billion dollars for a deficit of 25 million, whereas it amounts in 2020 to 274.5 billion for a profit of 57.4 billion.

Sacred development which is not about to stop, since in the first three quarters of 2021 alone, the company's turnover (282 billion) already exceeds that of the whole of 2020. 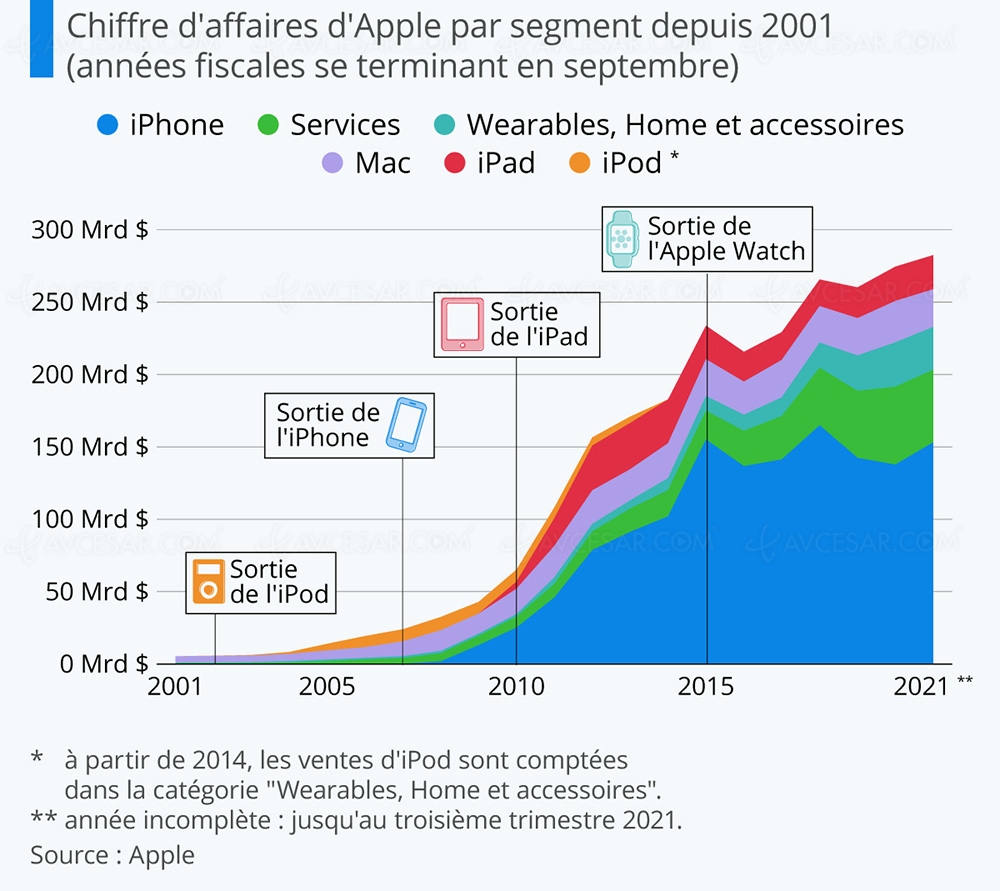