Filming of the next Coppola Megalopolis: Apocalypse Now

The filming of Megalopolis, the next film by Francis Ford Coppola, turns into a disaster. “Papy” is resisting.

The shooting of the new film by 83-year-old director Francis Ford Coppola, according to several concordant sources reported by The Hollywood Reporter, would go extremely badly.

With the film halfway through and with 80 to 90 days of shooting remaining in the city of Atlanta, several key creative elements have departed, including the feature production designer and art supervisor. footage. And at the very beginning of December, the entire special effects team had quit.

Initially, the film had a budget of 120 million dollars partially financed by Coppola's personal money (he sold his famous vines in northern California for 10 million dollars). Since then, overruns have been chronic and a source indicates that the schedule initially planned is untenable for the remaining 90 days.

Furthermore, the filming was initially supposed to use the same virtual technology as that of The Mandalorian, but budget overruns will force Coppola to use green screens, a less expensive technology. Between hasty departures and dismissals, Copolla continues year after year to want to turn. A new team has already been hired this week.

At the same time, we talk about the director of Apocalypse Now who had to deal with a heart attack at the time, truly apocalyptic filming conditions, helicopters and recalcitrant actors, etc. And as a reminder, the entirety of the special effects team of his Dracula had already left the ship in the middle of the shots. and in the end, the films are successes. 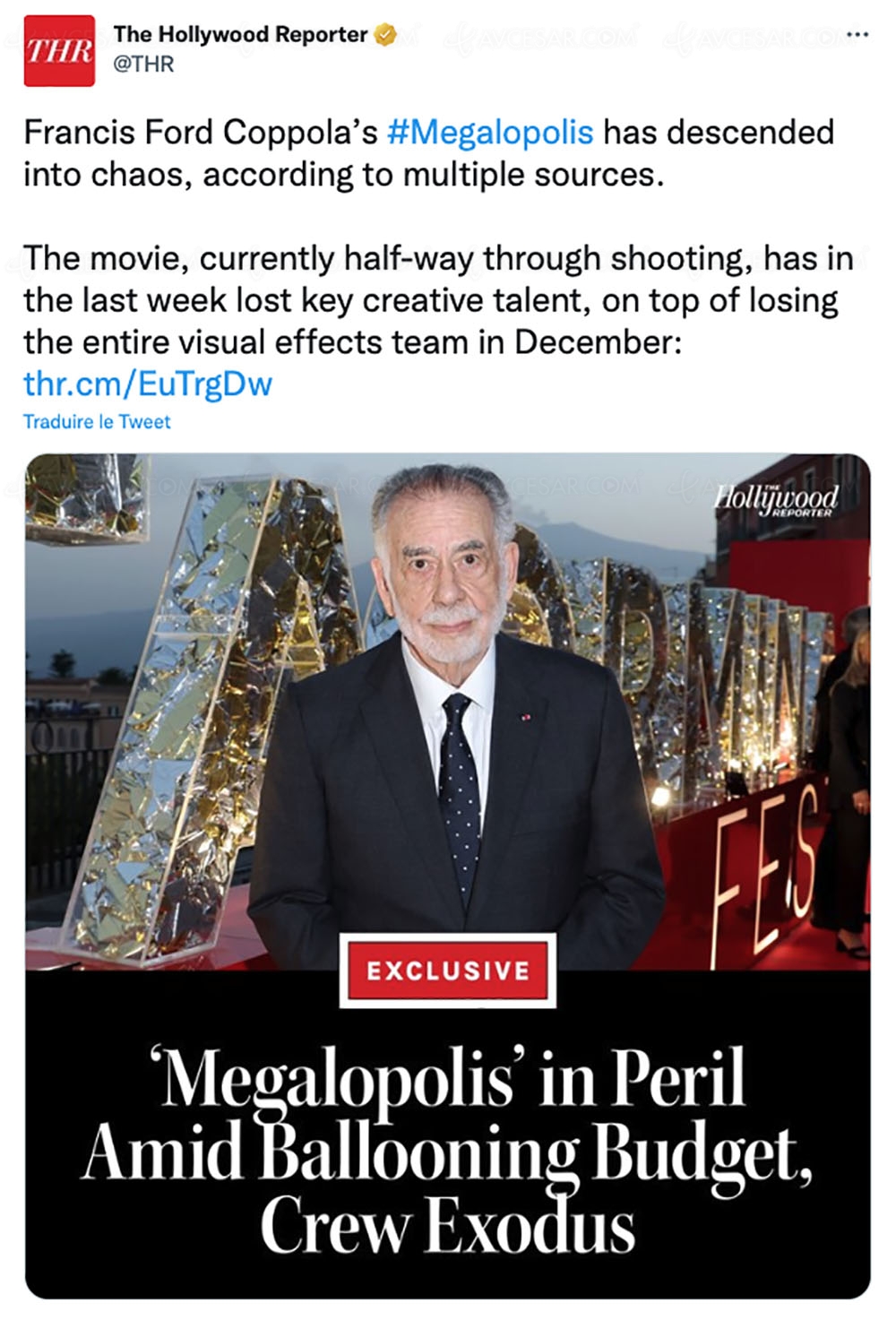