Avatar 2: the way of the water already exceeds one billion recipes

..2 billion in the line of sight

Six films before him have already achieved this performance, the latest being Spider-Man: No Way Home. For the moment, Avatar 2: the way of the water cumulates 1.29 billion in the world, 317.1 million in the USA and 108 million in China. With a production run estimated between 350 and 400 million dollars, the film will be considered a success from 2 billion receipts.

In France, Avatar 2: The Way of the Water has already exceeded 5 million admissions (equivalent to 60 million dollars in revenue). In 2022, only two films have achieved this feat with us: Top Gun: Maverick (6.6 million in the end) and Jurassic World: the world after. James Cameron's film should logically double them in a very short time.

For comparison, Avatar 2 made $53.9 million in South Korea, $39 million in India, $36.8 million in Germany, $33 million in the UK, and $28 million in Mexico. France is therefore the third market where Avatar 2 is most successful after the USA and China. 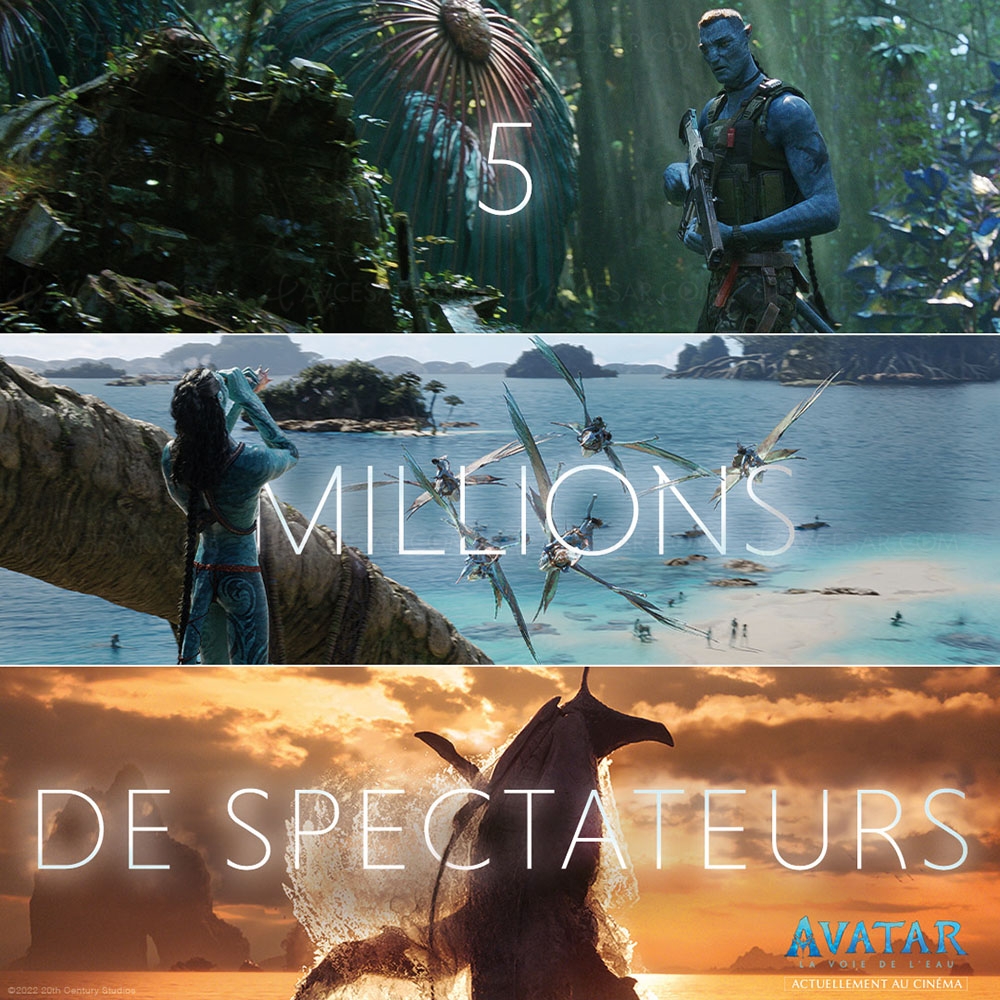