Reputable leaker @evleaks has dug up what appears to be the invitation for Samsung's Unpacked 2022 event, which will apparently take place on August 10th.

The opportunity for the Korean manufacturer to unveil several new products whose list is not confirmed but almost certain given the insistence of the latest rumours. The new Galaxy Z Fold 4 and Galaxy Z Flip 4 foldable screen smartphones should thus be announced, the latter appearing blurred on the invitation. Samsung should also present the connected watches Galaxy Watch 5 and Galaxy Watch 5 Pro, also mentioned in recent rumors. 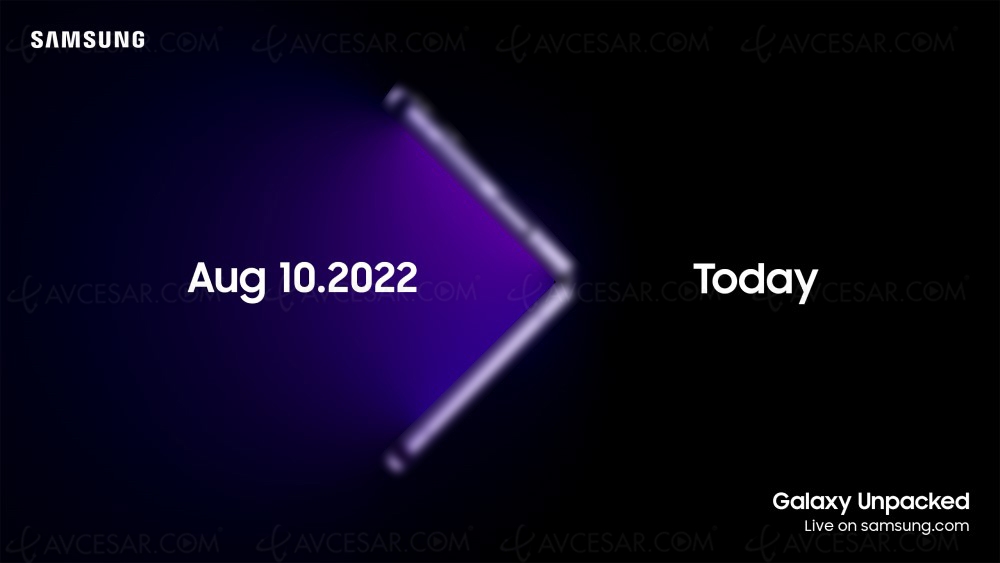