Let's go to Bel Air for a "small" real estate visit placed under the sign of the contemporary and the gigantic with this very vast residence which contains a not trivial Home Cinema.

The sale price is immediately announced: 21,950,000 dollars. An astronomical sum for most mortals, which does not prevent us from dreaming… 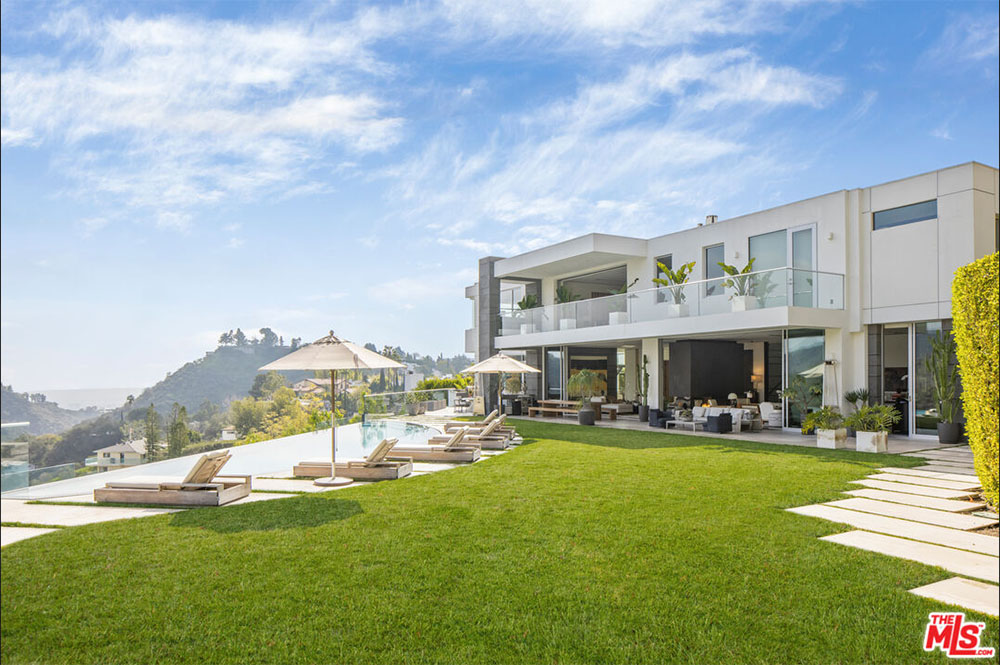 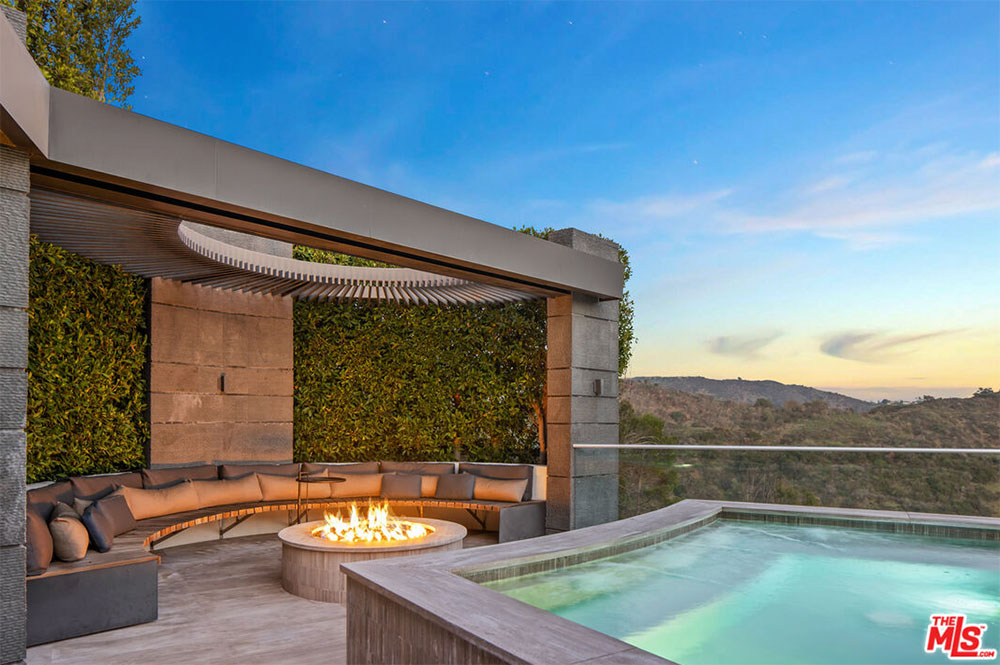 Under the California sun

Especially since the place, overlooking the hills of Beverly Hills and Beverly Crest, looks like a small paradise on Earth, between Californian sun, vertiginous canyon and nearby ocean. Built in 2015, the house designed for indoor/outdoor living exudes luxury. In addition to the seven bedrooms (including two for the staff), the gym, the four fireplaces, the elevator, the 300-bottle wine cellar, the recording studio, offices, the games room, the kitchen and the outdoor bar, the infinity pool and the Spa, there is an ultra-modern Home Cinema and its adjoining bar. 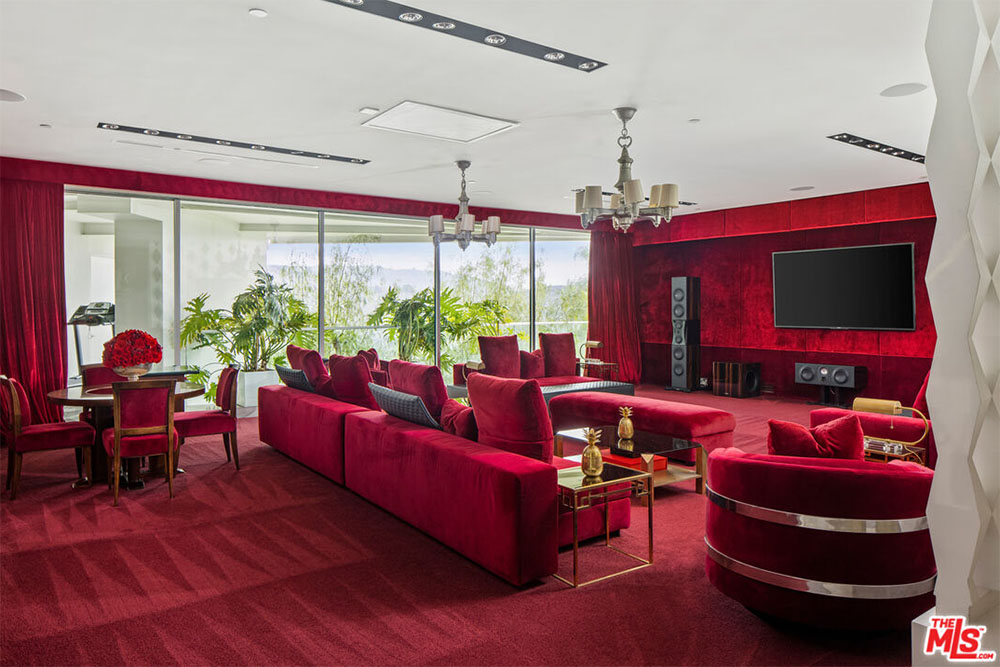 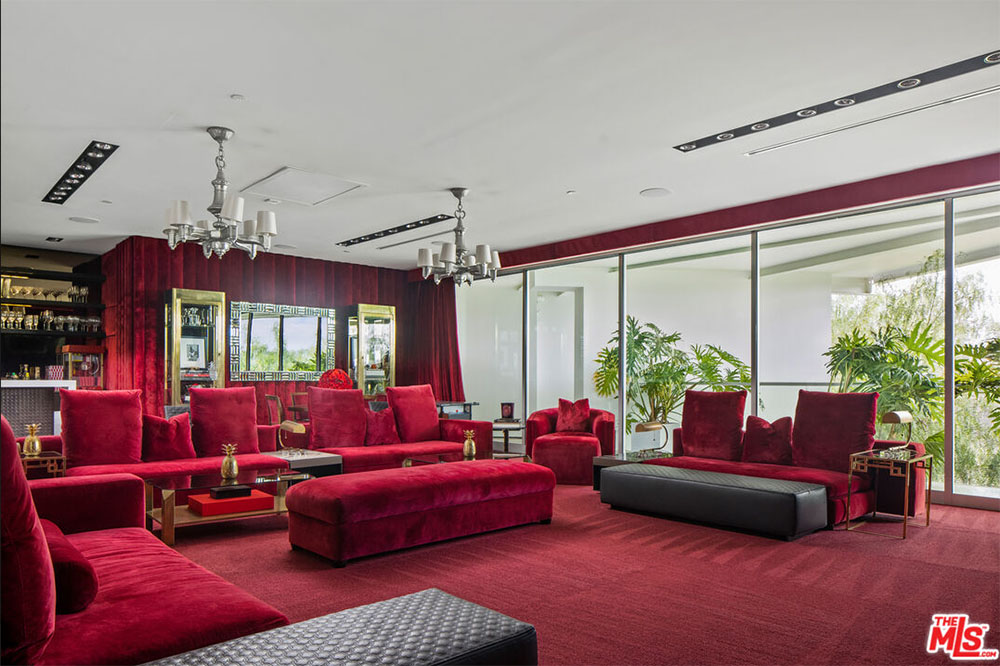 Because yes, in the land of the ultra-rich, we often make a movie while sipping cocktails. A small island of Art Deco red velvet in an ocean of purity and glass, the cinema has a strong aesthetic bias for a cozy and cozy atmosphere. As you can see in the photos, the entire sound system has been integrated into the walls and ceiling, large sofas have been favored with XXL pouffes to rest the legs on, and even very welcoming semi-spherical solo alcoves. 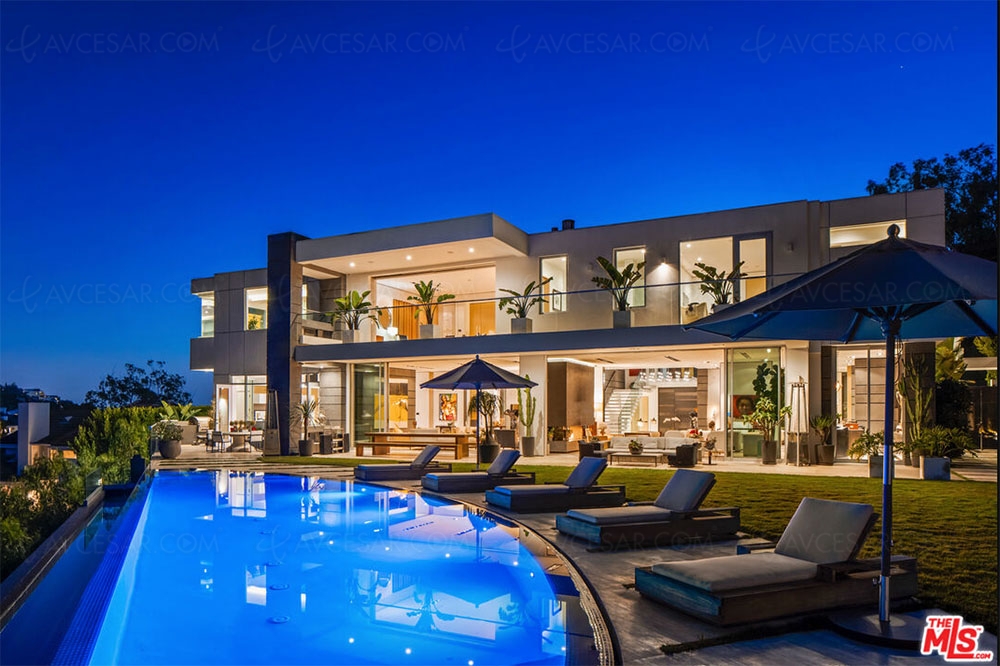