Squid Game, definitely the most watched series on Netflix

The Korean sensation of the moment dethrones all the best Netflix series in terms of audience, by far. Without doubt a huge surprise for the platform.

Netflix recently announced on Twitter that Korean series Squid Game was viewed by 111 million subscribers in its first 28 days of operation. This information comes shortly after another announcement of the best audience figures for the streaming platform, a rare occurrence to be highlighted, with Netflix generally remaining discreet about its viewing statistics.

Lupine in the Top 3

With 111 million accounts, Squid Game explodes the previous defending champion -Bridgerton season 1- and his 82 million. Next in the rankings are the first season of Lupine and that of The Witcher. The rest of the top can be seen on the illustration below (source: Statista).

Netflix is investing around the world, including South Korea, a country that produced around 5% of the original series available in 2019. So far, 70 original series have been created for Netflix in this country , in which the streaming platform plans to invest $ 1.2 billion by the end of the year. 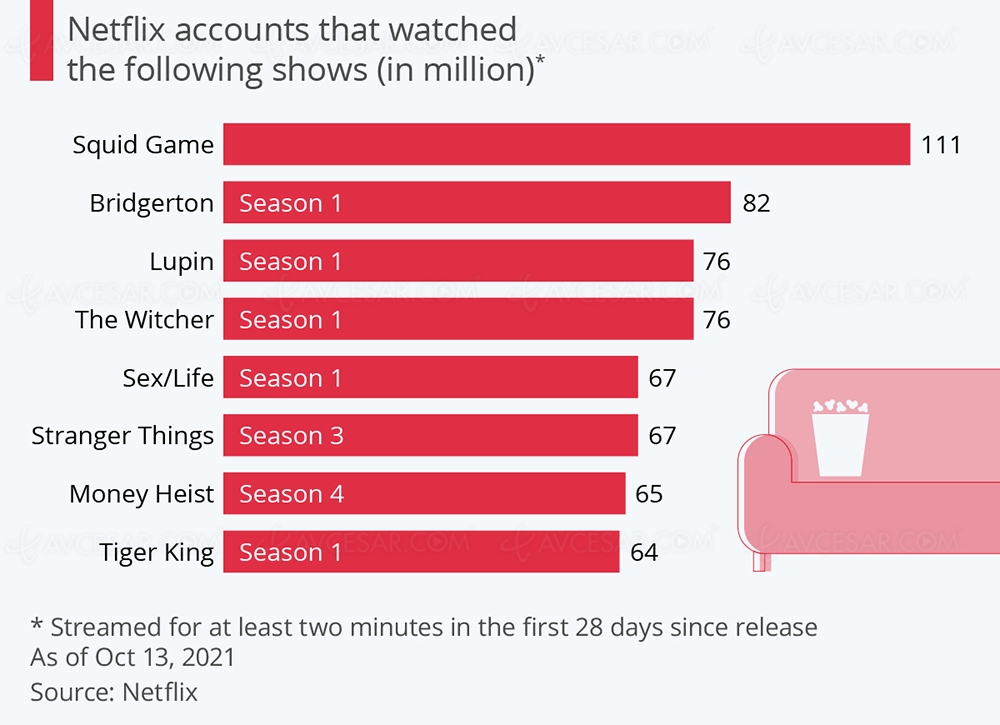