Small ranking of the countries in which we spend the most time playing video games.

From January to June 2021, Statista conducted a study in a selection of countries (2,000 to 5,000 people surveyed per region) with people aged 18 to 64. We learn, for example, that more than 50% of respondents in China say they play video games for more than six hours a week, including 26% for more than ten hours.

France in the average

Note that China may soon be dethroned from the top of this ranking, the local government having recently decided to prohibit children under 18 from playing online video games for more than three hours per week. 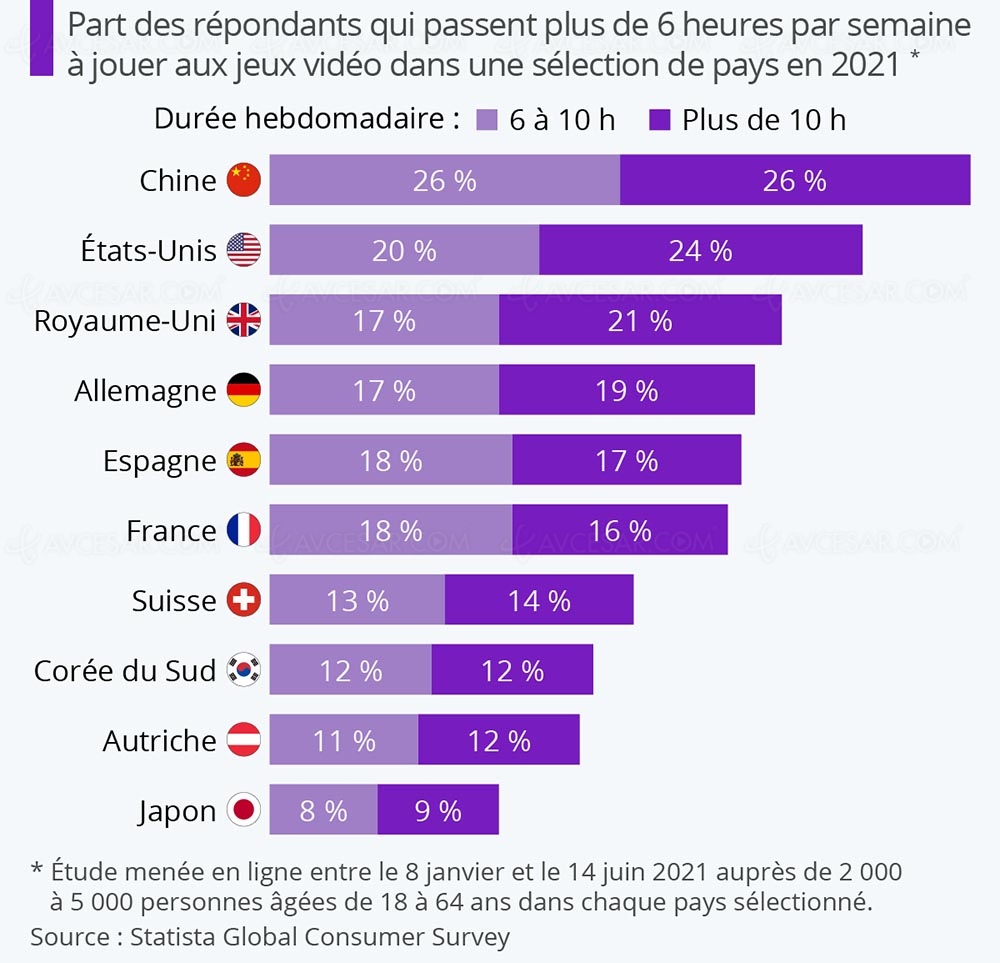