Christopher Nolan rocks everything on the set of Oppenheimer

Christopher Nolan has recreated a nuclear explosion without using CGI for his next film, Oppenheimer.

This is what the director has just told Total Film. Already in Tenet, the director exploded a real 747, which was not nothing. But the transition to a real nuclear detonation… the director himself recognizes that the challenge was daunting.

He says, “I think recreating the Trinity test (that's the name given to the first nuclear detonation in New Mexico) without using computer graphics was a huge challenge. I warned Andrew Jackson, my visual effects supervisor, early on of the challenges he would face for this film, from the depiction of quantum dynamics and quantum physics to the Trinity test itself, which we recreated with my team in Los Alamos, New Mexico when the weather was amazing”.

Before concluding “In terms of scope, encounters and historical significance, Oppenheimer is the most ambitious, difficult and demanding project I have ever undertaken. I had an extraordinary team with me, and they really outdid themselves. There's still a lot of work to do, but as I see the film taking shape, I'm very happy with what they've managed to do." In any case, in terms of teasing, the director knows how to make you want. 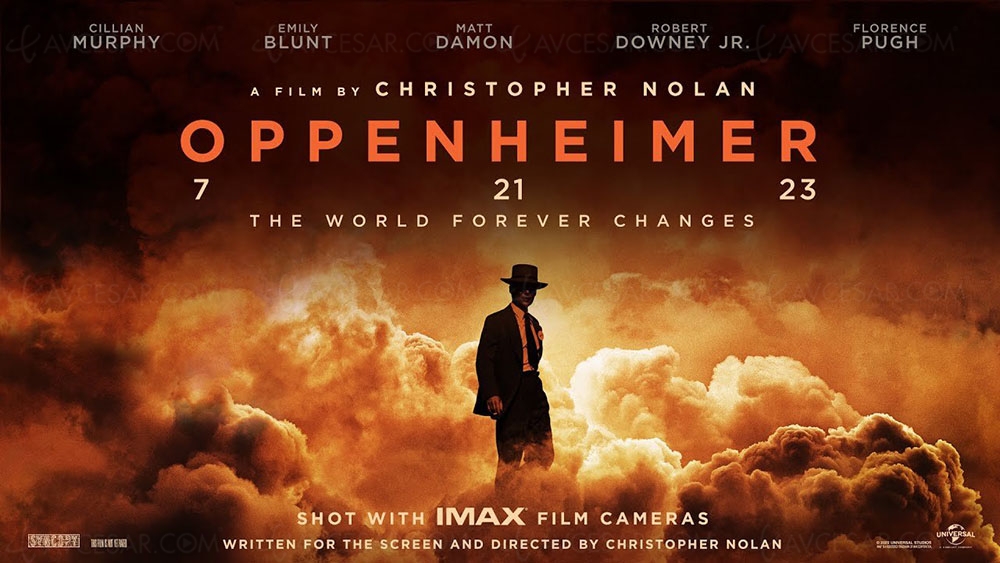