Mobile internet plans around the world, France is doing well

Small additional proof that France is far from lagging behind other countries when it comes to mobile internet.

The analysis firm Statista conducted between July 2020 and June 2021 a study in fifteen countries (more than 35,000 participants in total) to find out the volume of data included in the mobile plan of its inhabitants.

For plans including at least 12 GB of internet data per month, Finland is at the top of the ranking with 68% of users equipped with such a plan, 65% of which is unlimited. It is followed by Italy with 61%, but of which only 11% unlimited. The opposite is true for Germany, where only 17% of the inhabitants benefit from this privilege (including 6% unlimited). Brazil is also badly off with 18% of the population above 12 GB (including 5% unlimited).

As for France, it is doing quite well with 55% of respondents having a mobile plan of more than 12 GB monthly, including 16% unlimited. 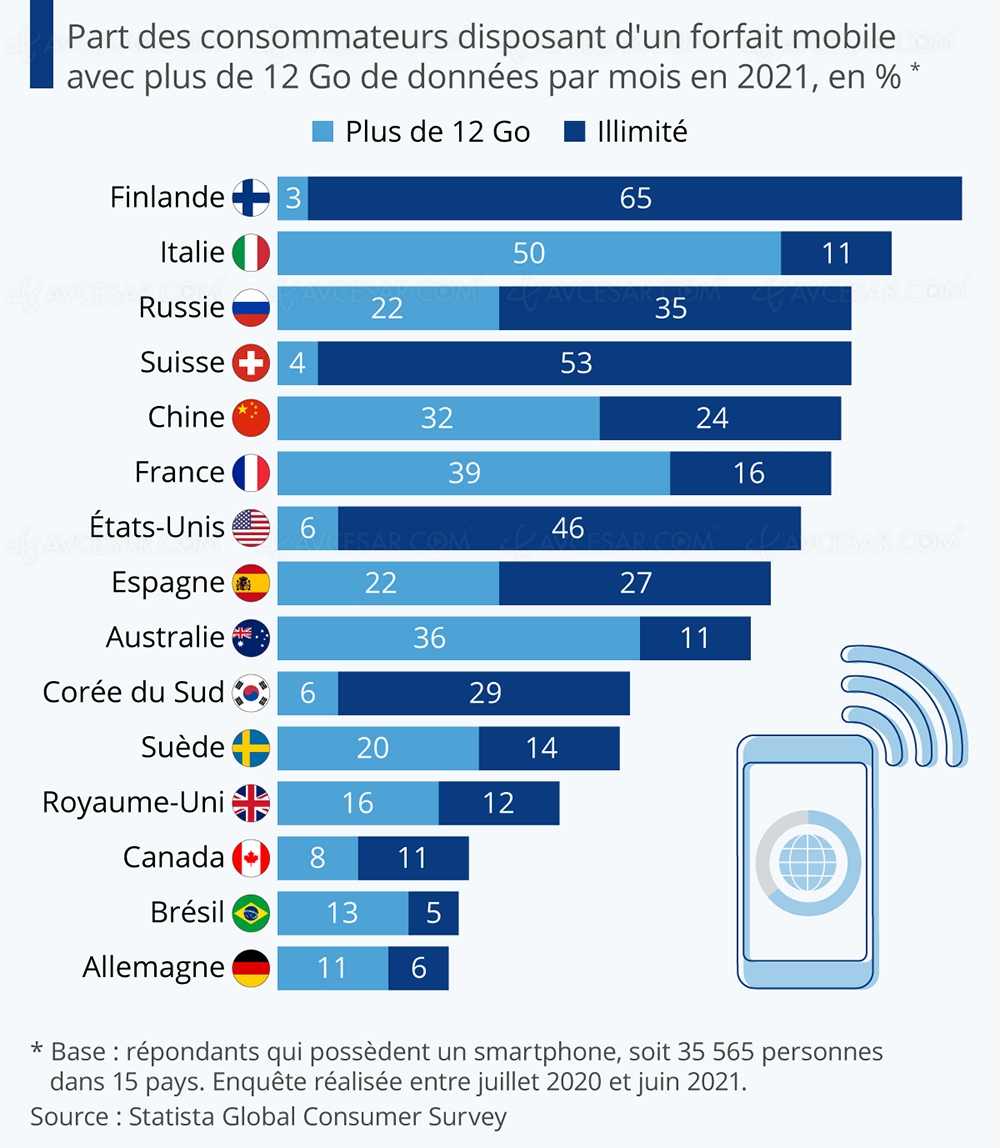