The French manufacturer continues to expand its range of wireless network speakers with the latest addition, the Devialet Mania, an active portable connected speaker. 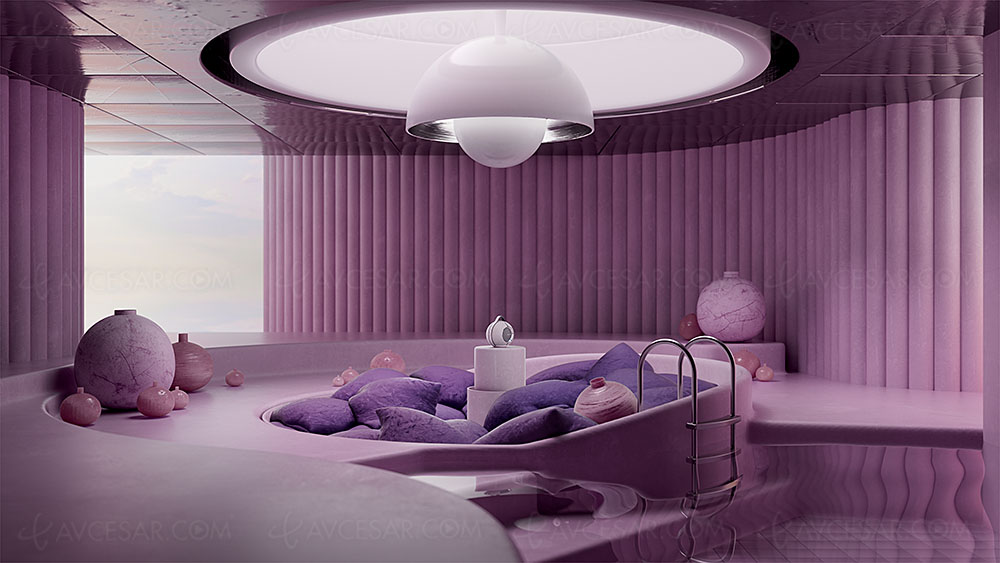 Connected via the voice assistant (Amazon Alexa), the Devialet Mania speaker comes in a circular shape with an integrated handle for easy transport. In terms of connectivity, there is Bluetooth 5.0 compatibility, Airplay 2 (multiroom function extra) and Spotify Connect. Namely, the Amazon Multiroom Music (Amazon MRM) function is announced for 2023. However, it is impossible to power the Devialet Mania via a wired sound source, it has a single USB-C port dedicated solely to power supply/charging. 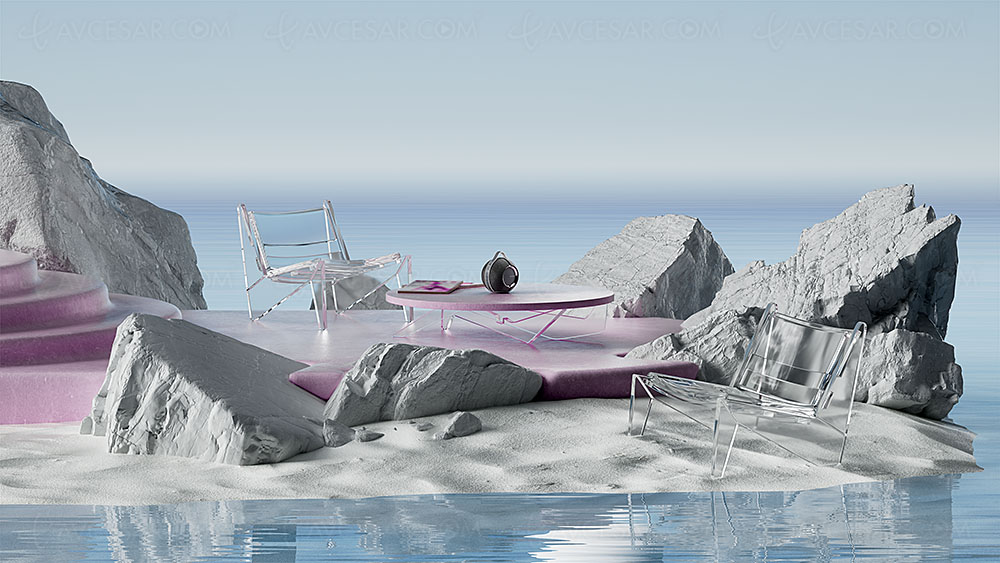 If your mobile device is not at hand to control the Devialet Mania through the Devialet application, the Mania has transport buttons to enjoy its music (manage the volume, Play/Pause, Bluetooth, On /Off microphones…) with a simple gesture of the finger. 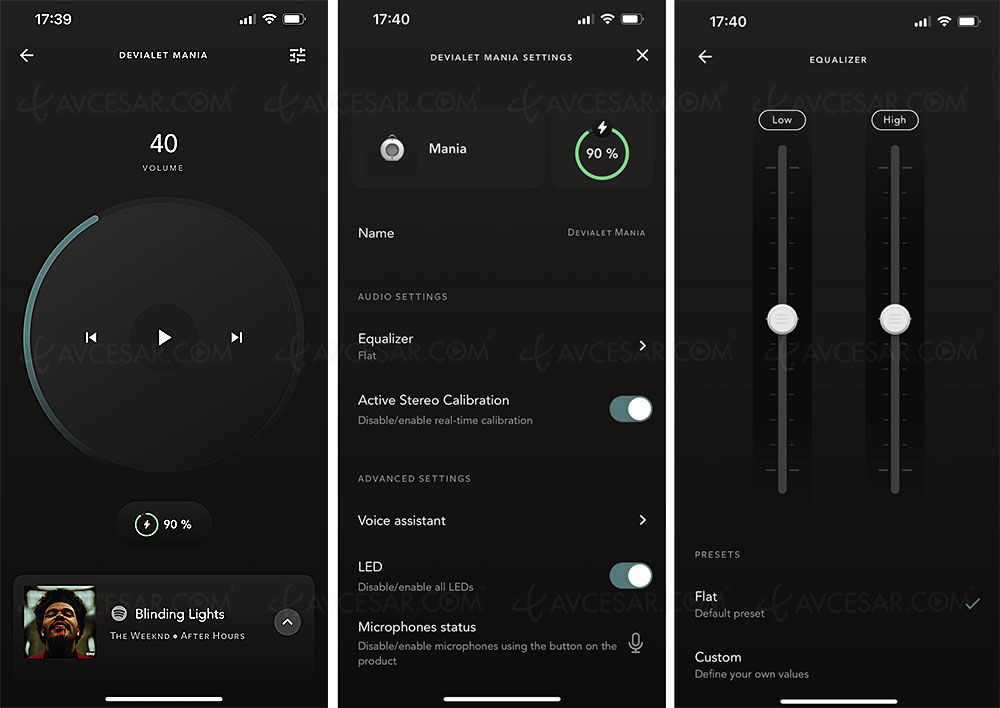 Technically, the Devialet Mania has four broadband aluminum speakers (two pairs located at the top of the enclosure, on each side of the handle) plus two high-excursion boomers in Push-Pull configuration. The power supply for the latter is provided by two Class D amplifiers of 2 x 8 W, 4 x 25 W Class D again, for the wideband speakers. The frequency response displays 30Hz-20kHz and the maximum sound level is 95dB at 1 meter. 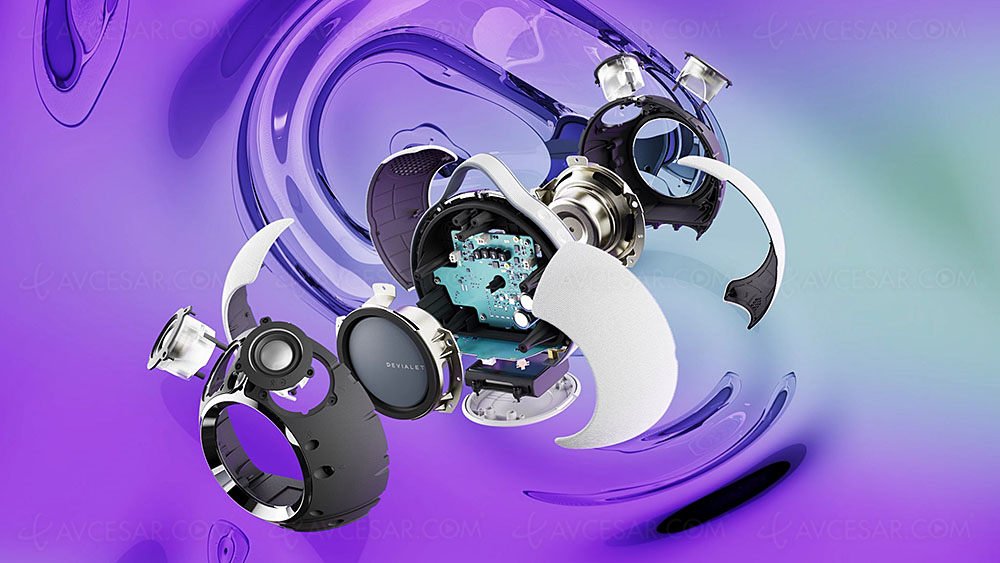 As usual with the French manufacturer, the Devialet Mania features several exclusive technologies. First of all, the SAM (Speaker Active Matching) function allowing fine optimization of the signal supplied by the amplification to the loudspeakers according to their qualities and capacities, all in real time. So the sound reproduction always gets the most out of the speakers, in all circumstances, regardless of the type of music. 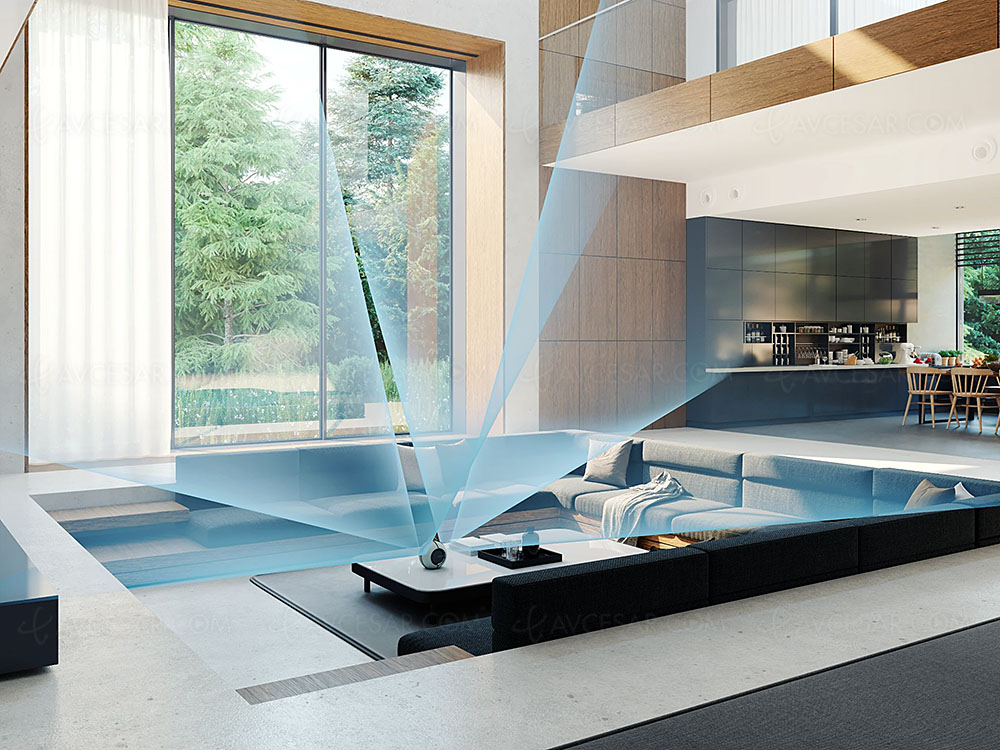 Then the ASC (Active Stereo Calibration) function for real-time sound calibration of the listening room. The four microphones embedded in the Devialet Mania detect the environment of the speaker -in the middle of a large space, against a wall or even outdoors- and it automatically adapts the sound rendering: 360° if no obstacle is present (see photo above), in oriented stereo mode in the presence of a wall (see photo below). The latter delivers directional stereo sound to the front of the speaker and rich sound reflecting off the wall and widening the soundstage. 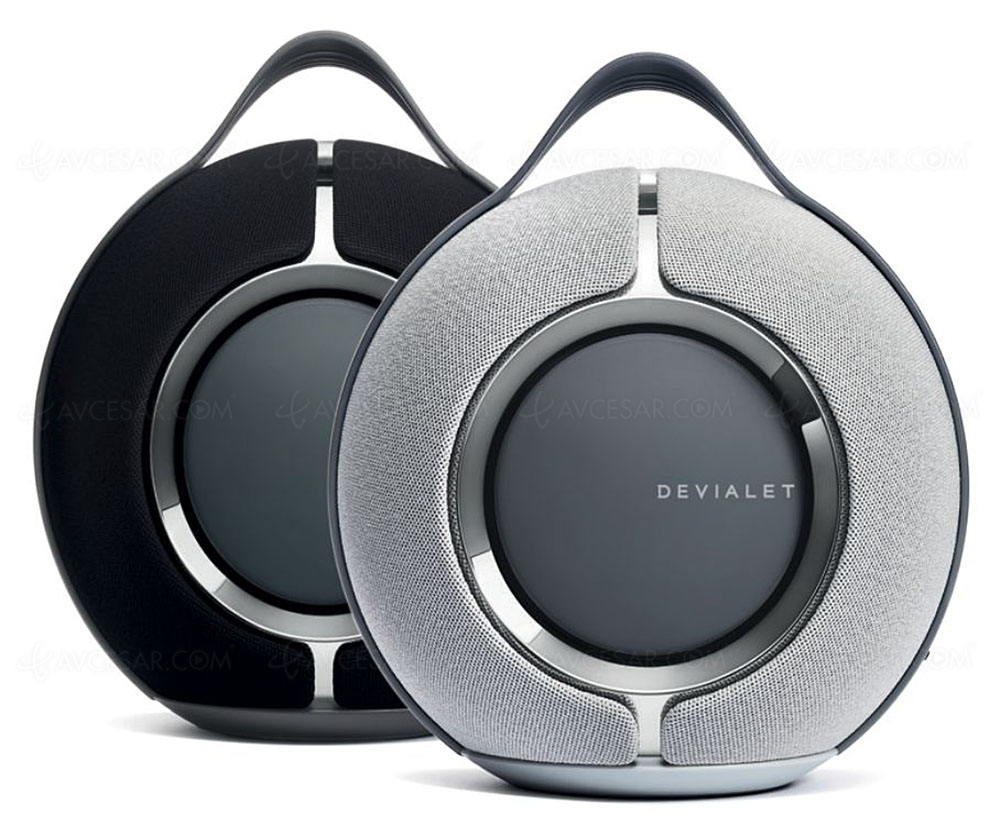 Last details on the Devialet Mania speaker, its IPX4 certification allows it to withstand splashes (but not rain or immersion in a swimming pool for example) and its 3,200 mAh battery (replaceable, a very good new) guarantees about ten hours of autonomy at a reasonable volume. 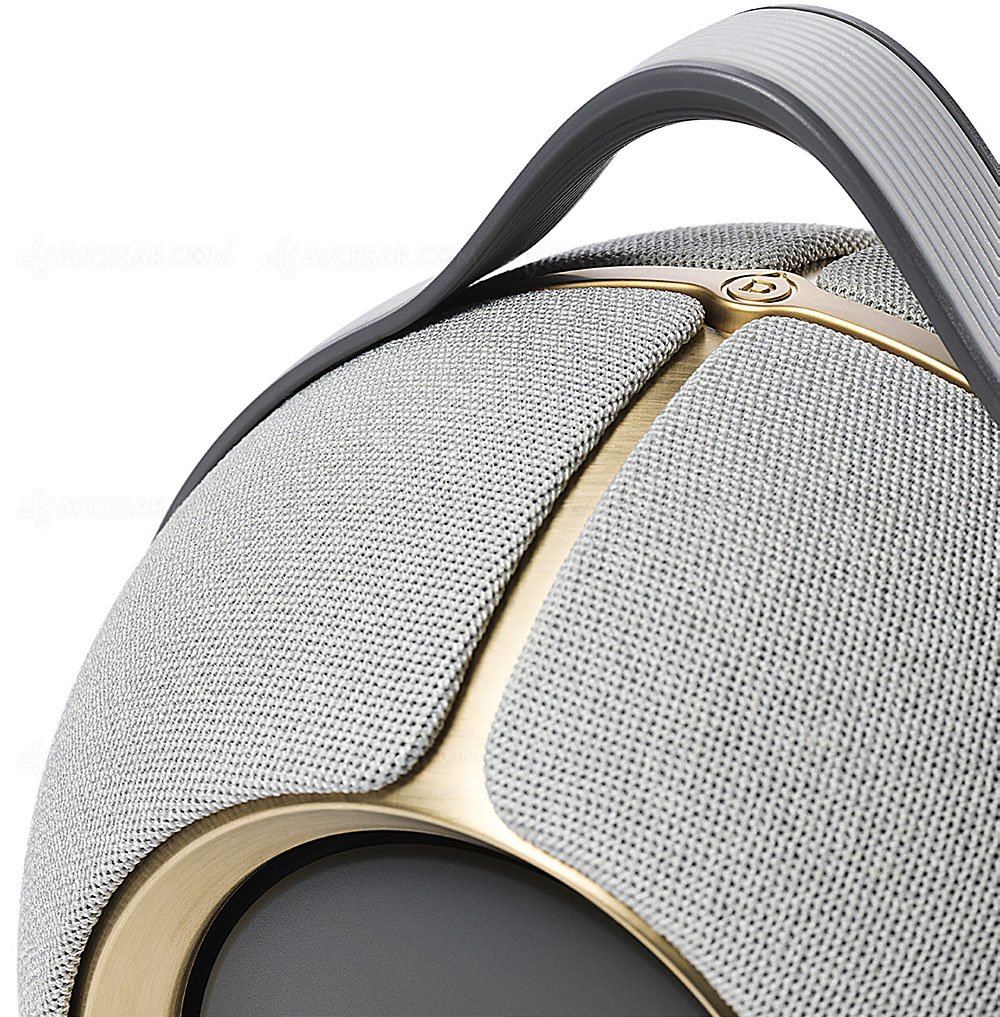 Reminder of the key characteristics of the Devialet Mania: 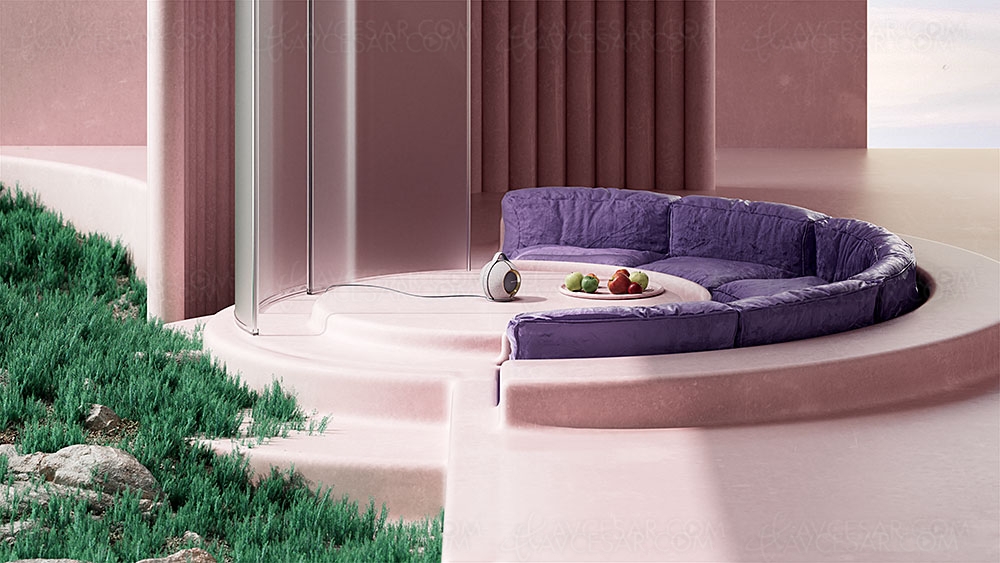