Big success on Kickstarter for the True Wireless Cyberblade Earbuds with their futuristic design and cutting-edge features.

With a target of €6,500 and more than €170,000 raised on arrival, it goes without saying that the Kickstarter campaign for Cyberblade Earbuds by Angry Miao has been a success. And for good reason, these TWS wireless headphones not only display a remarkable design, but also audio characteristics that are serious.

Angry Miao Cyberblade Earbuds, the bottom and the shape

With their triangular shape and an RGB LED headband that can be programmed via a dedicated mobile application, these headphones look like they came straight out of a science fiction film. In addition, they adopt a rare architecture, with three processors, one in each element: the two headphones and the charging box. They communicate with each other to ensure unparalleled audio quality and ultra-low latency (36 ms). Perfect for video game sessions, but also for music production software, which rarely tolerates wireless headphones.

The Cyberblade Earbuds have their place both outside and at home. In this regard, the charging case itself stands out for its shape, since it looks like a large, precise and functional volume wheel, to be placed on your table or desk. Other features include Bluetooth 5.2 compatibility and an independent DSP. Noise cancellation is a hybrid model with environmental noise cancellation via AI algorithm, for 35 db of reduction.

On the autonomy side, 6 hours with ANC and LED activated is announced, and 24 hours more via the charging case. Available at an indicative price of 328 euros. 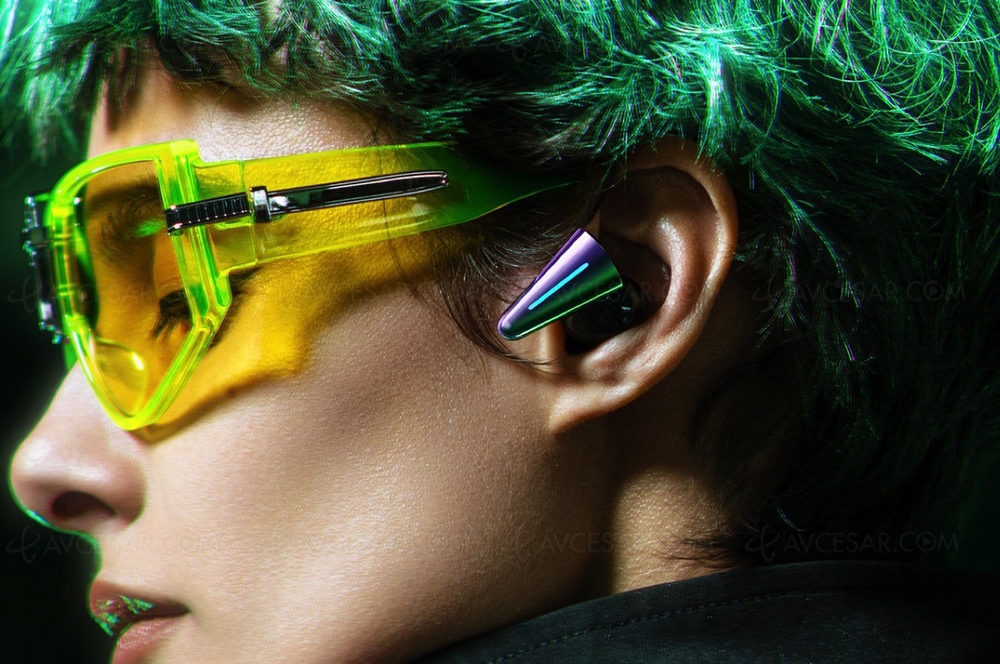