The solution of the president of Apple to solve the interoperability problems between SMS exchanged between iOS and Android smartphones is simple: buy an iPhone!

Besides the color difference that differentiates the messages of Android and iOS users on the iMessage application (green for Android, blue for iPhone), there is a real problem between the two ecosystems.

No RCS messaging protocol at Apple

Apple indeed refuses to adopt the RCS messaging protocol that all the others use, thus creating a concern for interoperability between the two camps. Concretely, for example, it is impossible to exchange videos by SMS between an iPhone and an Android model.

Tim Cook answers a question about the interoperability problem

At Vox Media's recent Code 2022 conference, Apple CEO Tim Cook was asked about this: “What would (Apple founder) Steve Jobs think of this lack of compatibility? ". To which Cook replied with a dash of humor that iPhone users have never complained about. The spectator who asked the question did not let himself be dismantled, and gave the example of his mother - equipped with Android - with whom he cannot exchange videos. Tim Cook's response: "Buy your mother an iPhone". Indeed, you had to think about it… 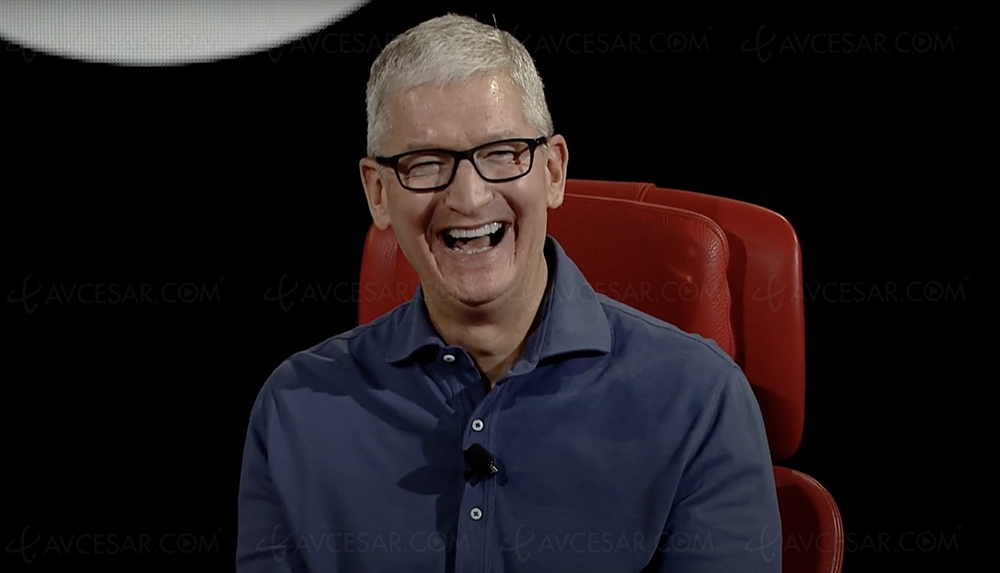