Mediatek's new chip for 4K TVs will offer the latest VVC video decompression technology by the end of 2022.

Mediatek announced a few weeks ago the imminent arrival of its new Pentonic 700 chip for 4K Ultra HD televisions. It has the particularity of integrating VVC (Versatile Video Coding), also known as H.266, the latest generation of decompression technology from the Mpeg group, which will succeed HEVC. 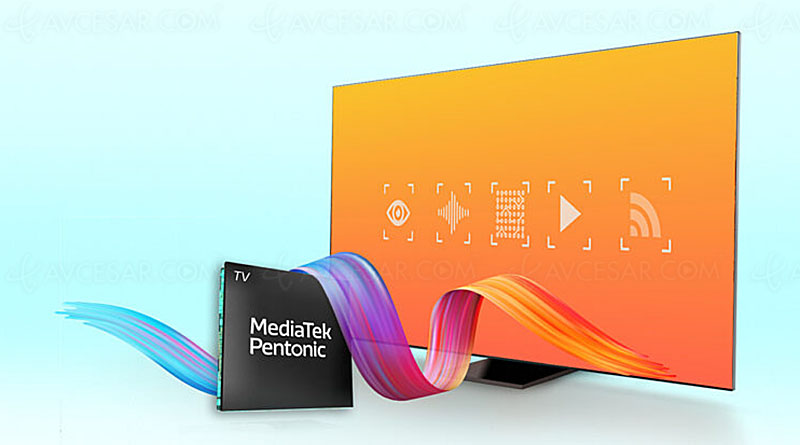 VVC is believed to be more efficient than the AV1 currently used by Amazon, Google, Netflix and others. It thus allows a superior video quality for the same transfer rate, or an equal quality for a lower rate, essential for the streaming of large Ultra HD type videos. As a reminder, nearly 70% of televisions in the world are equipped with MediaTek processors, including brands such as Panasonic, Philips, Samsung or Sony, and the first VVC-compatible televisions will arrive in the last quarter of 2022. If no streaming platform has yet announced the adoption of VVC, it won't be long if the codec lives up to its claims. 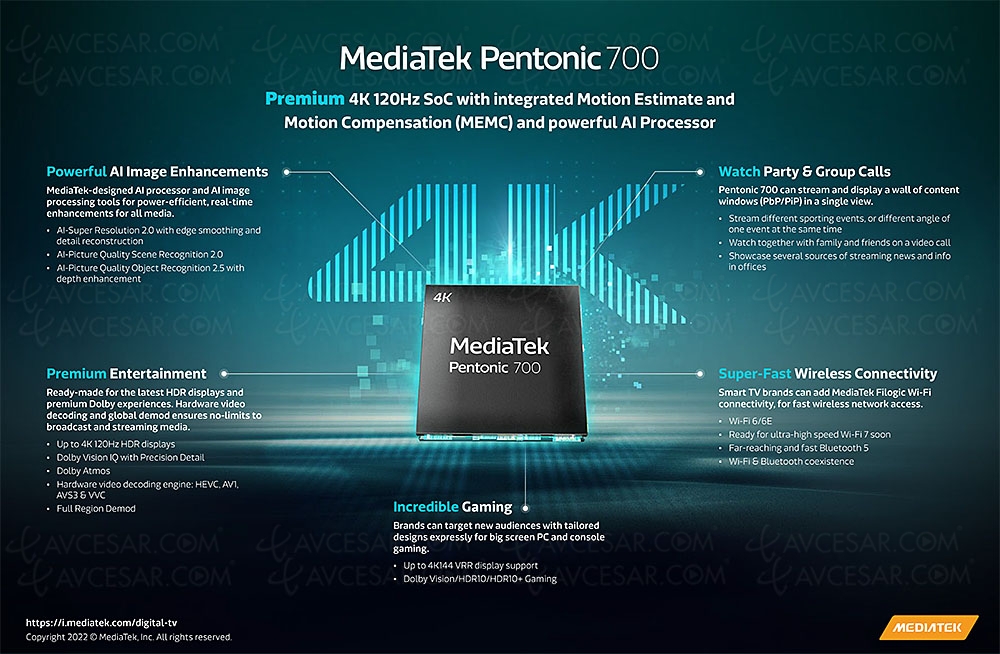