The Walking Dead series is coming to an end soon with the broadcast on OCS of the last 6 episodes of season 11 (part 3) from October 3.

That's it: The Walking Dead saga, started in 2011 under the direction of Frank Darabont (The Green Line, The Escaped), then entrusted to other not necessarily well-inspired showrunners such as Scott M. Gimple, will end . For the record, Negan (Jeffrey Dean Morgan) was back and the heroes, split into several small groups, had to deal in particular with a twisted Commonwealth administrator, a structured community of survivors.

The OCS platform, which has already broadcast the first 16 episodes of the final season 11, will therefore resume broadcasting in US+24 of episodes 17 to 24 from October 3.

Like this endless season 11 finale, the remainder of the episodes -there are 8 left in all- risk being split into two parts since OCS indicates that it is the "unreleased part 3" that will be offered to from October 3… In the meantime, we will delight in the beautiful final poster which, let's face it, is rather envy. 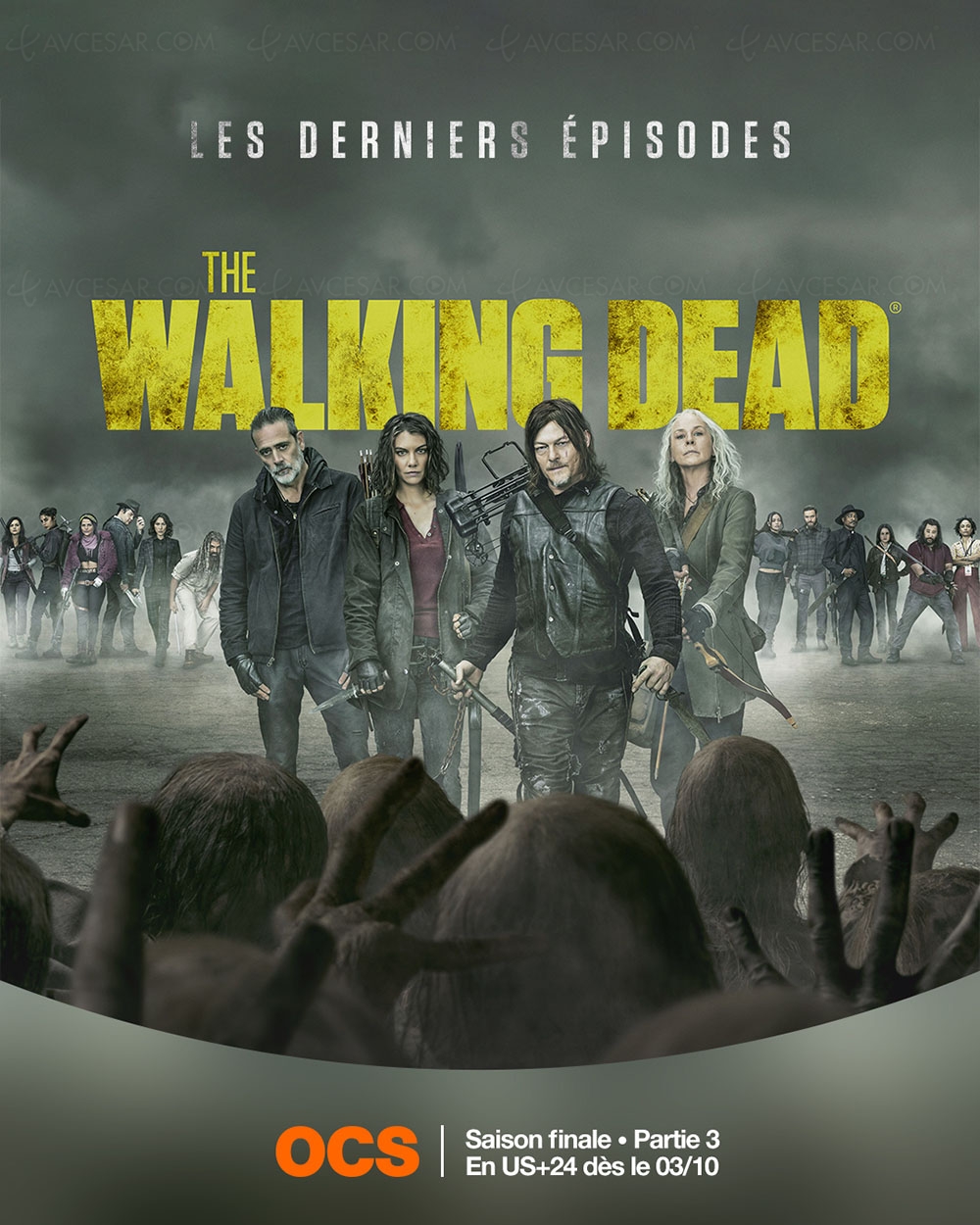