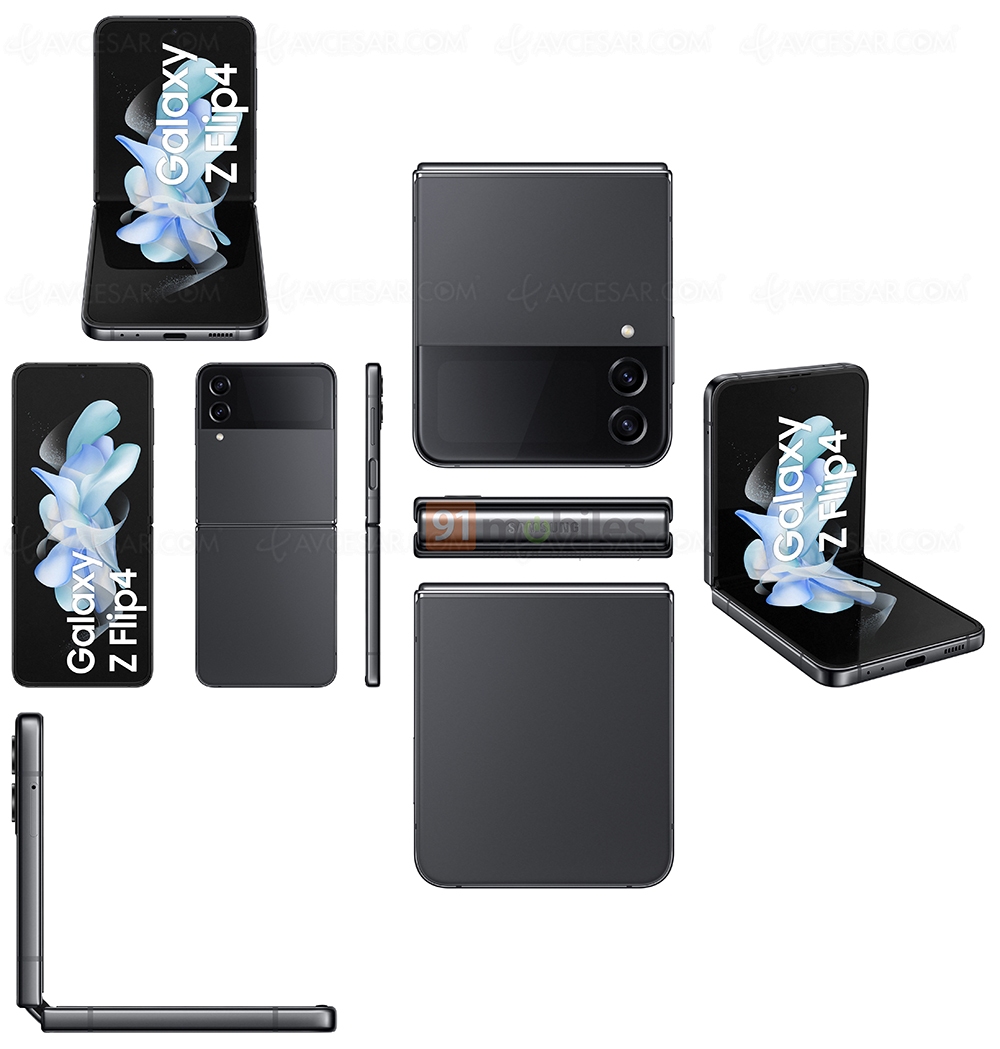 Although previous rumors have already given us a small idea of what the devices will look like, here are apparently images of the final products, from all angles, dug up by leaker Evan Blass associated with the site 91mobiles. The Galaxy Z Fold 4 comes in black, beige, and gray, and the Galaxy Z Flip 4 in black, gold, blue, and purple. And at first glance, the devices don't change much from last year's models, with the same camera arrangement and black stripe on the back of the Z Flip. However, it is difficult to see if the under-screen camera is still present on the Fold 4, knowing that its quality had been decried on the Fold 3.

It's also hard to make out a notch for storing the S-Pen stylus, a potential new feature already mentioned in previous rumors. 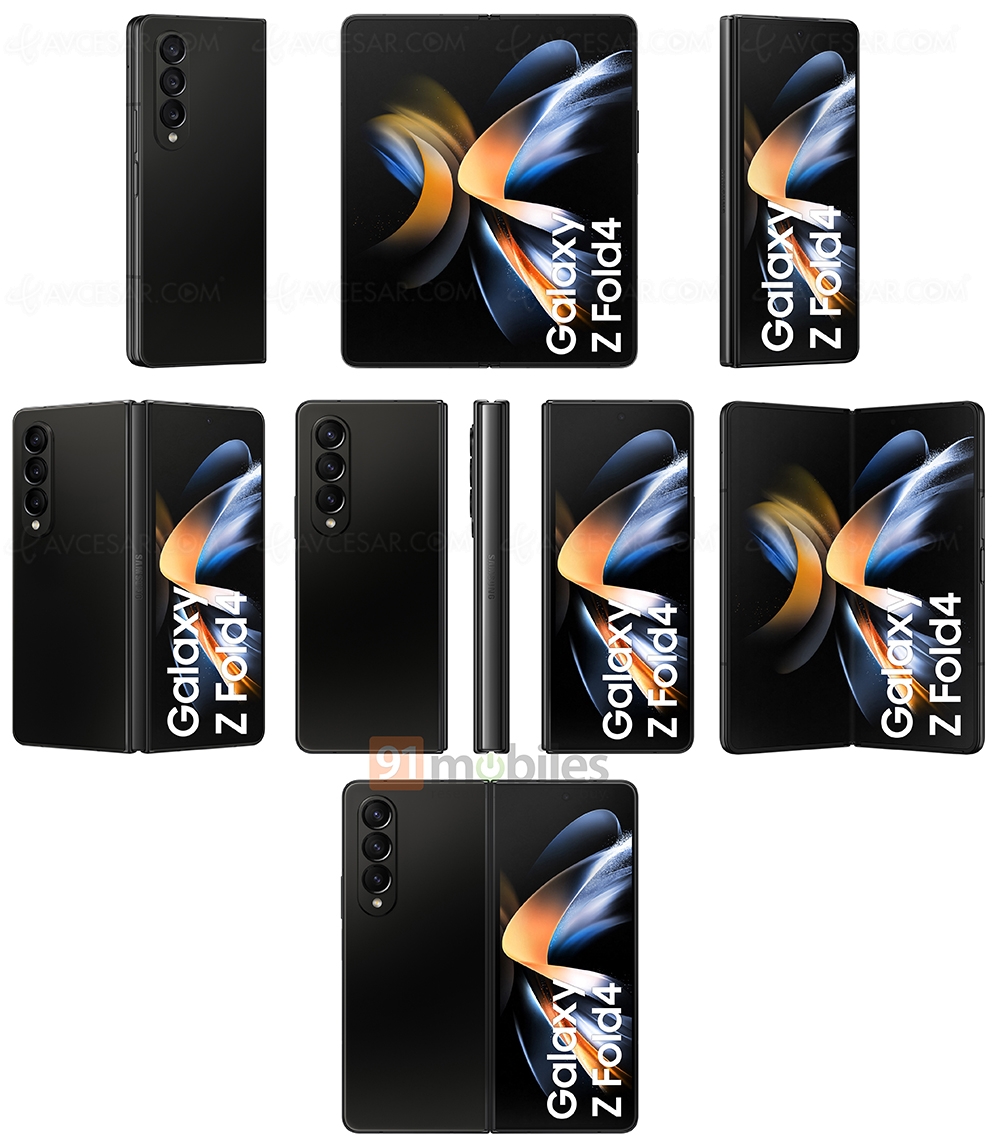