2 meter Xbox, bigger than a fridge!

If some are determined to try to reduce the size of their console, others on the contrary prefer to see big, very big. This is the case of Michael Pick who, after making a giant Nintendo Swicth, tackled the Xbox Series X.

Two consoles, two philosophies for their fans. If a talented engineer recently managed to reduce his PlayStation to incredible dimensions, Michael Pick took the opposite path for his Xbox Series X.

This huge console is indeed more than 2 meters high for 1 meter wide, and weighs 114 kilos. An officially approved world record. The idea for this project came from the Xbox fridge, a product of self-mockery designed by Microsoft itself. Michael Pick wondered if it was possible to go bigger, and did. The baby consists of an external wooden enclosure, with elements specific to the console such as connectors as well as characteristic details. And the most incredible in this story? The giant console works, thanks to a full-size Xbox inside.

Note that the device was donated to a youth center in Atlanta, Georgia. 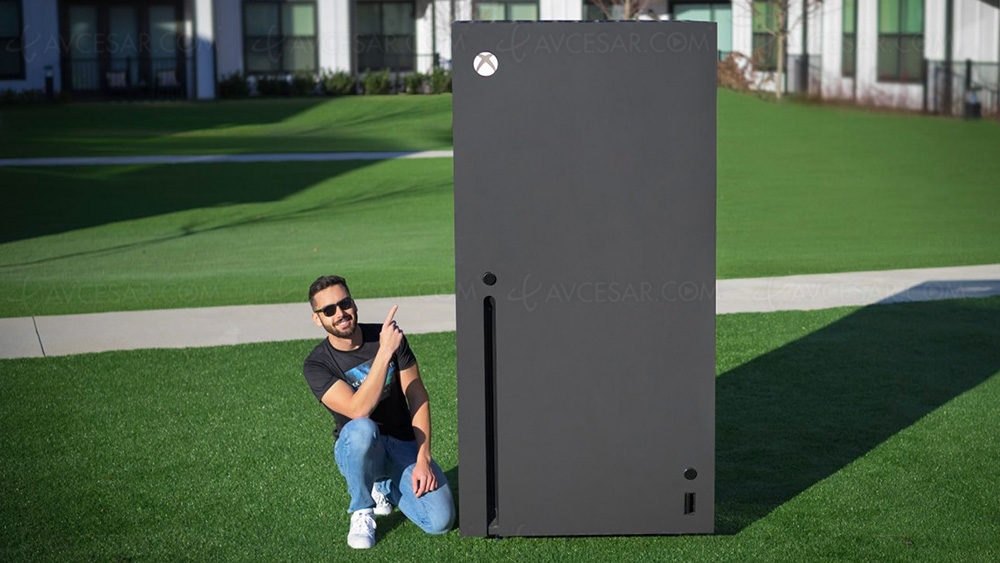