Oyez, Oyez citizens! The company HC Calibration via its eminent representative Cédric Louis, who officiates within the editorial staff of AVCesar.com, will soon be on tour again in several beautiful corners of France to spread the word and, above all, to calibrate with professional quality your/ your TV(s) and video projector(s). Don't hesitate to call on him, you'll never watch your favorite series, movies or shows like before.

Cédric Louis is one of the very few professional sizers to bring together so many skills and certifications in Europe. HC Calibration, THX, ISF and PVA certification Holder of the THX, ISF and PVA (Profesional Video Alliance) labels, its professional quality calibrations, as restrictive as those of a premium cinema and fully respectful of the will of the director or the DOP (director of photography), guarantee the best possible image on your broadcaster. Mean by that that Cédric will be able to exploit the full potential of a television or a video projector, whatever its technology: LED, Oled, Mini LED, laser, lamp… SDR/HDR calibrations TV and video projectors! !!! And believe us, proper calibration changes absolutely everything in terms of visual rendering. You then enjoy your 4K Ultra HD Blu-Ray and/or your streaming service and/or DTT with an unprecedented image. Without forgetting of course video games, most often HDR too. This is why, at AVCesar.com, all our television and video projector test benches are carried out before and after calibration by HC Calibration, with an SDR signal then HDR, in order to check what the brand broadcasters. HC Calibration on tour If you are interested in the talents of Cédric Louis, know that HC Calibration will be on tour from June 13, until June 17, in Brittany, Gironde, Loire Atlantique, Charente Maritime and Vienne. To schedule an appointment, simply contact Cédric on 06 81 66 37 71, or directly on the HC Calibrage website, or by e-mail at the following address calibrage.ecran@gmail.com. And if you live in another French department, also join Cédric to arrange a date. 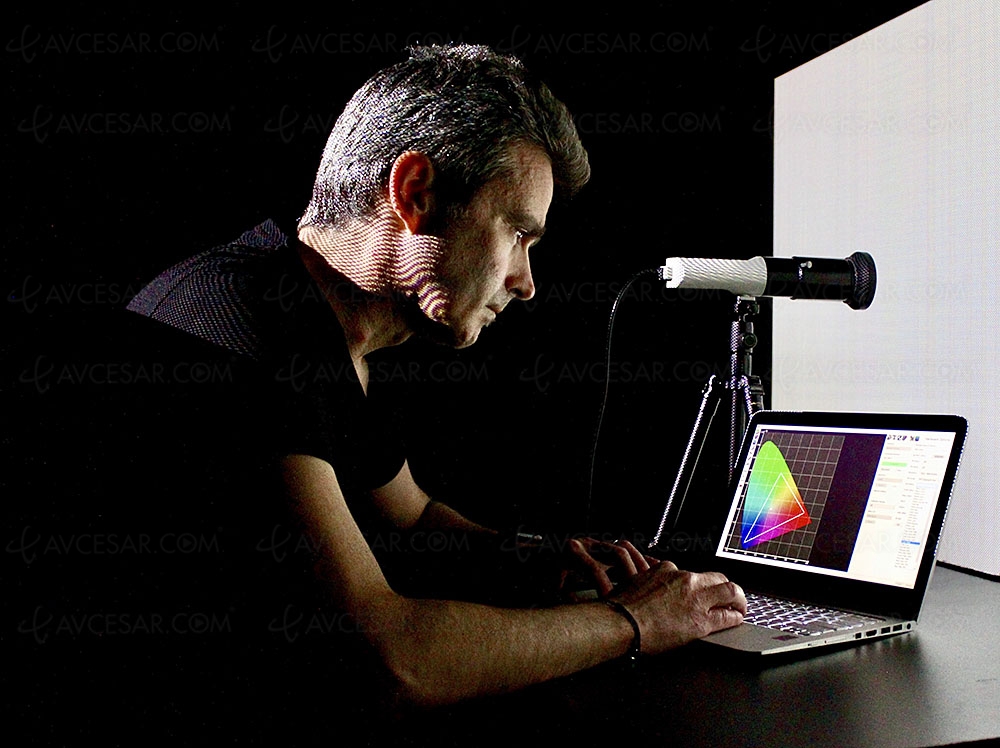