The French manufacturer Devialet known and recognized worldwide for its stereo amplifiers of the same name, the Phantom I & II connected active speakers and the True Wireless Gemini headphones presented its first soundbar a few days ago, the Devialet Dione. Always elitist, Devialet is also becoming a generalist audio brand.

The Devialet Dione soundbar marks a shift for French society, that of Home Cinema. After winning the hearts of many music lovers, Devialet is making a foray into the Home Cinema market with a Dolby Atmos compatible soundbar. Another special feature of the Devialet Dione is its ergonomics. It can indeed be used horizontally placed on a piece of furniture, but also vertically, flat fixed to the wall. 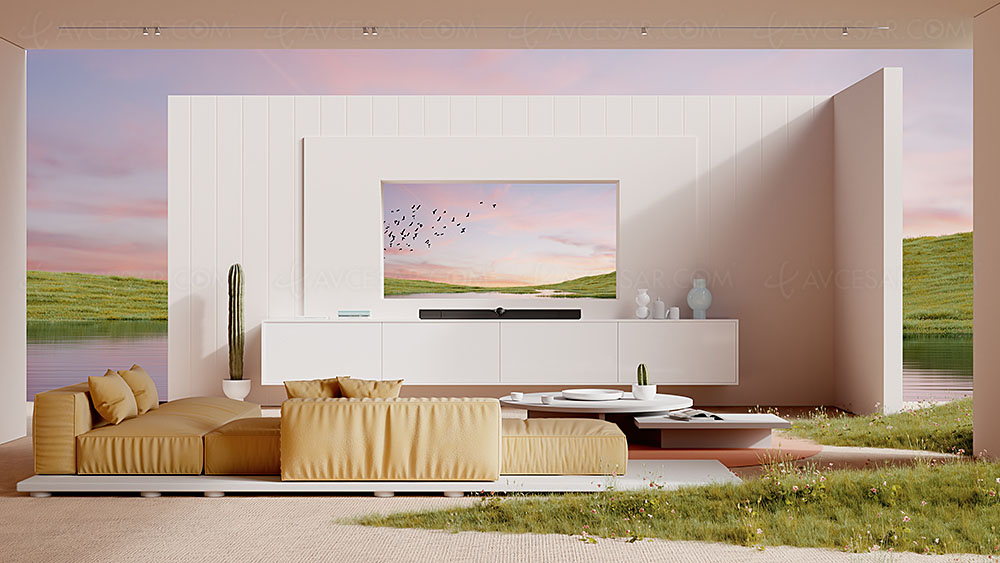 And for optimized audio rendering, the Devialet Dione has automatic calibration managed by the brand's application ( via various microphones built into the bar). 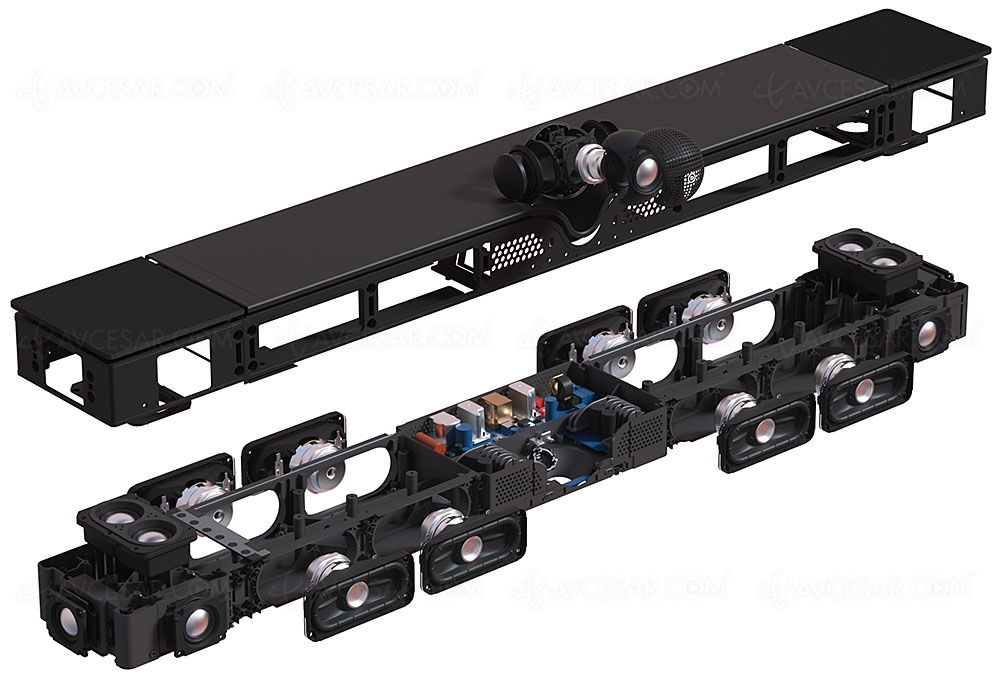 On the network side, the Devialet Diode is well equipped with Wi-Fi ac Dual Band, AirPlay 2 and Bluetooth 5.0 functionalities to which we can still add Spotify Connect and the UPnP (DLNA) audio gateway function.

As with all Devialet products, there are a number of in-house technologies embedded in the Dione. First, we find the Soc (System on Chip) Devialet Intelligent Processor (1 cm²), from the Phantom, which combines the various audio processes developed by the French brand:

• Sam (Speaker Active Matching) allowing fine optimization of the signal supplied by the amplification to the loudspeakers according to their qualities and capacities, all in real time. Thus, sound reproduction always takes full advantage of hHP, in all circumstances, regardless of the type of music

• AVL (Adaptive Volume Level), dynamic equalizer to smooth the sound volume in real time according to the content being played . To, for example, homogenize the sound intensity of various scenes of a film: action, music, dialogues

• ADE (Advanced Dimensional Experience) to optimize the sound diffusion whatever the position of the Devialet Dione, horizontal or vertical. For this, a gyroscope is present in the soundbar 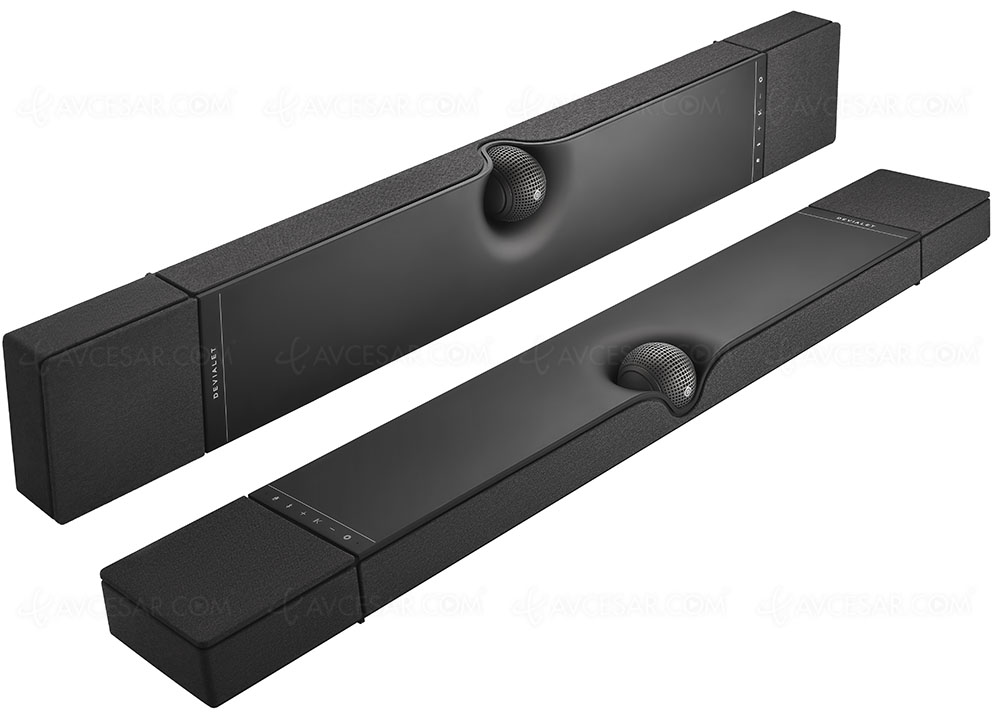 But there is an essential innovation on the Devialet Dione, the Orb central sphere which supports the central voice. Consisting of a tweeter and two passive membranes, this sphere can rotate 180° clockwise to always be perfectly oriented, regardless of the position of the Devialet Dione, horizontal or vertical (see photos below). -above).

The power delivered by the Devialet Dione is 950 W RMS for a frequency response of 24 Hz to 21 kilohertz. The Space feature offers four presets:

• Cinema (enabled by default on HDMI/optical inputs) for outputting a 5.1.2 signal (even from a 2.0 stream) from the HDMI and optical inputs

• Spatial for upmixing a stereo signal into 3D sound from any source, AirPlay 2, Bluetooth, Spotify Connect and UPnP (DLNA)

• Music to disable all spatialization effects 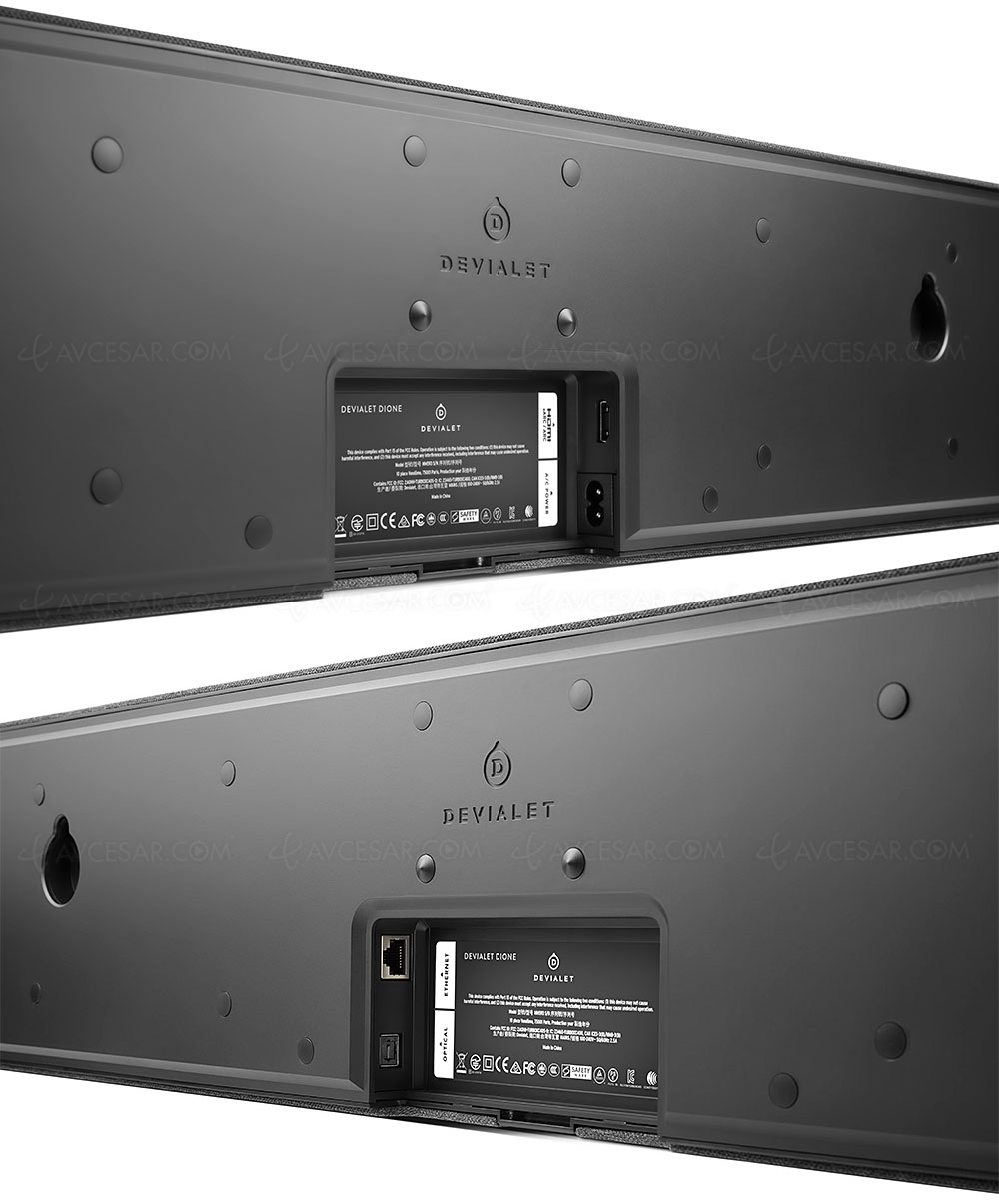 The connection includes an HDMI 2.1 CEC with the eARC function and an optical input, plus an Ethernet port (see photos above). Last precision, the Devialet Dione is 1.2 m long, 77 mm (88 mm with the sphere) high and 165 mm deep. The body of the sound bar is made of anodized aluminum, covered on the front and on the sides with acoustic fabric. The back panel is plastic. 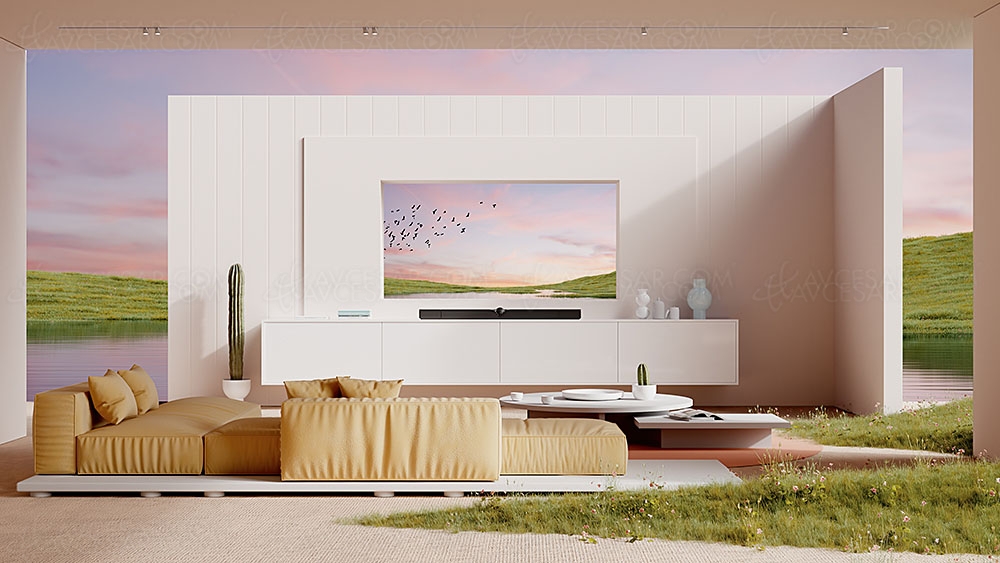