Xiaomi charges a smartphone in 8 minutes

After Huawei, which had managed to charge a smartphone in 10 minutes with a prototype 200 W charging technology, it is Xiaomi's turn to break speed records with its “HyperCharge” system (also 200 W).

The Chinese manufacturer has thus managed to charge a modified Mi 11 Pro smartphone with a 4000 mAh battery in 8 minutes. A good wired performance then, but Xiaomi does not stop there and charges the wireless device with a 120 W system in just 15 minutes. It remains to be seen when these technologies will leave the labs to reach consumers. And also what will be the lifespan of such a small battery subjected regularly to this mode… 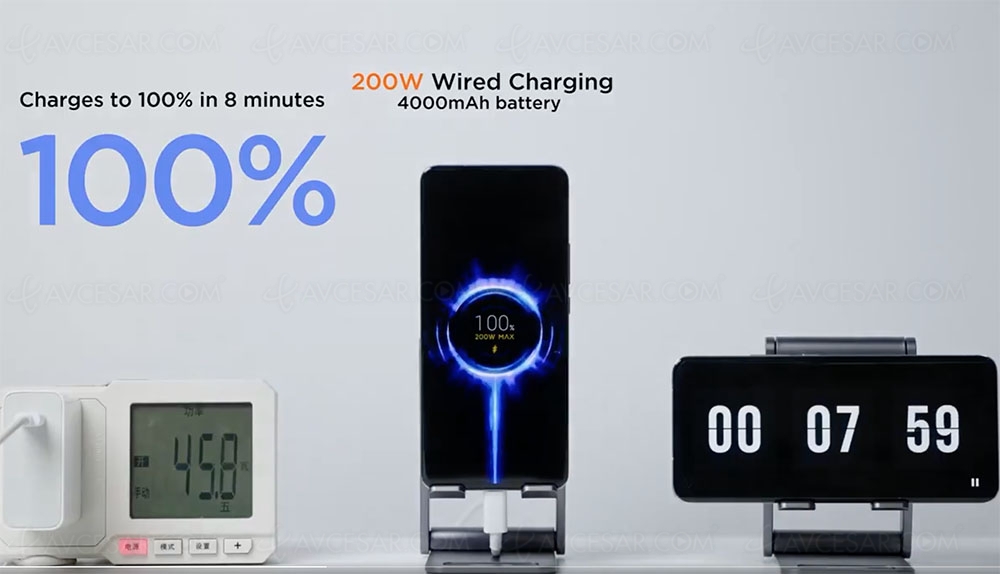