The Beijing 2022 Winter Olympics will begin in just over two weeks, on February 4 and run until February 20. Good news, it will be possible to watch many sports disciplines in Ultra HD 4K in France. We explain how to take advantage of it.

The information was initially published by Maxime on the ultra-k.fr website (thanks to him). He informs us that the Beijing 2022 Winter Olympics will be broadcast with more than a hundred hours of programs (110 hours of UHD 4K to discover in detail below by clicking on the photos to zoom), including the opening and closing ceremonies, by the ephemeral channel Eurosport 4K. 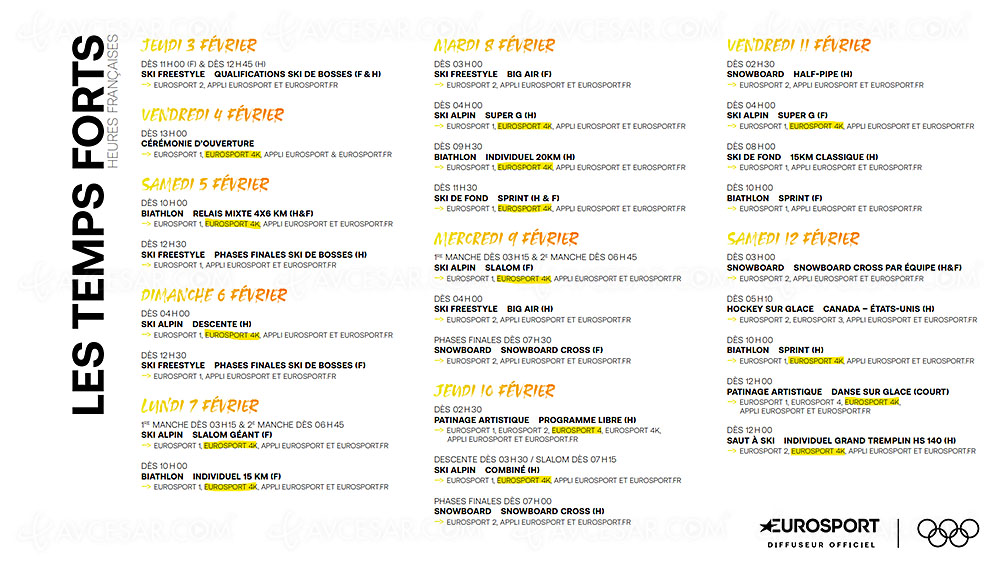 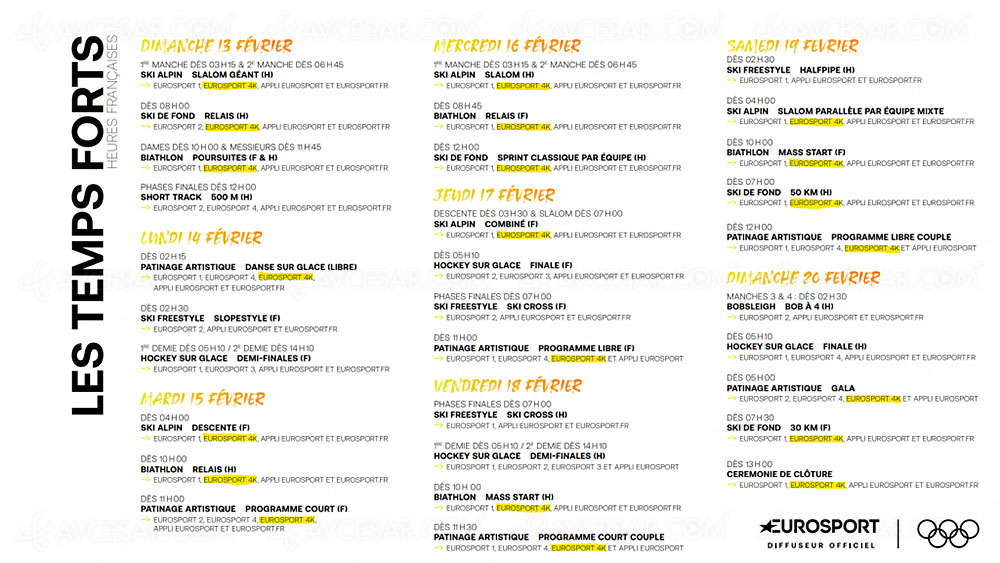 This will be an opportunity for French viewers, subscribers to Canal+ (OTT or satellite), to take advantage of the ephemeral Eurosport 4K channel announced on channel 62. Namely, Eurosport 4K will also be available from Bouygues Telecom (fiber subscription) on channel 57. No details for the moment as to Eurosport 4K via Orange. More details later… 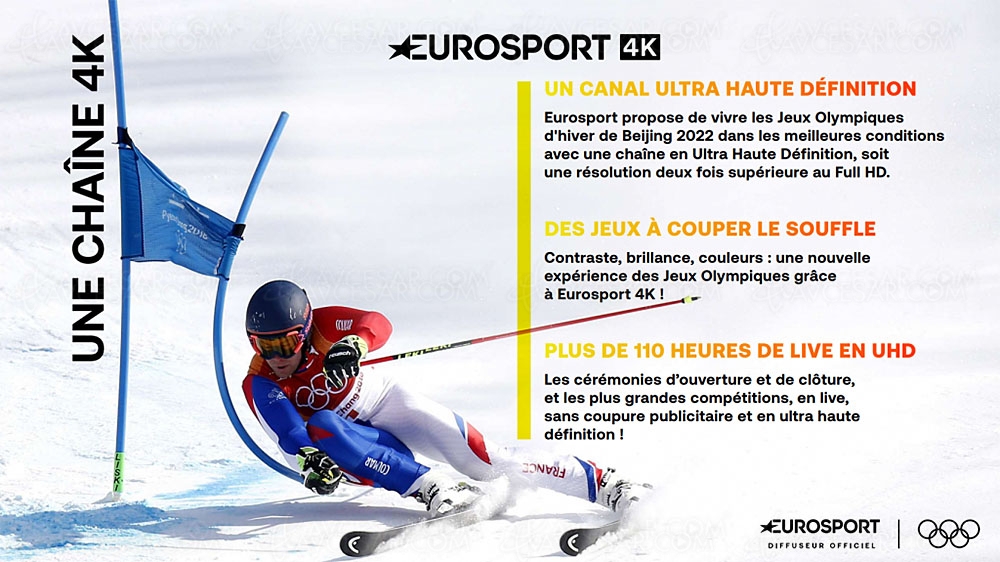