The NotebookCheck website got their hands on pictures of protective accessories for the next line of Samsung Galaxy S22 smartphones, confirming the special shape of the photo module of the top-of-the-range S22 Ultra.

We can see in passing that the other two models -S22 and S22 Plus- will be similar in terms of the arrangement of the cameras. At the same time, the leaky Ice Universe reveals that the Galaxy S22 Ultra will be equipped with a new type of component to manage the heat dissipation of the device which may heat up a lot, with high power required. It is a vapor chamber plate, which is a highly conductive material (usually made of copper) that uses the phase change technique to rapidly transfer heat. 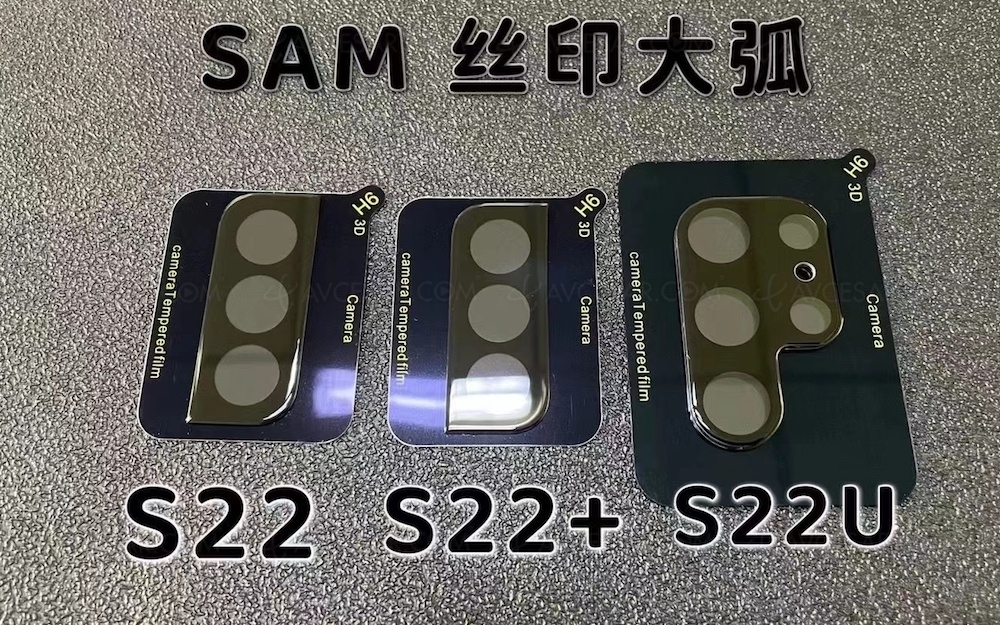