After the wrist, connected gadgets may be worn around the finger in the future.

What if the Apple Watch was worn around the finger? This is the idea behind these concepts signed Konstantin Milenin and The Apple Stack, two rings equipped with a small screen capable of communicating with your smartphone.

The ring on your finger

The first model named Apple Ring is reminiscent of a patent filed by Apple in 2015 and looks like a connected bracelet with a small touch screen around the edge. The second model is called Apple Ring Pro and is similar to a miniature Apple Watch.

A connected ring, why not? The size allows a minimal footprint and could be ideal during a sporting practice to have an eye on its performances and quickly consult the messages received on smartphone. Source: YankoDesign 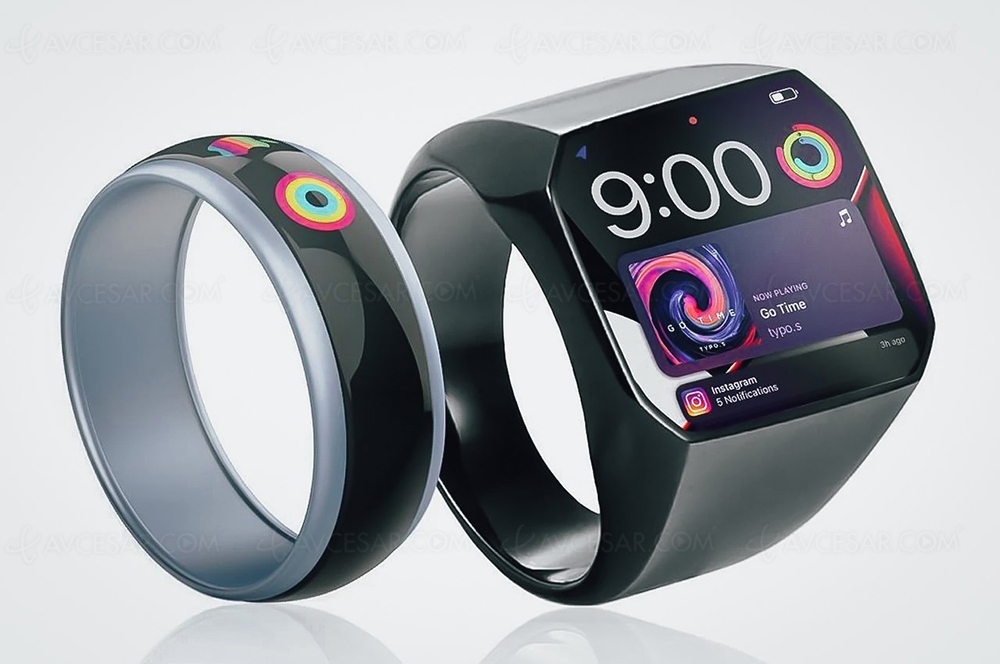