"People may not get all the hints in the movie, but at least they understand the important ideas. We wanted to make them think, to make them work their brains ”. Mission successful for the Wachowskis. The first film in their cult saga is announced as a Titan of Cult 4K edition.

Warner today confirms the release on February 2 of Matrix in Collector's Edition 4K Ultra HD within the Titan of Cult collection. On the program: new Steelbook packaging, goodies and shovel bonuses to dive back into the heart of the Matrix, while the latest Matrix 4 Resurrections is looming in theaters on December 22.

Filled to the brim with references (literary, philosophical, mathematical, anything goes) and formally hair-raising, Matrix illustrates with grids, numbers, characters doubled to infinity and special effects innovative for the time (the famous "bullet time") the crazy adventures of Neo (Keanu Reeves) in the fight against the matrix, understanding the network or the system, it's the same (Baudrillard and Lewis Carroll are not far, read about it the excellent review of the saga by Jean-Baptiste Thoret).

We will benefit for the occasion of the recent 4K scan of the original negative, supervised by the director of photography of the film Bill Pope. Labeled HDR10 and HDR Dolby Vision, the film will be completed by a Dolby Atmos track. As for the bonuses, we will find all the supplements of the previous Blu-Ray editions, namely: 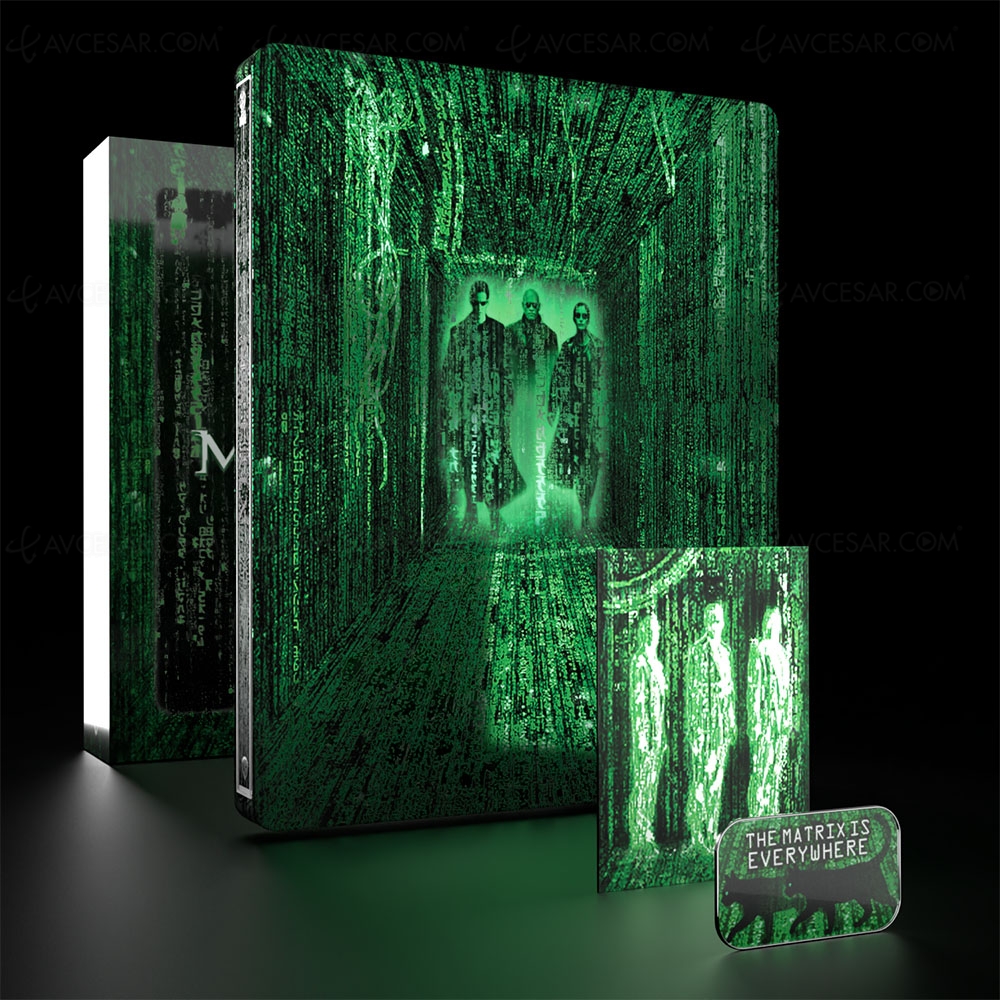