Slowdown for Disney but still in the Top 3 streaming services

After reaching the 100 million subscriber mark just a year and a half after its launch, Disney + is now, or after two years, at over 118 million.

An insolent growth aided in particular by the confinements resulting from the health crisis. Even if the streaming platform gained "only" 2.1 million new followers in the last quarter, it is third in the OTT services rankings and is slowly but surely getting closer to the two leaders.

Pioneer and undisputed number 1 in the OTT market, Netflix has 214 million subscribers (counted at the end of the third quarter of 2021), while Amazon Prime Video crossed the 175 million mark last May. Remember, however, that Prime Video is part of the Amazon Prime offer (200 million members) whose users are not necessarily registered only for the video streaming service. Illustration: Statista 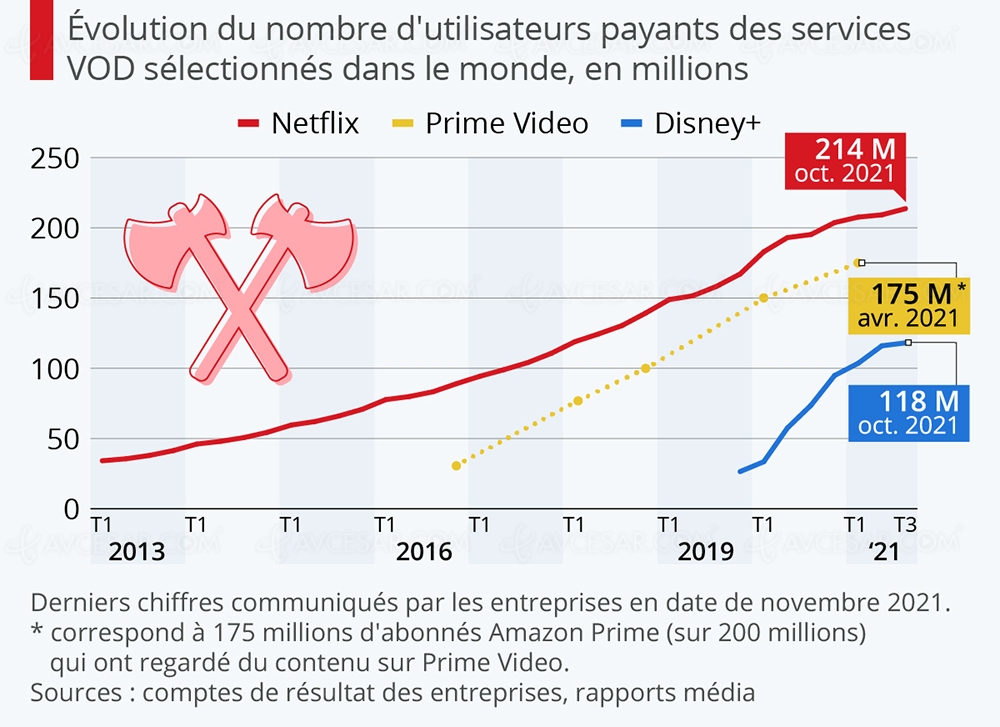