Tesla car on-board computer: as powerful as a PS5?

AMD Ryzen and Radeon processors, the new on-board computer in Tesla cars has characteristics comparable to those of new home game consoles.

YouTube channel Ingineerix dismantled the new on-board computer six months ago in Tesla electric cars to find out what was in it, and discovered components similar to those found in next-generation PlayStation 5 consoles and Xbox Series X / S.

10 teraflops in a Tesla

The videocardz site has drawn up a comparison table between the Tesla computer and several consoles, among which -that cannot be invented- the KFConsole from KFC… 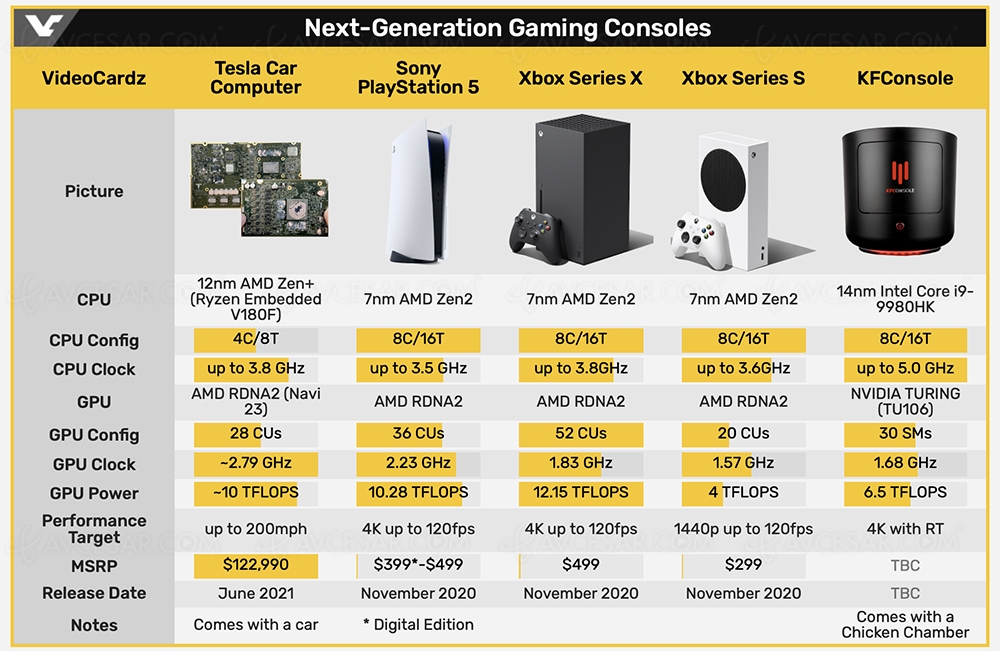