The leading music platform Spotify announces its excellent results for the third quarter of 2021.

On the occasion of the announcement of its latest quarterly results, Spotify declares 172 million paying subscribers and 381 million monthly active users. An increase of 19% for both categories compared to the same period last year.

Spotify therefore retains its position as market leader in music streaming services, ahead of Amazon Music and Apple Music, which do not usually reveal their figures, but which would have respectively 63.3 million (estimate March 2021) and 108 million subscribers (June 2021 estimate) according to the latest Musically estimates.

Target 177 million paying subscribers at the end of 2021

By the end of the year, Spotify expects to reach 400 million users and over 177 million paying subscribers. It should also be noted that the average turnover per user increased in the last quarter to 4.43 €, against 4.29 € in the previous quarter, an increase of 4% compared to last year. In fact, Spotify recorded a profit of 2 million euros over this three-month period, while in the same period in 2020 the company posted a deficit of 101 million. Nice progress. 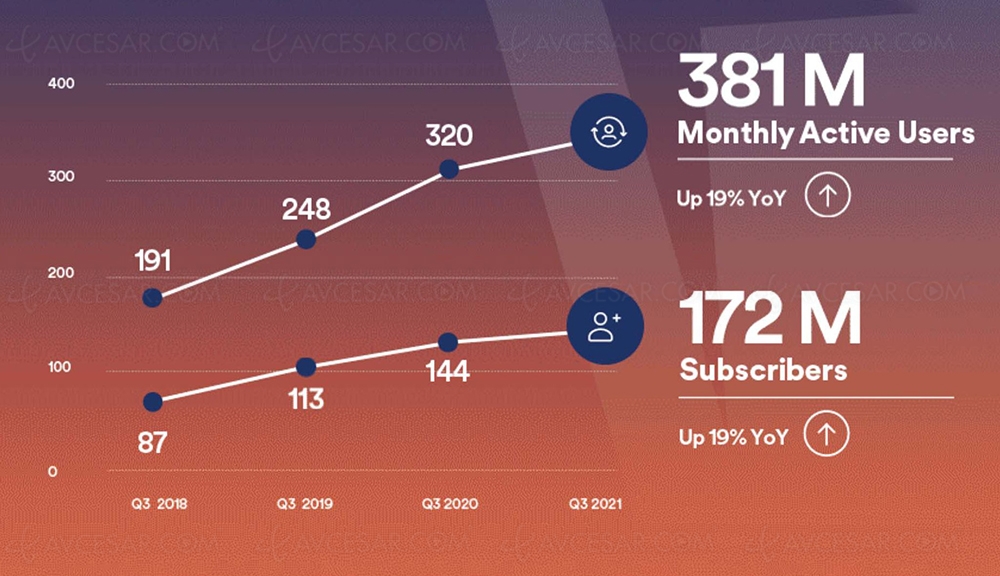