Flexible displays have a future not only in smartphones, but also inside our vehicles.

As part of a design competition led by the Chinese manufacturer Royole on the theme of the original use of flexible screens, the industrial designer Zhiyuan Xing proposed this flexible dashboard for cars (see visual below ). 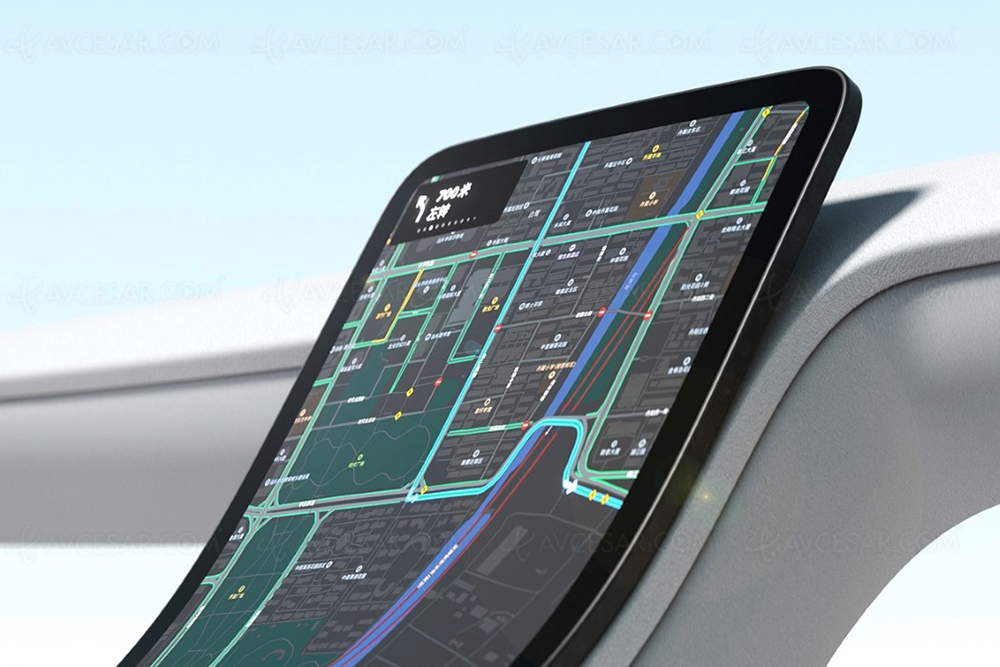 This screen is positioned between the two front seats, acting as a cover for the storage spaces usually located there. The vertical and slender screen can be closed and opened at the top and bottom like a leaf with the edges lifted, to reveal two compartments. Closing is done via a magnetic system (see visual below).

As for the screen itself, it displays the information necessary for driving such as a GPS map or commands for the air conditioning, opening the windows and other useful functions. Source: YankoDesign 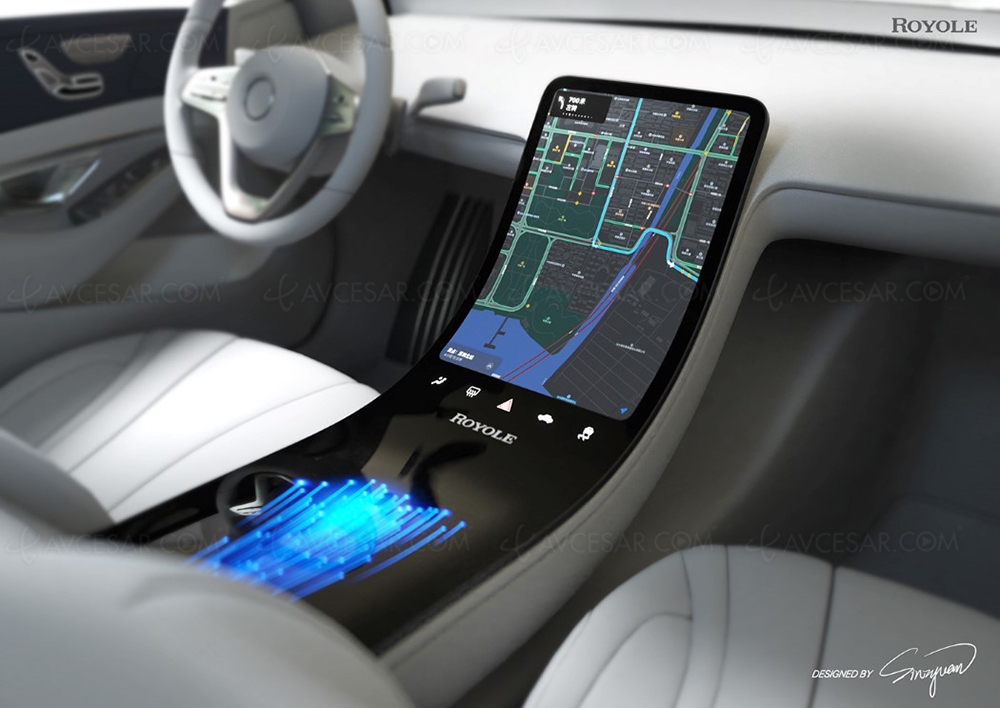