Samsung is releasing the 2021 professional version of its incredible giant screen for businesses and professionals, the IWA Series.

The new version of Samsung's giant screen The Wall is now available for businesses and commercial applications. Modular model Micro LED, it exceeds 1000 '' (25.4 meters) diagonal and improves many points compared to the previous model. 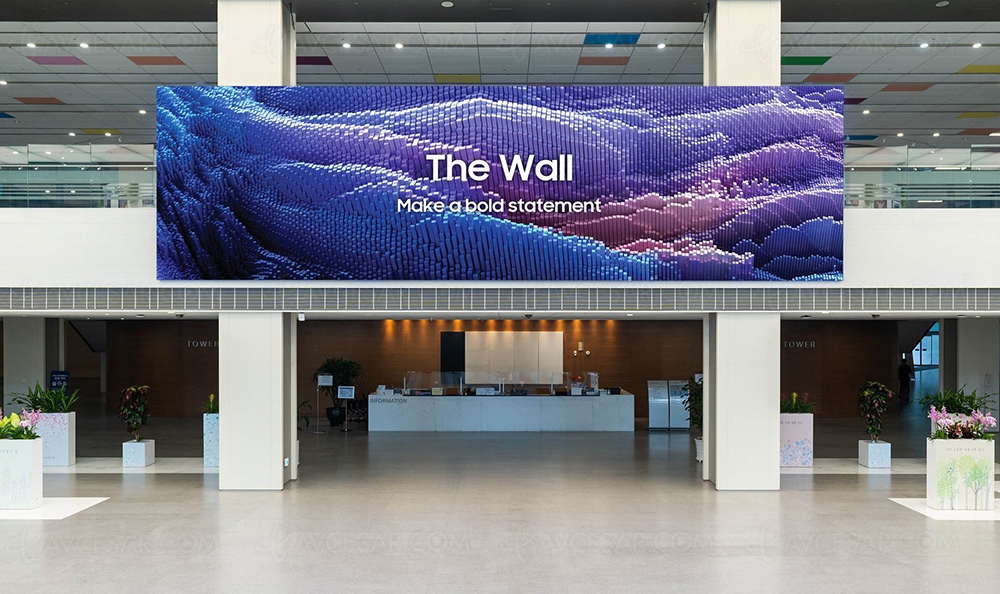 Each LED is thus 40% smaller, allowing better contrast and improved color uniformity. Likewise, Micro HDR and Micro Motion (motion compensation) technologies are in the game. Brightness rises to 1600 nits and color purity has also been improved. Samsung also prides itself on a new AI processor that improves image quality and contrast, while reducing artifacts. Note also a screen thickness divided by two.

The original 8K resolution at 120Hz allows for simultaneous display of four separate Ultra HD 4K video sources, and the modular concept still allows various shapes to be shaped for the screen, for example an ultra-wide configuration of 15 360 x 2 160 pixels or a 16K definition. Finally, the screen can be positioned concave, convex, and / or hung from the ceiling and an L-shaped wall (to occupy the wall and the ceiling).

Of course, do not expect to see such a monster in your living room tomorrow, especially since the Korean manufacturer has not given any pricing details. These are therefore made-to-order and tailor-made products. But Samsung's advancements in the professional field - still ahead of the mainstream market - give an idea of the technologies that could arrive at home in the future. 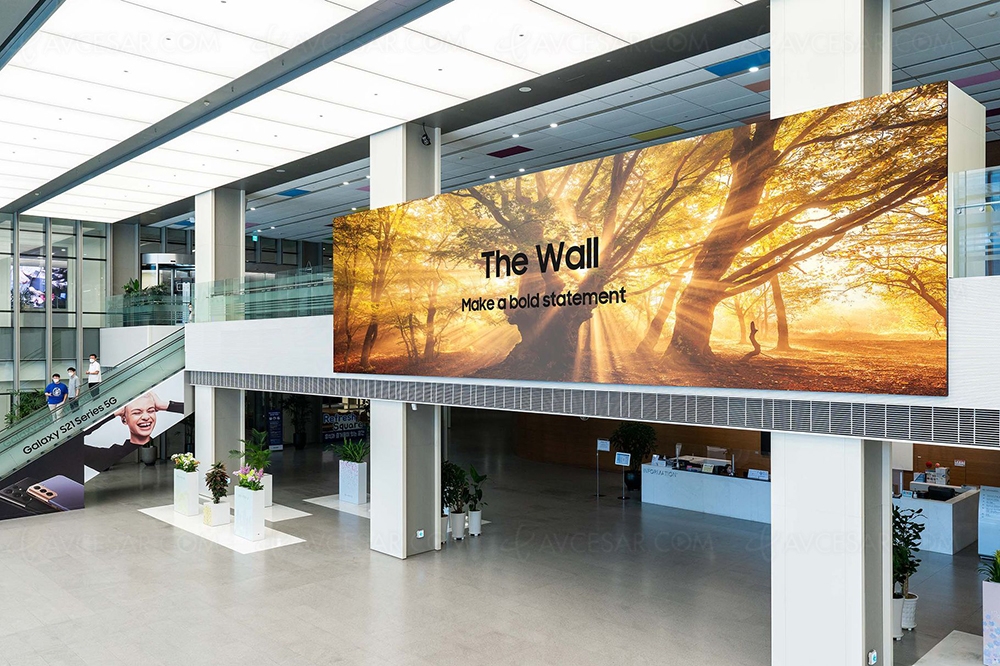