China goes all out on 6G

When it comes to patents for the future standard that will succeed 5G, China is ahead of the rest of the world.

As 5G begins to gain momentum, research into 6G is already well underway. Based on data from the Japanese firm Cyber Creative Institute, the Statista site ranked countries and regions around the world according to the number of patents filed for the upcoming 6G mobile communication standard. These documents cover topics such as communications, quantum technology, network antennas and artificial intelligence. 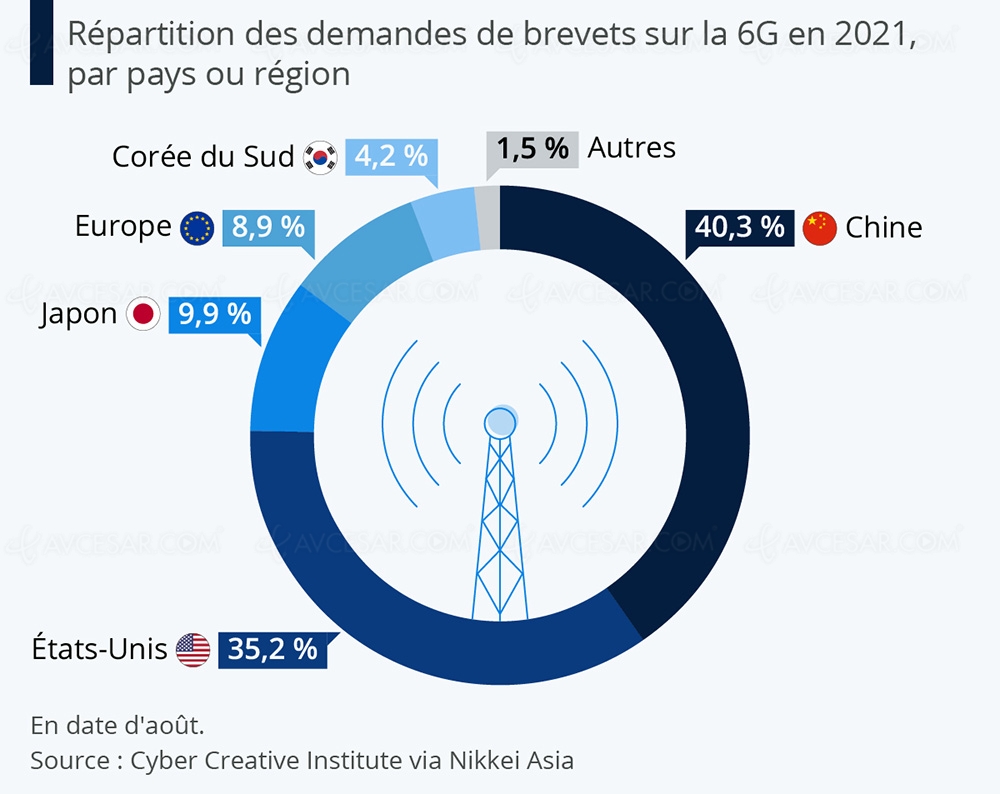