When the television is turned on, subscription and free streaming are preferred by Americans over the once popular linear pay-TV (cable, satellite, VOD) viewing sources.

In recent years, TV viewing sources have multiplied and preferences are starting to clearly emerge.

The firm Hub Entertainment recently interviewed on this subject more than 1,600 Americans aged 16 to 74, subscribers to broadband Internet and watching a minimum of one hour of television per week. While in 2018, a similar survey estimated the number of TV viewing sources per user at three, in 2021 this study shows that this figure is almost six.

As the first choice when it comes to watching something, that is to say when switching on the television, 55% of viewers (5% more than last year) turn to a service streaming: for example Netflix (subscription), Pluto TV (free), or YouTube TV (live TV). 39% (or 3% less than 2020) choose a traditional pay TV service (live, video recording, or VOD). 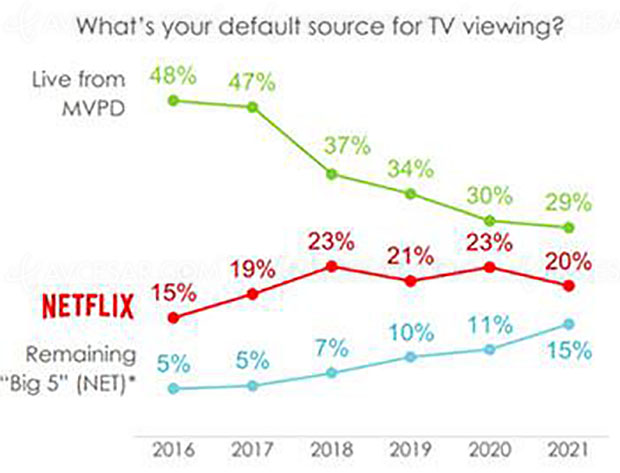 Netflix in decline but still leader of the streaming market

Until 2018, Netflix was on its way to surpass pay-TV as the top viewing choice on its own, but the service has lost 3% since 2020 (see visual above). Reason: fierce competition from Hulu, Amazon Prime Video, Disney +, and HBO Max which together are up 4% from last year. 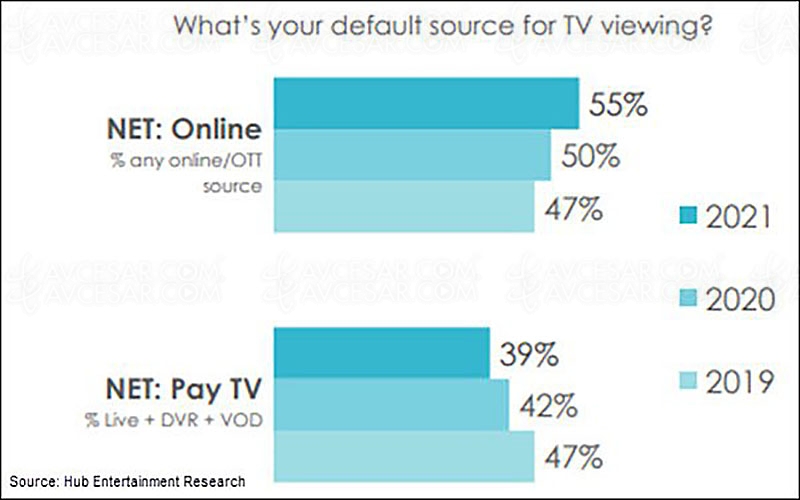